As elections inch closer, Sukhbir has intensified visits to holy shrines relating to Hindu community not only in Punjab, but in neighbouring Himachal Pradesh and Rajasthan too. 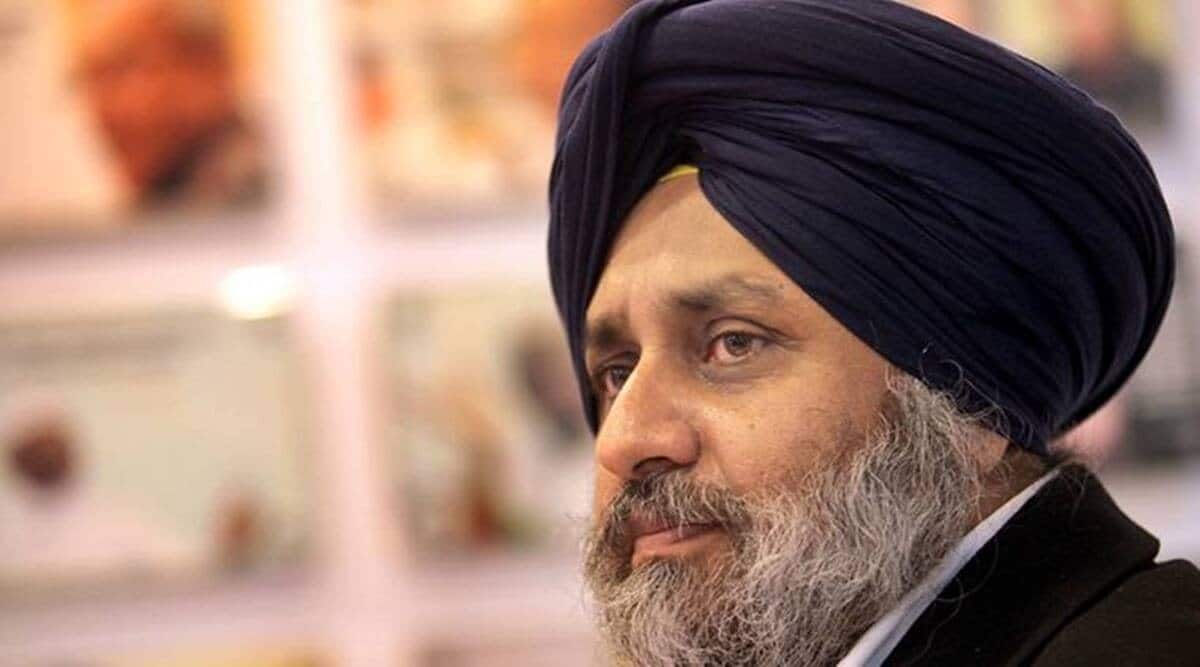 Set to face a litmus test in the 2022 Punjab Assembly elections, Shiromani Akali Dal (SAD) president Sukhbir Badal is going all out to project his party as a votary of peace, communal harmony and secularism as he goes on a pilgrimage spree visiting holy places and extending greetings on the historic days relating not only to Sikh community, but other religions too with a focus to woo Hindu voters.

As elections inch closer, Sukhbir has intensified visits to holy shrines relating to Hindu community not only in Punjab, but in neighbouring Himachal Pradesh and Rajasthan too.

The Akali Dal chief’s move to focus on Hindu vote bank is also being seen as fallout of breaking up of party’s alliance with BJP on the issue of farm laws. The SAD is contesting 2022 polls in alliance with Bahujan Samaj Party.

While Sukhbir is making a point to visit local places of religious importance during party programmes and campaigns in constituencies, he is also ensuring that he does not miss out on places outside the state that are visited frequently by the members of Hindu community from Punjab in large numbers.

On Tuesday, he visited Salasar Balaji Dham, a revered religious destination for devotees of Lord Hanuman in Churu district of Rajasthan. “Paid obeisance at Salasar Balaji Dham, prayed for peace & communal harmony as well as progress & prosperity of Punjab & Punjabis. I assure that once the Akali-BSP alliance forms govt, Mukh Mantri Teerath Yatra scheme initiated by former CM S. Parkash S Badal would be started,” he tweeted with photographs of him paying obeisance and receiving honour from the priest.

In another tweet, he wrote, “Former CM S. Parkash Singh Badal started the Mukhmantri Tirath Yatra Scheme to provide free travel to the pilgrims visiting different places of worship. After coming to power, we will restart the same to facilitate pilgrimage for devotees who cannot afford the yatra.”

Earlier, before proceeding to Salasar in a bus along with several party leaders, Sukhbir tweeted, “Proceeding to Shri Salasar Dham in Rajasthan to pay obeisance to Balaji Maharaj & pray for everlasting peace, communal harmony & brotherhood in Punjab. May Lord Balaji shower his blessings on all of us.”

On the first day of Navratri, Sukhbir had visited Maa Chintpurni Temple on October 7 and prayed for “peace, communal harmony and brotherhood” and stated he was blessed to have “Khulle Darshan” at the temple. Two days later, on October 9, he paid obeisance at Devi Talab Mandir in Jalandhar.

On October 27, he paid obeisance at Lord Shiva temple in Nalas village in Rajpura with party candidate Charanjit Singh Brar. He was in Rajpura that day for political campaign where he met industrialists and interacted with members of district bar association. He also paid tribute to Dr B R Ambedkar at ITI chowk.

And in between, last month, he made it a point to wish people on Durga Ashtami and Karva Chauth through his twitter handle where he has been greeting and wishing members of every community, on days and events, respectively celebrated by them. Earlier, on October 11, Sukhbir paid obeisance at Golden Temple and Pracheen Shivala Mandir in Amritsar.

Earlier this month, he also wished people on the occasion of “Goverdhan Puja’.

A senior Akali leader said, “It is a part of an exercise to show that Akali Dal respects all religion and each and every section of society. There is a message of secularism in this. SAD president is visiting popular places of every community which are visited very frequently by members of respective community. The idea is that his presence is felt at such places and SAD message of peace, communal harmony and secularism is conveyed.”

Under Sukhbir’s command as president, the party had finished poor third in 2017 Assembly elections, winning merely 15 out of 93 seats it had contested in alliance with BJP, which won three out of 24 seats it had contested. Earlier, the SAD-BJP alliance had created a history by winning consecutive elections in 2007 and 2012. But, after 2017 poll debacle, question marks were raised over the functioning of Sukhbir as president with a section of the veteran party leaders, blaming his style of functioning the worst ever performance of the party, and eventually ending up parting their ways. Since then, Sukhbir has worked hard to consolidate his position in the party and has largely succeeded in keeping the flock together. With nonagenarian Akali patriarch and five time CM Parkash Singh largely missing in action due to age and health issues, Sukhbir is in total command as party goes to polls. It is under this set of backdrop that 2022 Punjab elections would be a litmus test for junior Badal.