Police said they all came to Chhatrasal stadium from Aasoda village in Bahadurgarh at around 12 am on May 5, and assaulted Sagar and three of his friends along with decorated wrestler Sushil Kumar and others 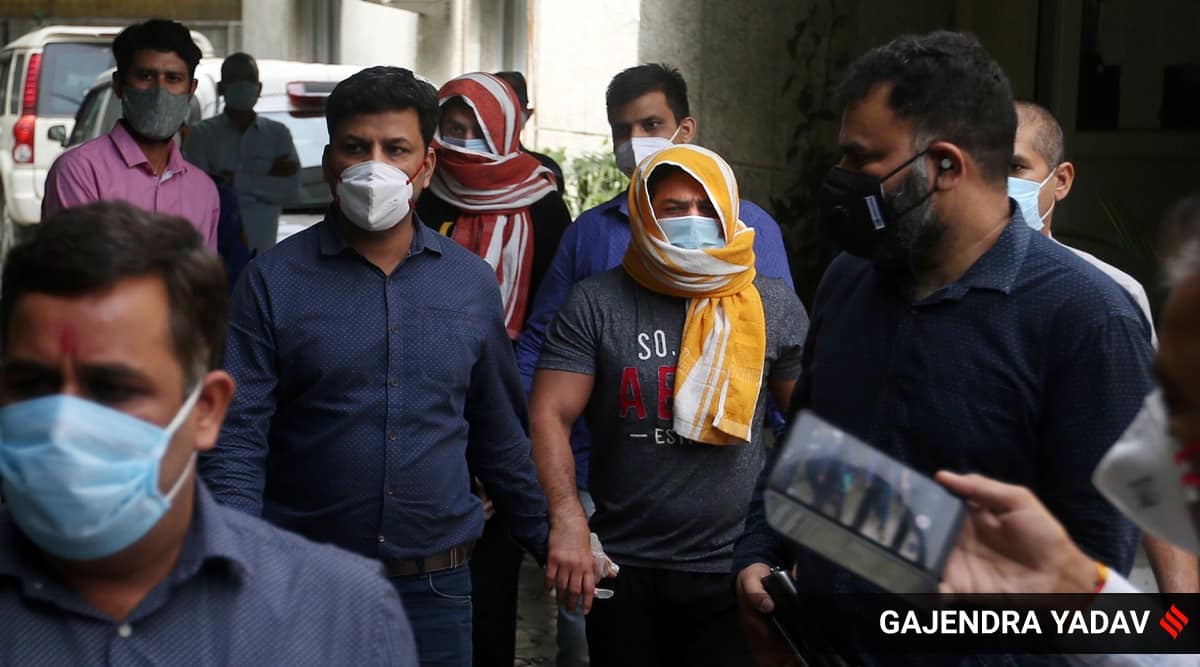 Four Haryana-based criminals have been arrested in connection with the murder of 23-year-old former junior national wrestling champion, Sagar Dhankhar. Police said they all came to Chhatrasal stadium from Aasoda village in Bahadurgarh at around 12 am on May 5, and assaulted Sagar and three of his friends along with decorated wrestler Sushil Kumar and others.

They also allegedly abducted Sagar and Sonu from their flat in Model Town earlier that night.

DCP (Rohini district) Pranav Tayal said the arrested men have been identified as Bhupender (38), Mohit Aasoda (22), Gulab (24) and Manjeet (29). “Bhupendra was a close associate of a former sarpanch Rajeev, alias Kala, of Aasoda village in Bahadurgarh. In 2011, he was arrested in a double murder case and was in jail till February 2021. After coming out, he was reviving his gang to take revenge,” he said.

Police have found that Mohit Ashoda is a close aide of one gangster Naveen Bali, who has been running Neeraj Bawana’s gang after the latter’s arrest.

“We received information on May 25 that four persons of Kala-Aasoda gang and Neeraj Bawana gang in connection with the murder of Sagar at Chhatrasal stadium, would be coming to village Ghevra, would be coming to meet their associate. Acting on this information, a trap was laid near Ghevra railway crossing and arrested four men,” he said.

Tayal said they all have disclosed during questioning that they came to Chhatrasal stadium on May 5. “At around 12 am, they all reached the stadium in their two vehicles – a Scorpio car and Breeza car. They were actively involved in the crime and they have narrated the sequence of events and details of other persons involved in the crime. On hearing the police siren, they could not escape in their vehicles and left their cars and their weapons at the spot,” he added.