Motorcyclists and cars moved from the Attari border with Pakistan to the Golden Gate at Amritsar. The march was led by SAD president Sukhbir Badal. 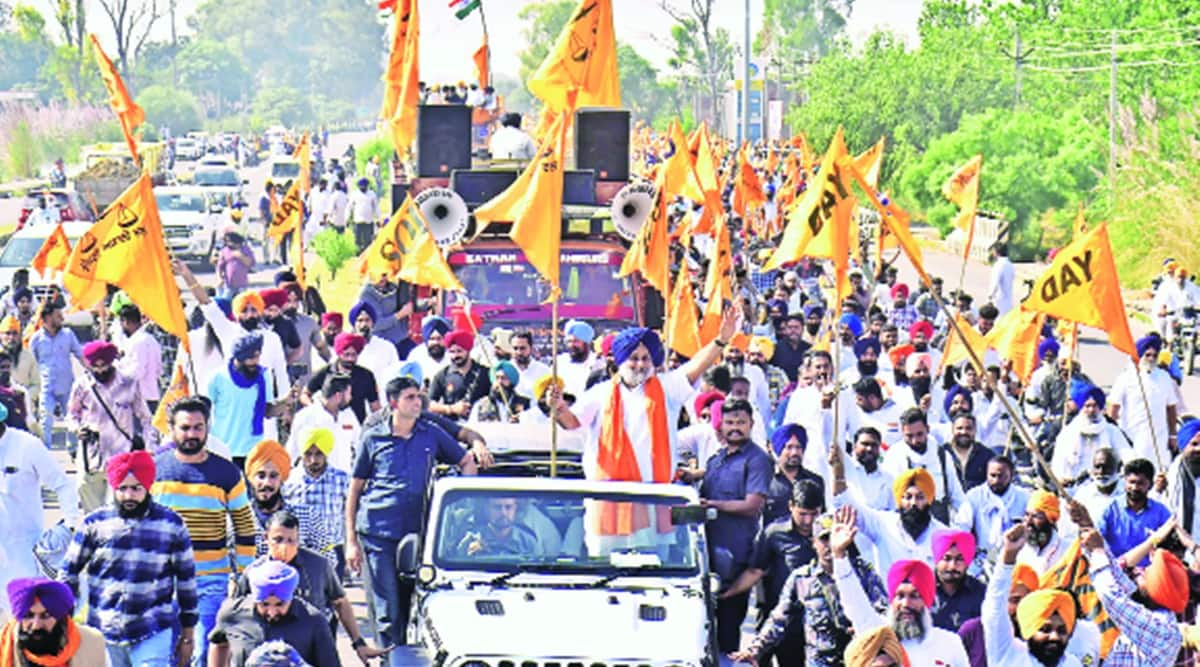 THE SHIROMANI Akali Dal (SAD) on Friday held a ‘Virodh March’ to “uphold federalism” and express their angst against the Congress government and Chief Minister Charanjit Singh Channi for “surrendering before the Centre and agreeing to extension of central jurisdiction in Punjab”.

Motorcyclists and cars moved from the Attari border with Pakistan to the Golden Gate at Amritsar. The march was led by SAD president Sukhbir Badal.

Speaking to journalists at the Golden Gate, Sukhbir said: “The electrifying atmosphere is there for you to see. People have formed a sea of humanity to send out a clear signal that they will not tolerate any dilution of the federal structure by extending the jurisdiction of the Border Security Force (BSF) to 50 km from the international boundary from the present 15 km. Punjabis had also displayed their resolve that they would not let the conspiracy to make the state subservient to the Centre succeed at any cost.”

“This is the time for firm decisions. Passing resolutions in the state Assembly will not resolve this crisis,” he added.

Majithia, while speaking on the occasion, said the BSF should be limited to guarding the border and it was a border force which should not be involved in internal security. He added, “This was not the first time the Congress government had colluded with the Centre while disclosing how the responsibility of manning the state jails was also given to the CRPF.”