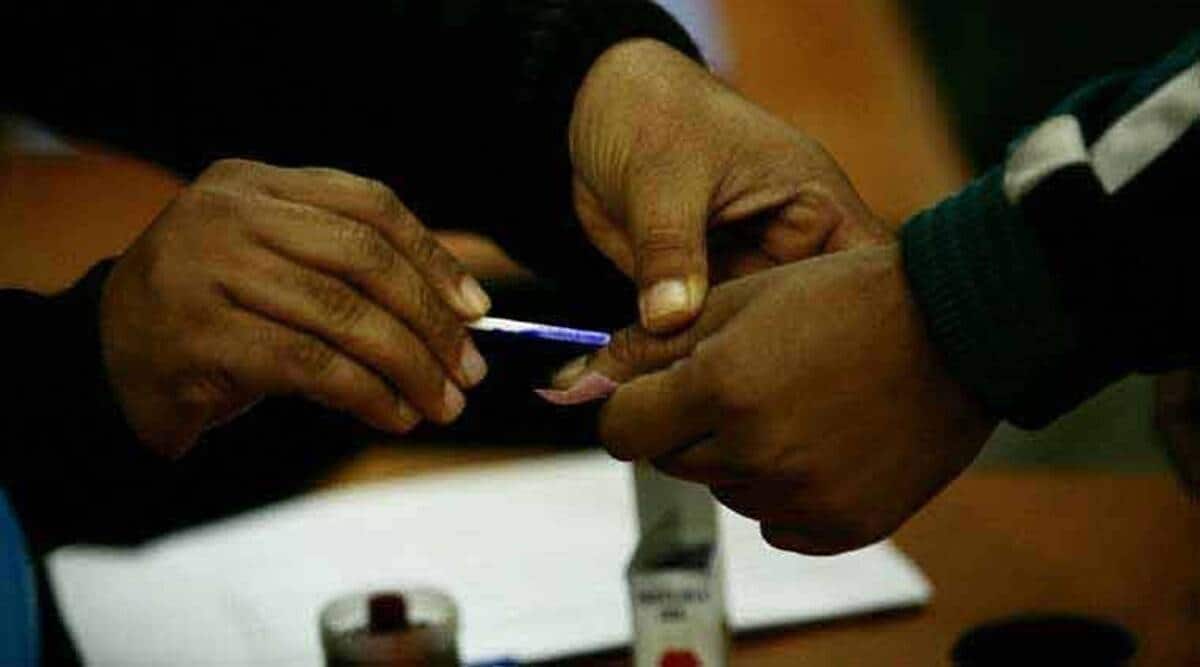 The Gujarat State Election Commission (SEC) website will declare the final voting figures later in the evening. The results are expected Tuesday after the counting of votes.

“The voting remained peaceful. There were some incidents outside polling stations which the police will look into,” said SEC Chairman Sanjay Prasad.

A total of 161 candidates were in the fray for the 44 seats across 11 wards in GMC. This time, the elections have become a three-pronged contest with the entry of the Aam Aadmi Party (AAP). While the ruling BJP and the opposition Congress fielded candidates on all 44 seats, the AAP had candidates in 40 seats. Other candidates in the fray include 14 from the Bahujan Samaj Party (BSP), two from the Nationalist Congress Party (NCP), six from other parties and 11 independents.

A total of 2.82 lakh voters–1.45 lakh males and 1.36 lakh females–were expected to cast votes in the elections. The SEC had set up a total of 284 polling booths of which 129 were marked as ‘sensitive’.

In the previous GMC elections, the BJP and the Congress were tied with each party winning 16 of the total 32 seats. But within days, in a stunning move, Congress councillor Pravin Patel and one of his associates defected to the BJP, paving the way for the latter to form the body in GMC. Patel then became the Gandhinagar mayor.

Later, following the new delimitation, the total number of seats in GMC was increased to 44. Elections to GMC were due in April this year. However, it was postponed owing to the Covid-19 pandemic.

Being the state capital where a significant number of residents are government employees, GMC elections assume significance. This was also the first major election after newly-appointed Chief Minister Bhupendra Patel took charge.

Peace has come to BTR like a daughter-in-law to her marital home: Himanta