"I might have said in the past that it's a community transmission in Goa. But I enquired and was told that it was not so..the virus is not in the air," the CM said. 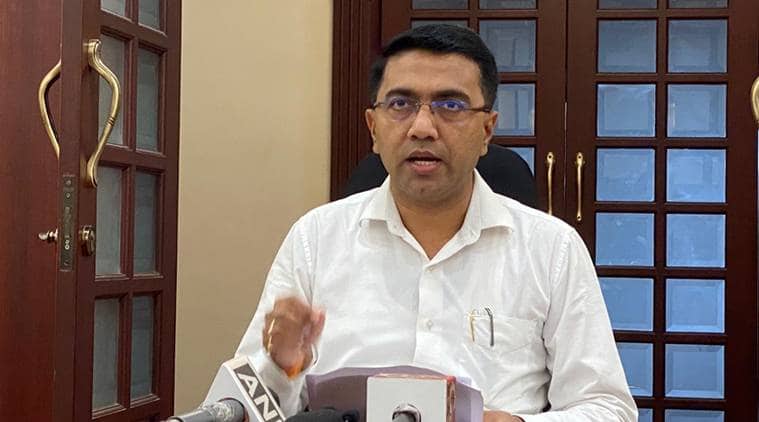 Days after stating that community transmission of coronavirus might have set in Goa, Chief Minister Pramod Sawant on Wednesday retracted his statement.

Sawant said the “virus is not in the air” in Goa and that health authorities can identify the trajectory of infection.

“I might have said in the past that it’s a community transmission in Goa. But I enquired and was told that it was not so..the virus is not in the air,” the CM said.

Sawant said the infection passed on from one person to another.

“We need to be alert. I have been time and again asking people to keep a safe distance from each other, and wear mask. We should not violate these guidelines,” the CM said.

Responding to a query, the CM sought to allay concerns over a BJP MLA testing positive for coronavirus on Tuesday.

The MLA had attended a meeting of BJP legislators called by the CM last week.

“Proper social distancing was maintained during the meeting,” he said.

When asked about the fourth death due to COVID-19, Sawant said the patient might have contracted the infection at the isolation ward of the Goa Medical College and Hospital, where he was admitted.

The deceased was a 64-year-old man from Taleigao village near Panaji. He died at the ESI hospital after being tested positive for the viral infection.

“Though we sanitise the isolation ward regularly, there could be a possibility that he may got infection from there,” he said.

For all the latest Goa News, download Indian Express App.