He said every person of the state was enjoying the benefits of the central and state government schemes without any discrimination based on caste, religion or regional basis. 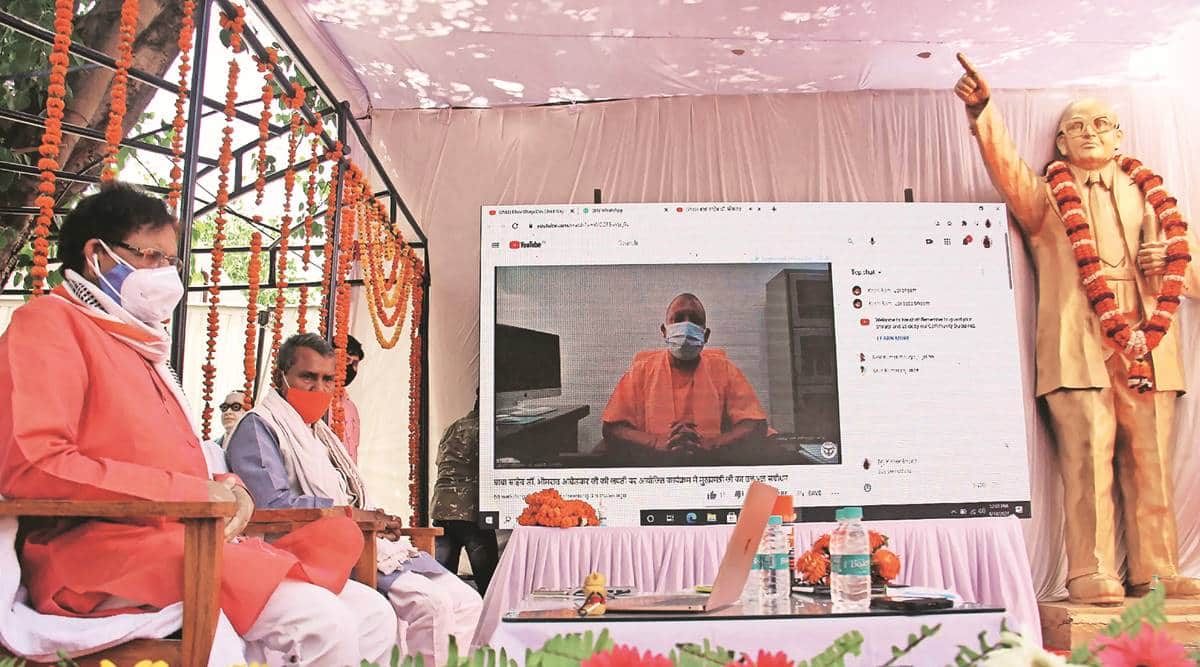 Chief Minister Yogi Adityanath on Wednesday paid tribute to Dr BR Ambedkar on his birth anniversary and said the state government is working on his principles to ensure benefits to all sections of society without discrimination.

He said every person of the state was enjoying the benefits of the central and state government schemes without any discrimination based on caste, religion or regional basis.

“The central and state governments have been working to fulfil his aspiration to give every Indian citizen a life without discrimination and under democratic principles,” he said.

“The state government is working towards upliftment of people without any discrimination. The government is offering benefits in the field of healthcare, education, housing, education, food security, gas connections, toilets and electricity,” the CM said.

The CM said during the last four years, the state government had provided toilets to as many as 2.61 crore poor people, while over 1.57 crore were provided free gas cylinders. “Along with this, electricity connections were made available to 1.38 crore people and 14 crore people are getting the benefit of the ration facility. People are reaping benefits from schemes such as Kisan Nidhi and Ayushman Bharat and also other schemes of the BJP government,” he said.

Remembering the role that Ambedkar played in establishing the largest democracy in the world, the UP CM said, “Babasaheb kept fighting throughout his life for the rights of Dalits and oppressed sections of the society, and always wanted to ensure they are not deprived of education, which is their fundamental right. The state government is also working in the same direction.”

He added, “Eighteen Atal Residential Schools in 18 divisions of the state have been set up where the children of labourers and the poor are given residential education. Also, mass marriage programmes are being organised on a large scale in the state without any discrimination.”