Before Karanj, INS Kalvari and INS Khanderi have been commissioned in the Indian Navy in 2017 and 2019, respectively. Karanj sailed for over 100 days as part of trials before being commissioned. 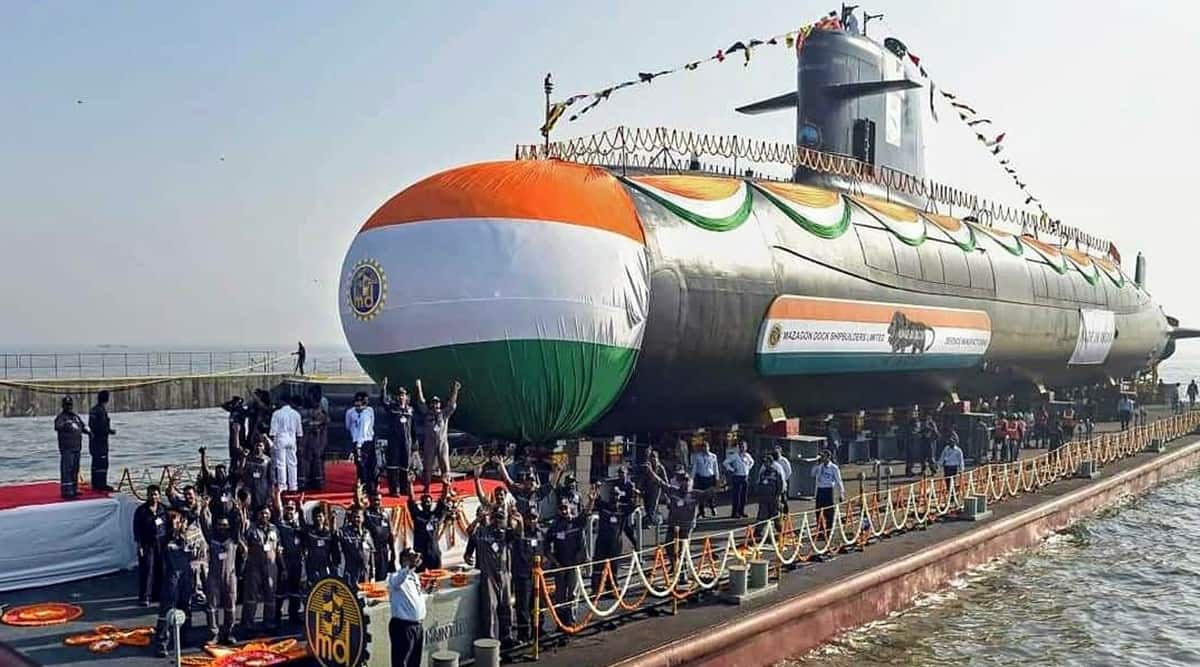 Indian Naval Ship (INS) Karanj, which will be commissioned on March 10, is the third of the six Kalvari-class diesel electric submarines to start functioning in the navy since 2017.

“We can proudly say that Karanj is the first truly indigenous submarine. It encapsulates the spirit of ‘Make in India’. Karanj is like a child to us who we have seen growing into a monster,” said Commanding Officer Captain Gaurav Mehta who has served for nearly 20 years in the navy.

On Saturday, media persons were given a tour of the submarine stationed at the Naval Dockyard. Onboard, Motani Suhail, master chief of the submarine, said: “There will be 39 personnel onboard when the submarine works in shifts. They have been specially trained for a long period to serve on the submarine for months, which is quite a challenging task.”

“Once the submarine is in action, the crew have to ensure they do not make any noise. There is no sunlight for days. We bathe once every four days. We cannot exercise much as it increases carbon levels inside the ship. We have to clean our own toilets unlike in ship and maintain a strict diet,” said a navy official.

Before Karanj, INS Kalvari and INS Khanderi have been commissioned in the Indian Navy in 2017 and 2019, respectively. If everything goes as planned, the navy aims to commission remaining three submarines as scheduled. Karanj sailed for over 100 days as part of trials before being commissioned.

All the six Kalvari-class submarines have the same capabilities but they can be deployed in different roles. This includes guarding a strategic point in the sea, laying mines, gathering intelligence, dropping marine commandos and engaging with enemy ships as per orders.

Karanj is seen as a small submarine having a length of 60 metres. Though it cannot be compared to the nuclear-powered submarine Arihant, this class of conventional submarines have their own advantages, said an official.

“A nuclear-powered submarine is long and heavy and has its own advantages but Kalvari-class submarines are important in their own way. They are smaller, easier to manoeuvre and can go closer to the coast. Besides, the construction and operating cost are less,” the official added.

Kalvari-class submarines are being constructed by public sector shipbuilder Mazagon Dock Ltd (MDL). As per the contract with a French company, they would teach MDL and transfer the technology to India so it can make these ships indigenously.

“It’s like an experiment. A lot of lessons have been learnt from experience and more lessons will be learnt as we move forward on our mission to make submarines indigenously. We have one of the best submarines and crews in the world,” said Mehta.