For decades, Haji Faiyazuddin not only ran the Haji Hotel, visible from the steps of the Jama Masjid, he was also a treasure trove of stories about the Walled City and the “binding force” in his ancestral home. He passed away early Wednesday morning at 82. After testing positive for Covid-19 on April 7, he […] For decades, Haji Faiyazuddin not only ran the Haji Hotel, visible from the steps of the Jama Masjid, he was also a treasure trove of stories about the Walled City and the “binding force” in his ancestral home. He passed away early Wednesday morning at 82.

After testing positive for Covid-19 on April 7, he was admitted to Max hospital. On April 17, he tested negative and was shifted to the non-Covid ward. With a history of heart disease and diabetes, his condition deteriorated in the last three days.

‘Haji Miyan’, the name the city recognised him by, was given to him when he was two years old. He had accompanied his parents on a pilgrimage to Mecca and that’s when his grandfather, who had migrated to Saudi Arabia, saw him for the first time. And it was he who gave Haji the moniker.

His nephew, Dr Suhail Qureshi, said ‘Haji abba’ used to recite a myriad of tales from bygone days, all of which he knew by heart. One particular story that struck a chord with him was of their ancestral house in Chawri Bazaar, their current residence. 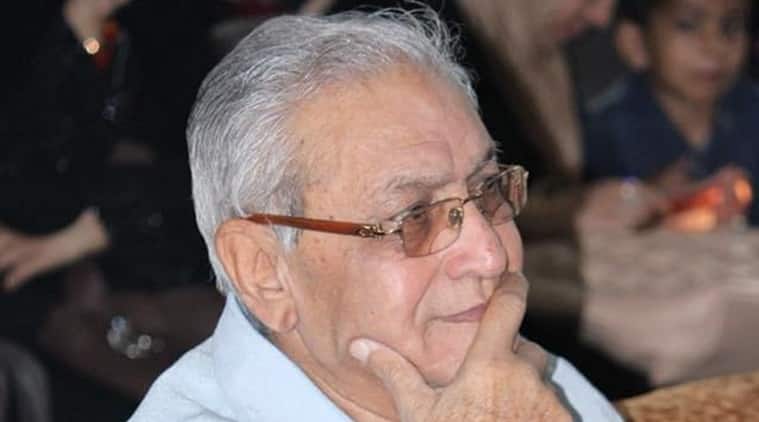 “While my sister and I were growing up, he used to tell us that his parents almost left this house to migrate to Pakistan. At the station Haji’s father was having second thoughts. He came back to take one last look at the house. He saw that the house pet, a cat, had died. That was when he decided that he would stay and die here because even the house pet did not leave,” he said.

Haji was the sixth generation to have lived in the house. His body was brought back home for rituals on Wednesday.

His close friend, R V Smith, had earlier told The Indian Express that Haji had told him stories of Old Delhi for decades. In fact, Smith had dedicated his last book, Delhi’s Curly Tales (2018), to Haji. He referred to him as “the successor of a historic family of Delhi and a repository of cultural heritage of the Walled City”.

The hotel, which was started as a snacks and tea place by Haji’s father, was later turned into a guesthouse. Back when the annual Mushaira and Kavi Samelan took place in Jama Masjid on January 26 every year, poets would stay here, often gathering on the balcony for impromptu sessions.

Haji was known for his involvement with numerous organisations. He was the secretary of an orphanage, Bachchon Ka Ghar, the secretary of the Qabristan Committee, and was also involved with a number of madrasas. Till last year, he was trying to arrange burials of Covid patients.

He did not have children, and his wife passed away a few years ago. Suhail said Haji brought him and his sister up like his children. “Without him, we are all independent bricks. He was the cement that bound us together.”