The matter pertains to recently announced appointment of IPS officer Kala Ramachandran as Principal Secretary (Transport), Haryana. The officer figured among 10 IPS officers whose transfer/posting orders were issued on September 1. 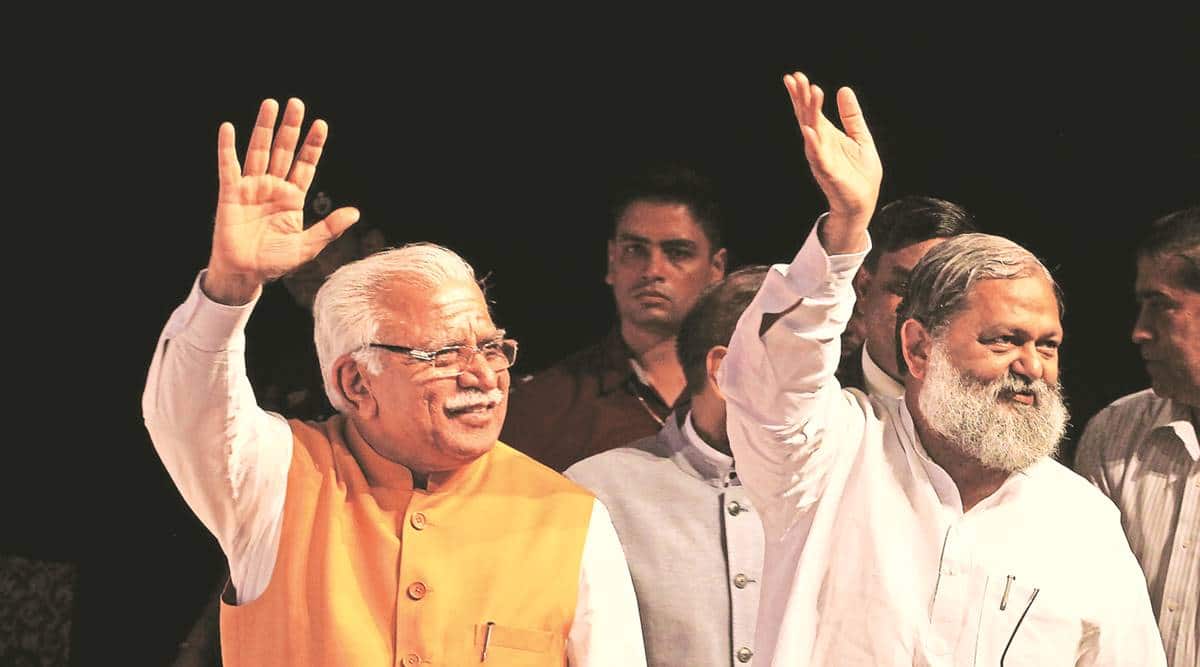 In a move that runs contrary to the All India Services (Cadre) rules, Haryana government is pushing to appoint an IPS officer on a cadre post meant for IAS officers. While CM Manohar Lal Khattar’s office has backed the move to appoint an IPS officer’s appointment on the cadre post meant for IAS officers, Home Minister Anil Vij has refused to relieve the IPS officer till state government takes prior permission from the central government, which is a mandatory requirement in such cases under the AIS (Cadre) Rules.

The matter pertains to recently announced appointment of IPS officer Kala Ramachandran as Principal Secretary (Transport), Haryana. The officer figured among 10 IPS officers whose transfer/posting orders were issued on September 1. The officer was also given additional charge of the Crimes Against Women department.

However, soon after the transfer orders were issued, Vij dug in his heels and vehemently objected to the IPS officer’s appointment on the cadre post meant for IAS officers.

The Home Department has citied relevant AIS (Cadre) rules, under which a prior permission from Centre’s Department of Personnel and Training (DoPT), is required in such cases.

Sources in the government, however, told The Indian Express that the Chief Minister’s Office was still insistent on going ahead with the officer’s transfer.

According to the documents accessed by The Indian Express, Rajeev Arora, Additional Chief Secretary (Home) issued transfer/posting orders of 10 IPS officers on September 1. The file was sent to Home Minister Anil Vij for approval. The same day, Anil Vij halted Kala Ramachandran’s transfer. On the file, Vij recorded — “Except Sr. No. 6 which is against the guidelines/instructions of DoPT, posting of non-cadre officer at IAS cadre post”.

Overruling Vij’s comments, the Chief Minister’s Chief Principal Secretary, D S Dhesi, wrote on the file — 1. CM has approved the proposals at Sr. No. 1-10 (transfer/postings of all 10 officers); 2. Permission of DoPT shall be taken, as per extant instructions, in respect of Sr. No. 6 (Kala Ramachandran)”.

As the file reached back in the Home Department, on September 2, Vij again wrote: “Expedite the process for obtaining permission from DoPT. Till the permission is received, Mrs Kala Ramachandran shall not be relieved for her new assignment.”

Sources disclosed that despite Vij’s stern objections and advice asking the government to first obtain DoPT’s approval and then post an IPS officer on a cadre post meant for IAS officers, the Chief Minister’s Office is firm on going ahead with the appointment.

Sources added that even while Vij had ordered that Kala Ramachandran shall not be relieved for her new assignment, the Home Department sent the file to the Chief Secretary’s office for further orders.

Not the first case

Kala Ramachandran’s appointment against the IAS cadre post is not the isolated case. Haryana government is already facing flak from the Union government for violating IAS cadre rules. In several earlier appointments of IPS officers on IAS cadre posts, the state government had not taken the mandatory permission of DoPT before making such appointments.

Senior IAS officer Ashok Khemka has raised the issue of such appointments in violation of IAS cadre rules, with the CM’s office, PM’s office and even with the DoPT. Khemka, on November 3, 2020 and December 9, 2020, had raised the issue of Haryana government posting non-cadre officers on cadre posts in violation of Rule 9 of All India Services (Cadre) Rules. Based on Khemka’s representations, DoPT had directed the Haryana government to ensure compliance of the AIS Cadre Rules while posting/transfers of officers in the state. The DoPT had also sought Haryana government’s explanation on all such appointments that were made in the state. Although the state government did file their reply, the DoPT rejected the same.