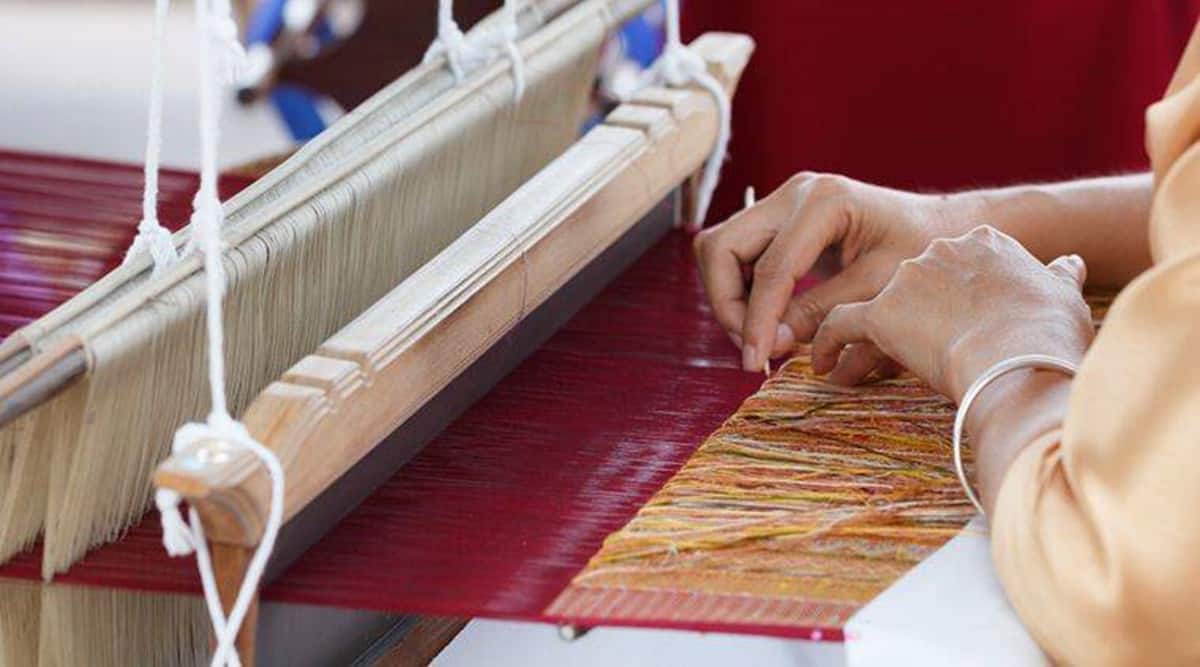 They say beauty lies in the eyes of the beholder. True. But we cannot take away the credit due to the creator of all things that the eye views as, ‘beautiful.’ A magnificent creation is a sum of many parts — the genius of the maker, training, ethos of the geographical tradition and culture, and of course, the spotlight. So, when we see a top-rated designer mired in controversy in light of authenticity, there is a complete break of trust. A lehenga adorned by the who’s who of Hollywood and scions who control India’s GDP would be cheated for a piece of cloth manufactured on a Chinese origin machine and sold as zardozi or dabka? “A lady walked in with a heavy lehenga, a striking outfit, which seemingly looked hand-embroidered and cost her a couple of lakhs. She wanted to know the style of embroidery and pick another ensemble, which didn’t have similar embroidery and asked for the ‘old world zardozis.’ We turned to Izhar, a master hand embroider, who took one look at the work and said that it was pasted embroidery, and an original zardozi lehenga would require around 50 people to work non-stop for two to three months and cost way higher,” shares Samarjeet Gurum of Plumtin, a brand known for its heritage couture.

Izhar, a third-generation embroiderer from UP, laments that their work and creativity are being silently pushed to anonymity, and original handwork is being replaced by replicas for quick profits by many designers.

With the advent of embellished, embroidered, ‘handcrafted’ hybrid crafted fabric, mostly from China, designers are redefining the meaning of ‘hand embroidered. Who would shell out a lakh for the artisan when you can get rolls of it from China at the same price? The terminology is being loosely used by many to promote their collections, and because of the onslaught of ‘industrial embroidered fabric’, hundreds of artisans across India are losing their livelihood. Unfortunately, we may be left with a handful of hand embroiderers, as has happened with Jamavaar weavers in Kashmir, when factories from Ludhiana took over.

It takes a lifetime for an aari embroider to reach the level of a zardozi kaarigar, and by that time, they have failing eyesight and joint pains.

Varun Bahl is a designer who has stayed true to his love for embroidery. Exclusivity, he says, is a result of finely handcrafted ensembles rather than industrial embellished fabric. Bahl works closely with artisans, and for his recent collection, he went back to the archives to create ensembles with hand embellishments to support local artisans. “No one can stop the hybrid craft forms from finding a market, but it has to be done responsibly. Artisans must claim ownership and bid for their rights,” asserts Bahl.

A simple mention on the label, which clearly states if an outfit is ‘hand embroidered’ or ‘hand crafted’, would be an ethical trend to follow and give artisans the respect they deserve. For generations, laments Sheikh Rouf, the creative force behind Al Basir Industries, who has given Kashmiri handicrafts and embroideries a spectrum beyond shawls, craftspeople have spent their energies explaining the nuanced differences between hand embroidered and machine-made. “The struggles on the weave, the physical discomforts, working against odds, constantly making ends meet…it is all futile when someone flaunts a copy of the same from an industrial house,” says Rouf.

Jaya Jaitly befittingly explained the justification behind digitization and hybrid design by saying, “What Sabyasachi has done is a hybrid of existing designs. Our karigars are so skilled and innovative, they will create what you want. What we teach all young people who aspire to work in the craft sector is to go directly to the craftsperson and understand their skill. But if you reduce their work to being a hybrid, they have no ownership. You have destroyed their pride and art.”

At Plumtin, Samarjeet encourages the girls working in the organization to pick the material of their choice, and together, they plan a collection based on traditional embroideries from across the country, but with new ideas and designs. “It is an innovative and artistic way to work on exclusivity,” says the designer.

The Chikankari of Lucknow could be made in collaboration with Roberto Cavalli and be titled hybrid, but to have it manufactured on a machine in China and sold as hand-crafted will be unethical, and will take away a centuries-old craft, history, culture and tradition connected with it.