Following the spell, waterlogging was reported at Mahila College Chowk railway under-bridge and low-lying residential areas like Popatpara Nala, Lalludi Vokali etc. The power supply was disrupted in many parts of the city. 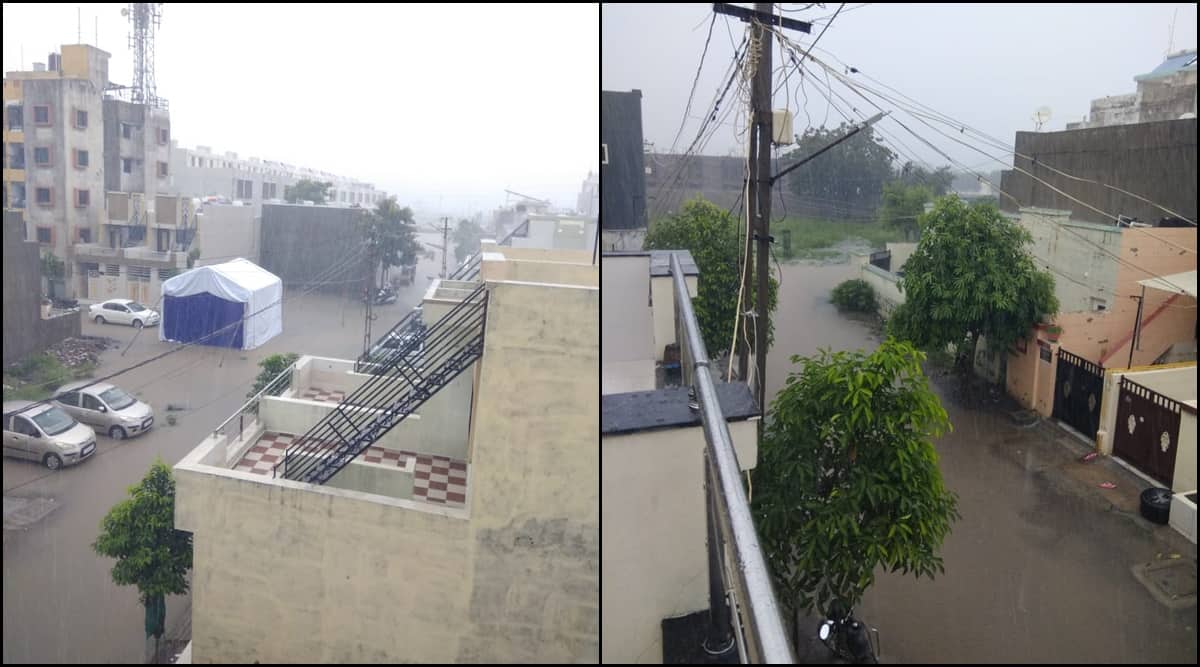 Schools and colleges were ordered shut, roads were water-logged, hindering vehicular traffic, and normal life was thrown out of gear Monday, as heavy rain continued to lash Rajkot city and adjoining talukas for the second consecutive day.

Following the spell, waterlogging was reported at Mahila College Chowk railway under-bridge and low-lying residential areas. “Our fire brigade teams are on the move. They are checking every underbridge. There is waterlogging in low-lying areas like Popatpara Nala, Lalludi Vokali etc and fibre brigade teams are on standby. However, no one has required to be evacuated so far,” Rajkot municipal commissioner Amit Arora told The Indian Express.

The power supply was disrupted in many parts of the city due to waterlogging and the downpour.

Meanwhile, schools and colleges were ordered shut during the day in view of the very heavy rain, an official release quoted Rajkot district collector Arun Mahesh Babu as saying.

A very heavy rainfall was also reported from neighbouring Jamnagar district. Chief-minister elect Bhupendra Patel ordered airlifting of 35 people stranded in surging rainwaters in three villages of the district. An official release stated that Patel had spoken with Jamnagar collector and instructed the latter to launch a rescue operation. Kalavad and Dhrol talukas of Jamnagar registered seven inches of rain each during the 24 hours ending at 6 am. Jodia taluka (six inches) was also lashed by heavy rain. Heavy to rather heavy rain was reported from Devbhumi Dwarka and Surendranagar district too.

Meanwhile, Aji-II, Aji-III and half a dozen other dams were overflowing following the downpour.