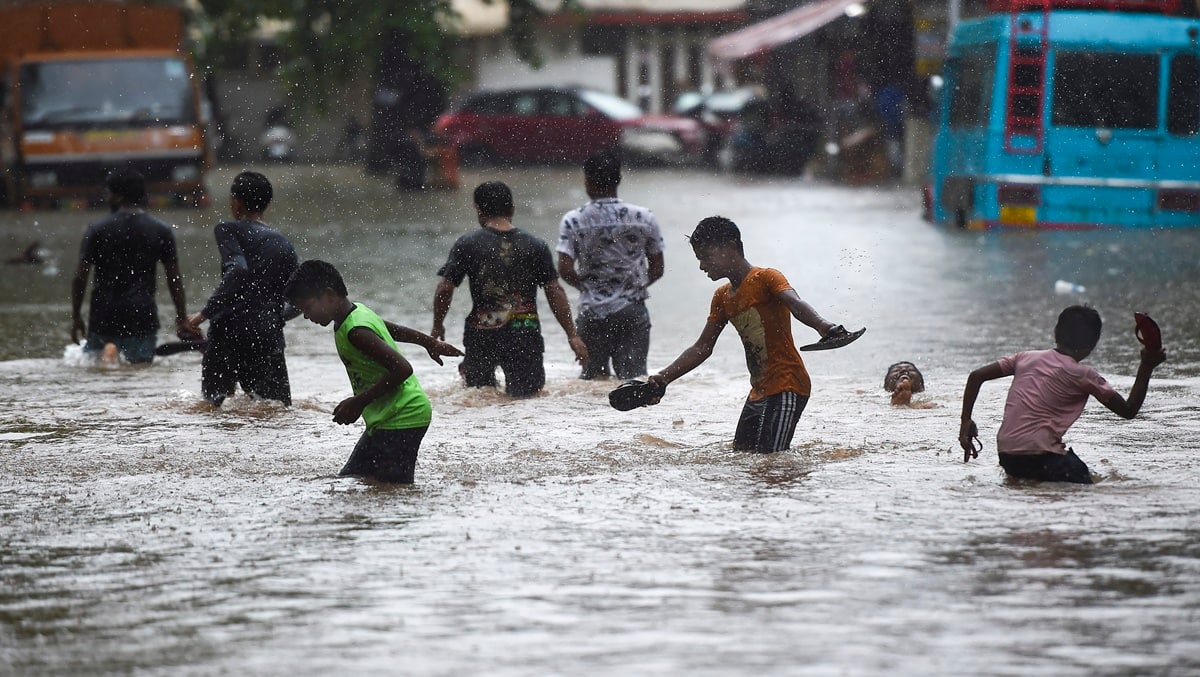 Mumbai (Santacruz) recorded 220.6mm in a span of nine hours on Wednesday. If such intense rainfall continues for a few more hours on the day, Mumbai could be heading to experiencing the wettest June day in a decade.

Thane recorded 162.6mm and Colaba recorded 45.6mm during the same period. The rainfall intensity during the past three hours has reduced in comparison to the morning intensity, but it has not stopped. Flooding and waterlogging have been reported from suburban areas, south Mumbai, Thane and Kalyan-Dombivali.

Earlier in the day, the India Meteorological Department (IMD) had declared the monsoon onset over Mumbai. The Met department has said that Mumbai will continue to receive extremely heavy rain spells (more than 200mm in 24 hours) till June 13 and continue to remain under ‘Orange’ alert (be prepared) during the next four days.

Meanwhile, Konkan and adjoining areas of Madhya Maharashtra, too, will experience similar heavy intensity rainfall till the end of this week owing to the strengthening of the westerly winds and the formation of a low pressure system along the north Bay of Bengal on June 11.

As a result of the Southwest monsoon, which advanced into parts of Mumbai on Wednesday, turning vigorous, the IMD has issued a ‘Red’ alert (take action) over Raigad for Thursday, whereas an ‘Orange’ alert will continue over districts like Palghar, Thane, Mumbai, Sindhudurg and Ratnagiri till June 13.