To keep the youth away from narcotics, Om Prakash says he encouraged them to take to sports. “I have launched a campaign to create awareness on adverse impacts of liquor and drugs. I also helped them take up volleyball, kho-kho and kabaddi in villages like Pili Mandori, Khabra and Dhabi.” 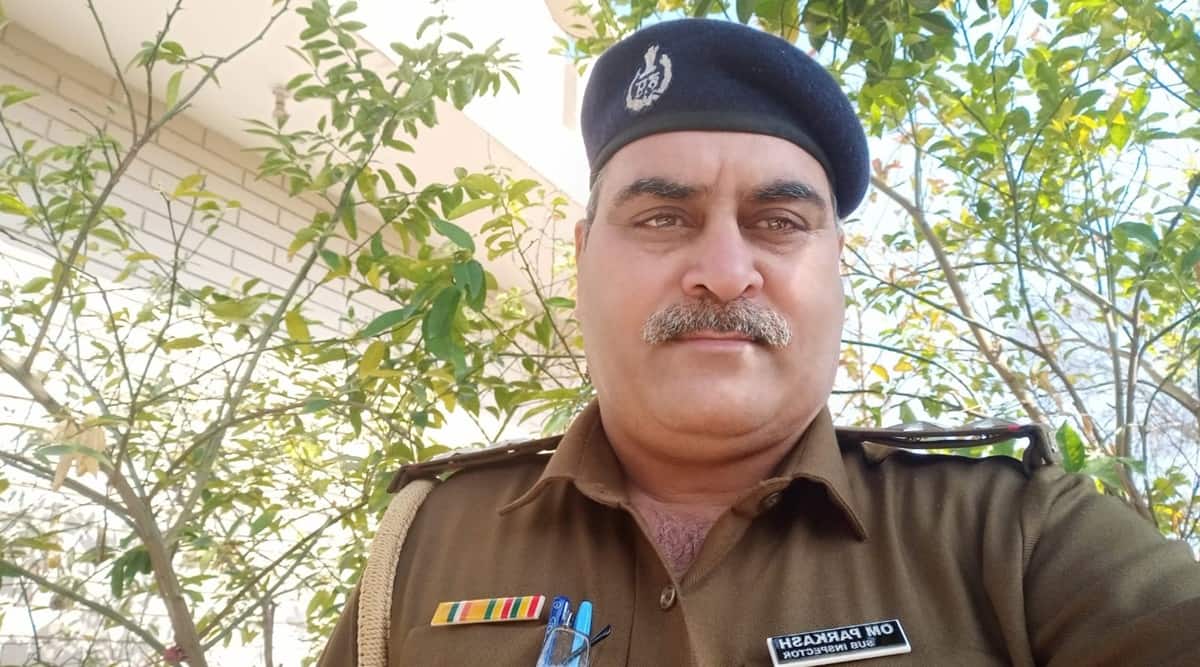 Sub-Inspector Om Prakash is a happy man these days. After all, his efforts to improve the functioning of his police station — Bhattu Kalan in Haryana where he is posted as the Station House officer — has got appreciation from the Union Ministry of Home Affairs, which declared it among the best three in the country for 2021. The SHO would be honoured at the conference of DGPs and IGPs to be held in Lucknow on November 19.

A matriculate, Om Prakash had joined Haryana Police as a constable at the age of 22. During his 33-year-long service, he was promoted as sub-inspector and joined as SHO Bhattu Kalan Police Station in Fatehabad district nine months ago. Some 3-4 villages in the area share border with Rajasthan. The police station has jurisdiction over 24 villages and Bhattu Kalan town. Om Prakash says he focused on improving cleanliness in the police station after joining it.

The SHO says: “Most of the cases here are of domestic and petty disputes among the families or with their neighbourhood such as a dispute over common wall or encroachment over their land. After getting a complaint, I go to the spot and hold talks with the families concerned to try to remove their misunderstandings, if there are any. With such efforts, we succeed in resolving 90 per cent of the disputes.”

To keep the youth away from narcotics, Om Prakash says he encouraged them to take to sports. “I have launched a campaign to create awareness on adverse impacts of liquor and drugs. I also helped them take up volleyball, kho-kho and kabaddi in villages like Pili Mandori, Khabra and Dhabi.”

Sharing his experience during the pandemic, the SHO says: “I used to visit at least 10 villages daily to urge people to follow social distancing and wear masks. I used to make announcements from the temples and gurdwaras for the same.”

Haryana Home Minister Anil Vij Wednesday called the SHO. Om Prakash apprised Vij that a women’s helpdesk has also been established by him.

Fatehabad SP Surinder Singh Bhoria said: “There are parameters to select a police station for the honour by the MHA such as of infrastructure, facilities being offered to the citizens and feedback from the public. Response time to attend a complaint and disposal of the complainants is also considered.”

Vij said he will soon hold a video conference meeting with SPs and SHOs of all police stations. “The SHO of Bhattu Kalan will share the information about the efforts made at his police station so that other police stations can also improve their working,” Vij said.