The court was told that there were 7,251 Black Fungus cases across India as of May 19 and the number of patients in Delhi stood at 197. 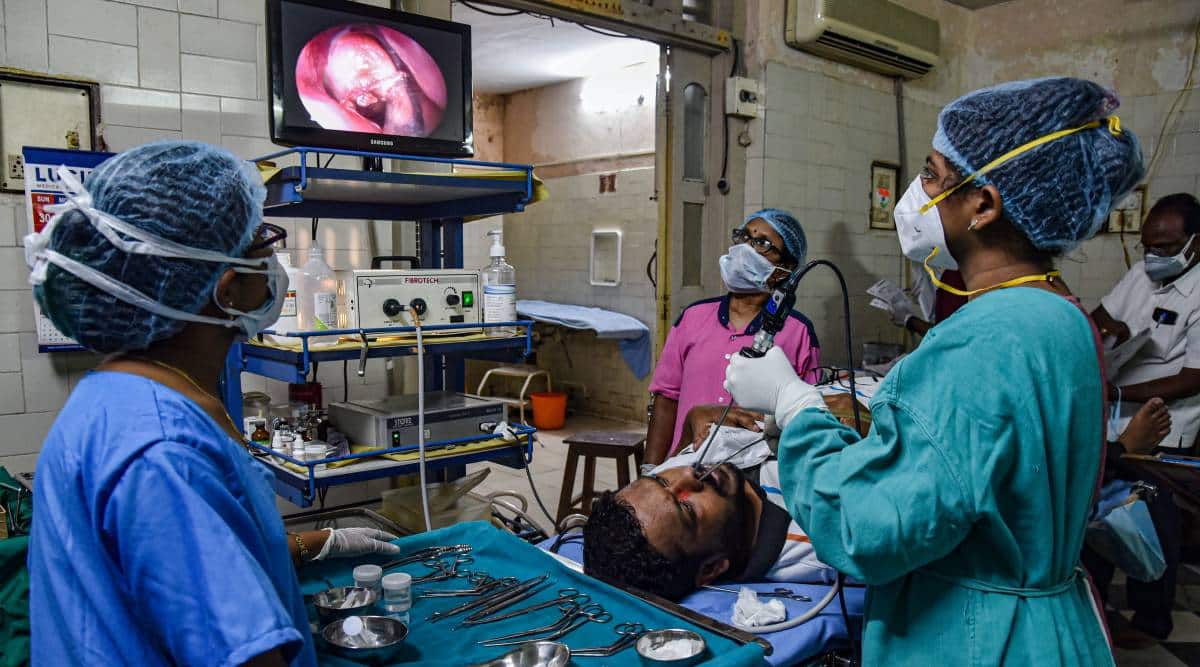 THE DELHI High Court Thursday said the Centre needs to immediately import antifungal drug Amphotericin-B, which is being prescribed for treatment of Black Fungus or mucormycosis, from wherever it is available in the world and directed it to place on record steps being taken to import the medicine.

The division bench of Justices Vipin Sanghi and Jasmeet Singh said domestic production of the medicine is “far less” than the present day requirement on an all-India basis, and it is afraid that mere doubling of production within the country may not suffice.

“This issue is time. What is at a premium here? The premium here is time and human life so therefore 5 per cent allocation does not meet the desired result. It is neither here nor there. It does not serve the purpose. It has to be the complete supply. You need to import to bridge this gap between the plan to produce more and the actual production coming about, otherwise we will lose more precious lives. We want you to act today,” said the court.

The Centre earlier told the court Gilead has agreed to send 20,000 vials to India and the five local producers have also doubled their production in the past 20 days. However, it also said resources at present are limited and allocation among states, including Delhi, is being done in proportion to the caseload.

The court was told that there were 7,251 Black Fungus cases across India as of May 19 and the number of patients in Delhi stood at 197. The Centre said around 82,110 vials have been allocated between May 10-20 across India and patients require 42 vials for a week.

The Delhi government in a reply told the court that 90 vials are required per patient for 15 days and that out of the allocated stock of 2,150, 1,800 vials were recommended for distribution by the evening of May 19. Senior Advocate Rahul Mehra, representing Delhi, also submitted that only 10 per cent of demand at all-India level is being met at present and there is a need to both augment the capacity within the country and also meet the deficit by importing from outside India.

Meanwhile, in response to the concern raised by advocate Rakesh Malhotra on Wednesday regarding the cumbersome procedure prescribed by the Delhi government for distribution of the medicine among hospitals, the state Thursday told the court that signature of only one medical practitioner would be sufficient to apply for Amphotericin-B as against the earlier demand of signatures of a three-member team of the hospital.