In 2015, when Moga MC had its first elections, SAD-BJP, who were then alliance partners, had won 32 seats (SAD 24 and BJP 8), Congress had won just one seat and 17 were won by the Independents. 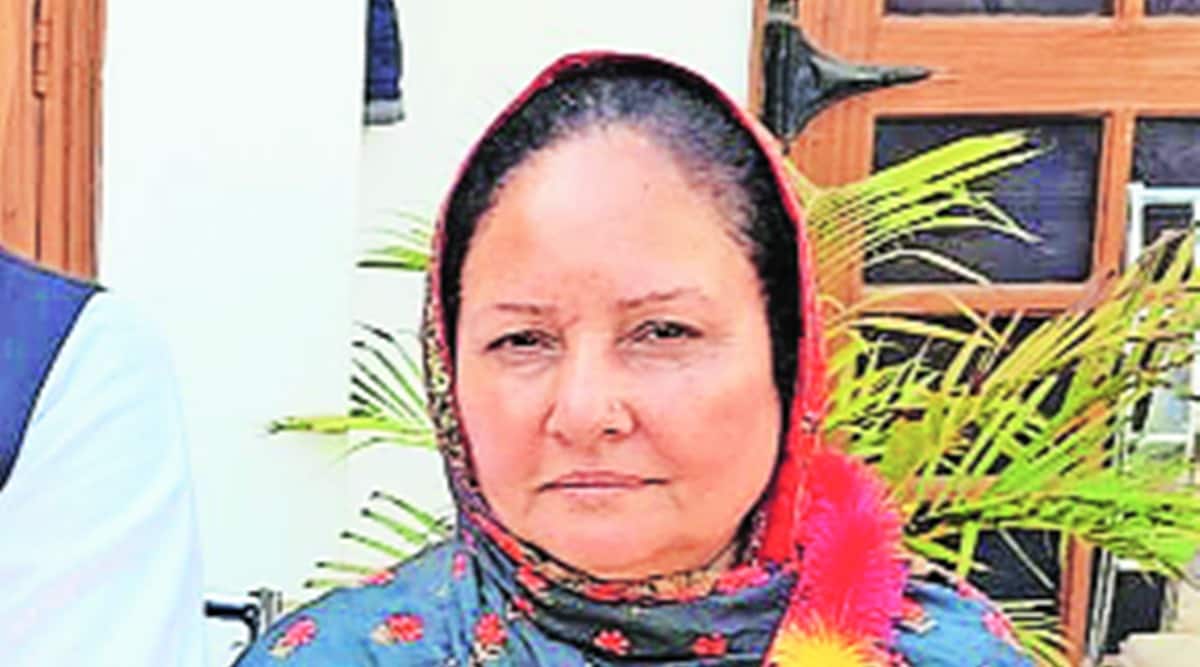 THE RULING Congress managed to win just 20 seats in the 50-member House of Moga Municipal Corporation, results of which were declared Wednesday.

In 2015, when Moga MC had its first elections, SAD-BJP, who were then alliance partners, had won 32 seats (SAD 24 and BJP 8), Congress had won just one seat and 17 were won by the Independents.

In a major upset as per the results declared Wednesday, ruling Congress’ Moga MLA Dr Harjot Kamal’s wife Dr Rajinder Kaur, who contested polls from ward no. one, was defeated by SAD candidate Harwinder Kaur Gill, who won for the second consecutive time and is wife of local SAD leader Amarjit Singh.

From ward no. 9 of Moga, which witnessed poll violence during campaigning and two SAD workers were killed after allegedly being run over by vehicles of Congress workers including husband of local Congress candidate Narinderpal Singh Sidhu (who was arrested in the case), Sarabjeet Kaur from Aam Aadmi Party (AAP) won by 215 votes.

In another close contest, AAP candidate Vikramjeet Singh won by a wafer-thin margin of 2 votes from ward no. 10.

Sources in the Congress meanwhile said that most of the ten Independents who have won in Moga MC House were Congress rebels and it was due to the party’s wrong calculations during ticket distribution that it managed to win just 20 seats in 50-member House.

Speaking to The Indian Express, Tirath Singh Mahla, Moga SAD district president, said that the party winning 15 seats in Moga MC polls, just five less than the ruling Congress, is a ‘pre-indication’ of Punjab polls results scheduled next year. “Moga has always been a SAD bastion and today’s results have proved it again. Today’s results are an indication that SAD will register massive victory in upcoming Punjab polls because Congress, AAP and BJP have been rejected by the voters on the ground especially in rural areas. We have won majority in Nihal Singh Wala nagar panchayat and in Moga MC house, we are just five seats less than ruling Congress. This difference is also because Congress misused government machinery and power. The results have proven how people have rejected Captain Amarinder Singh’s policies and how the SAD is all set to form government again next year,” said Mahla.

Moga Congress MLA Dr Harjot Kamal said that the party has shown ‘great improvement’ from winning just one seat in Moga MC House in 2015 to 20 seats this time. “In 2015, we had just one seat in Moga MC house and this time we have won 20. It’s a major achievement..,” said Dr Kamal. On his wife Dr Rajinder Kaur losing from ward number 1, he said, “It was a rural ward and SAD is bit stronger than us in rural segments… plus when an MLA’s wife contests polls, then many including some of our own, start making efforts to ensure we do not win…But overall Congress has improved its performance in Moga since 2015,” he said. On rebel Congress candidates winning as Independents, Dr Kamal said, “…Yes, there might have been some miscalculations during ticket distribution but only the party’s Moga observer (cabinet minister Bharat Bhushan Ashu) can answer that…”

Contacted, cabinet minister Bharat Bhushan Ashu said that ‘miscalculation happened during ticket distribution’ but ‘things were under control’. “Yes, it seems there were some miscalculations during ticket distribution as we have won 20 seats only but things are under control. There was infighting in Moga and maybe that led to some wrong tickets being allotted. The ten Independents who have won, will be supporting our Mayor candidate on which the party will take a decision soon,” said Ashu.