The parties have also criticised BMC for failing to create an in-house management system since 2016 when the penguins were first brought to the zoo from South Korea. 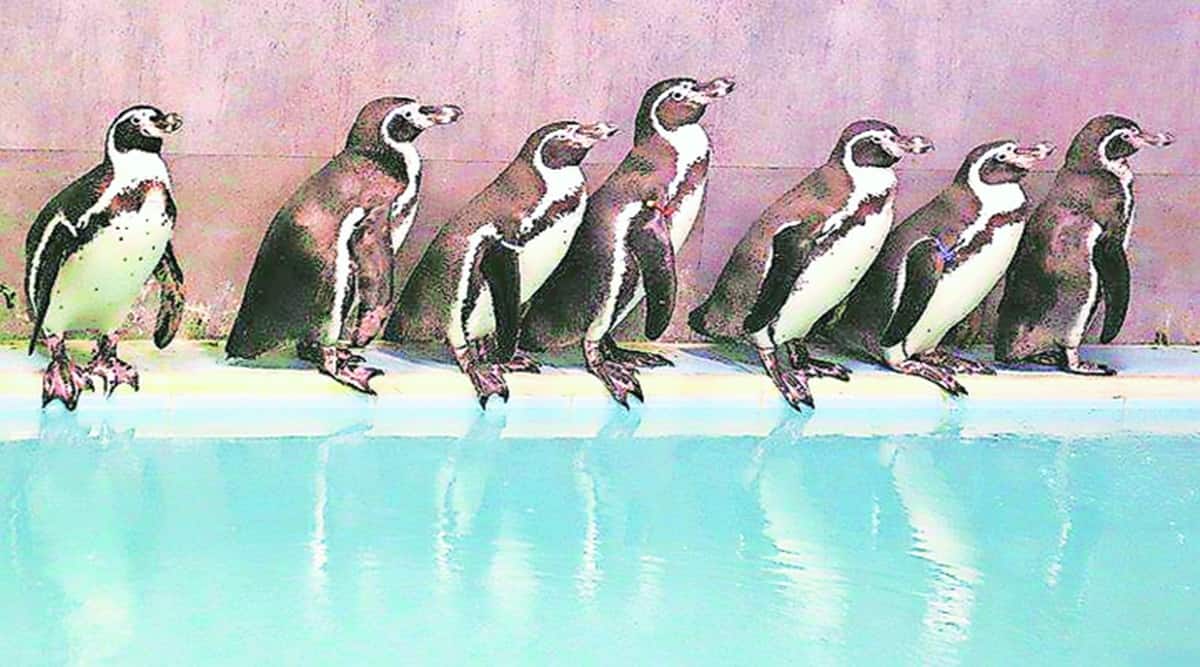 The Shiv Sena-led Brihanmumbai Municipal Corporation (BMC) has come in for criticism from Opposition Congress and BJP for floating a tender worth Rs 15 crore for the upkeep of seven penguins at Byculla zoo in Mumbai. Both parties in the BMC have alleged that the cost has been inflated.

The parties have also criticised BMC for failing to create an in-house management system since 2016 when the penguins were first brought to the zoo from South Korea.

The BMC had floated a tender at an estimated cost of Rs 15.26 crore for the upkeep of the seven flightless birds for the next 36 months, amounting to Rs 5 crore per annum. As the current contract will end this month, the civic body floated the tender in August. The current contract was awarded for Rs 11.5 crore in September 2018 for three years.

BJP group leader in BMC Prabhakar Shinde, who on Monday wrote to the Mayor as well as Sena corporator and Standing Committee chairman to cancel the tender, said: “At a time when resources need to be spent on improving the city’s health and civic infrastructure, BMC is spending a whopping Rs 15 crore on maintaining its VVIP penguins. This shows how misplaced its priorities are. We will staunchly oppose this move in the BMC’s general body meeting.”

In the letter, while seeking an explanation on the spike in the estimated cost by 50 per cent, BJP also asked available zoo staffers to take care of the penguins and their enclosure.

Congress group leader in BMC, Ravi Raja, said, “This kind of expenditure is not justified. In times of financial crisis, the corporation needs to set its priorities straight. In five years, BMC should have developed its in-house maintenance system instead of paying whopping rates to contractors for the management of the penguins.”

As part of its revamp project, the Byculla zoo had bought eight penguins from Seoul on July 26, 2016, for Rs 45 crore. With their viewing enclosure ready a year later, seven penguins (one had died two months after being brought to the zoo) were put up for public display in March 2017.

At present, their upkeep is managed by Highway Constructions, which was awarded the maintenance contract in September 2018. The BMC had levied a fine of Rs 1.4 crore on Highway Constructions after it was found out that the firm had falsely claimed it had a joint venture with a company having expertise in developing support systems for aquatic life.

The zoo authorities had earlier said that the contractor will be responsible for maintenance and air-conditioning of penguin exhibition and quarantine enclosures, life support and electrical system, veterinary officers’ service and supply of fish food for the birds.