This comes at a time when Faridabad, which has been in lockdown for over two weeks now, is experiencing a drop in cases. The district, until 10 days ago, had over 13,000 active cases. On Monday evening, this number was down to 6,957. 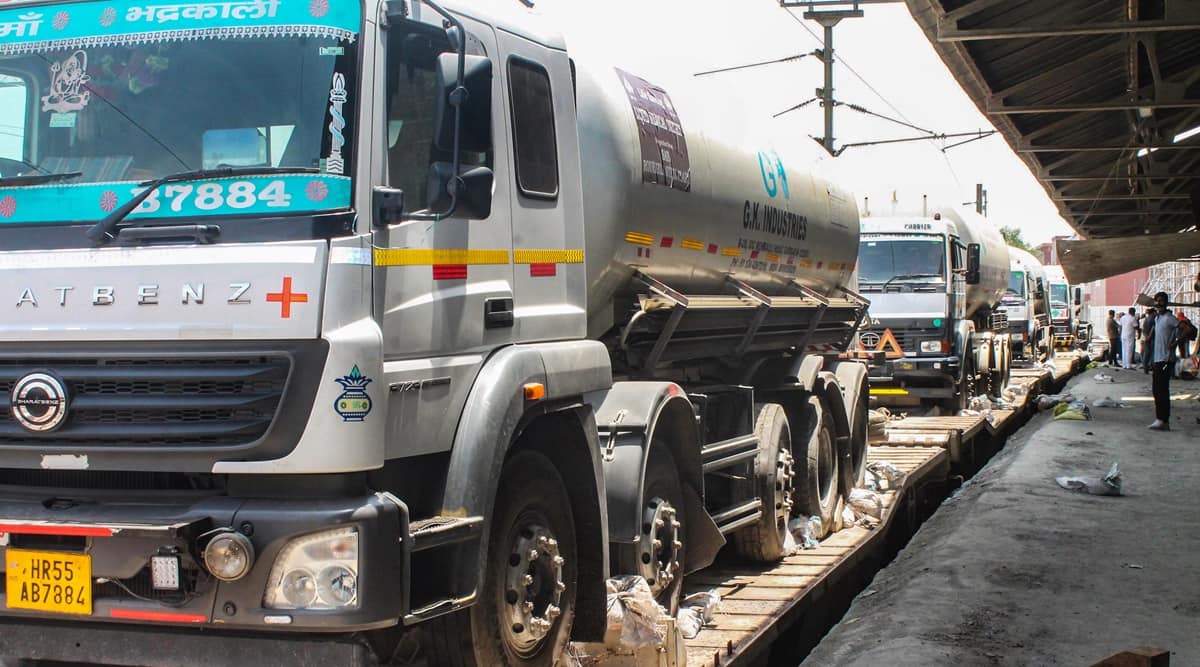 With Covid-19 cases dropping over the last few days, the Faridabad administration has now extended its focus to rural parts of the district, creating isolation centres in villages and increasing testing, tracking and treatment in these areas.

According to officials, isolation centres have been set up in a total of 50 villages in the district so far.

“We have already made isolation centres operational in 50 different villages. These have been set up in schools or community buildings. In the next four days, we are also sending teams to all villages in the district and will conduct a survey. Whoever is found to be symptomatic will be tested and, if they are positive, will be admitted to the isolation centre, Covid care centre, medical colleges, or, if they are serious, to bigger hospitals. We will segregate them so if they have an infection, it does not spread to more people,” said Deputy Commissioner Yashpal.

The extension of focus comes at a time when Faridabad, which has been in lockdown for over two weeks now, is experiencing a drop in cases. The district, until 10 days ago, had over 13,000 active cases. On Monday evening, this number was down to 6,957.

On Monday, despite over 8,000 tests being conducted, only 506 new cases emerged, while 1,722 people recovered from the infection — this was the 11th day in a row in the district where the number of recoveries exceeded the number of new cases.

Acknowledging the improvement, Deputy Commissioner Yashpal said, “The manner in which our positivity rate and cases have dropped, it is almost like a crash landing. If you see in the next two days, it will seem like we are reducing cases at a fast pace.”

“However, it is not like this improvement is because we have reduced testing. Tests have, in fact, increased. Around May 1, we were doing around 4,500 tests everyday but, in the last 8 to 10 days, our average daily tests have been between 8,000 and 10,000, so we have doubled the testing, Despite this, the total cases have fallen. Positivity rate has also dropped, it was around 6 per cent yesterday, so it is dropping quite fast,” he said.

According to the latest district health bulletin, Faridabad has 6,957 active cases, of which 5,409 are in home isolation. There are 812 patients on oxygen and 88 on ventilator.