The result in Mandi was a setback for the BJP as it is the home district of Chief Minister Jai Ram Thakur. 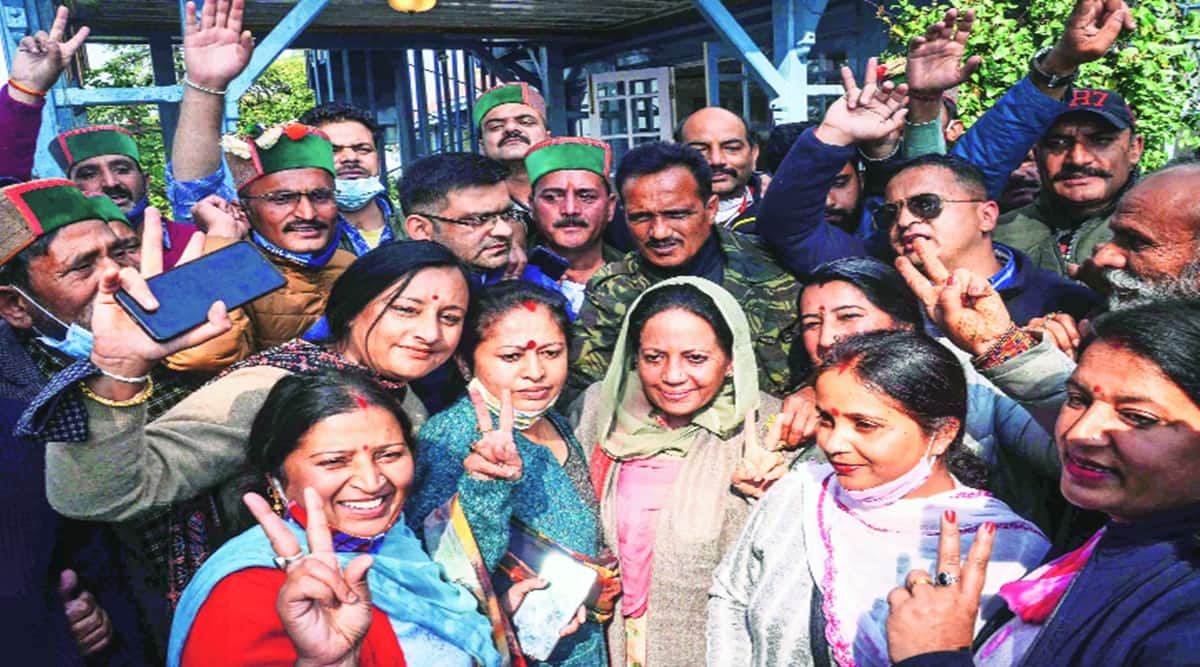 In a clean sweep, the Congress won the bypolls to all three Assembly seats and the Mandi Lok Sabha.

The result in Mandi was a setback for the BJP as it is the home district of Chief Minister Jai Ram Thakur. BJP nominee Brig Khushal Thakur (retd) lost to Congress’s Pratibha Singh — the wife of former CM Virbhadra Singh — by over 7000 votes.

The bypolls were largely seen as referendum on the performance of the BJP government in Himachal Pradesh, with the hill state scheduled for Assembly elections in November next year.

After her victory on Tuesday, Singh told The Indian Express, “I am feeling quite happy and I want to thank people for the efforts they had put to make Congress victorious. They have paid a real tribute to Raja Sahib (Virbhadra Singh).”

Thakur alleged that some BJP workers operated against the party candidates. “Action will be taken against them,” he said.