While the explosion case was being investigated by the NIA, the Special Cell registered a case of “criminal conspiracy”. 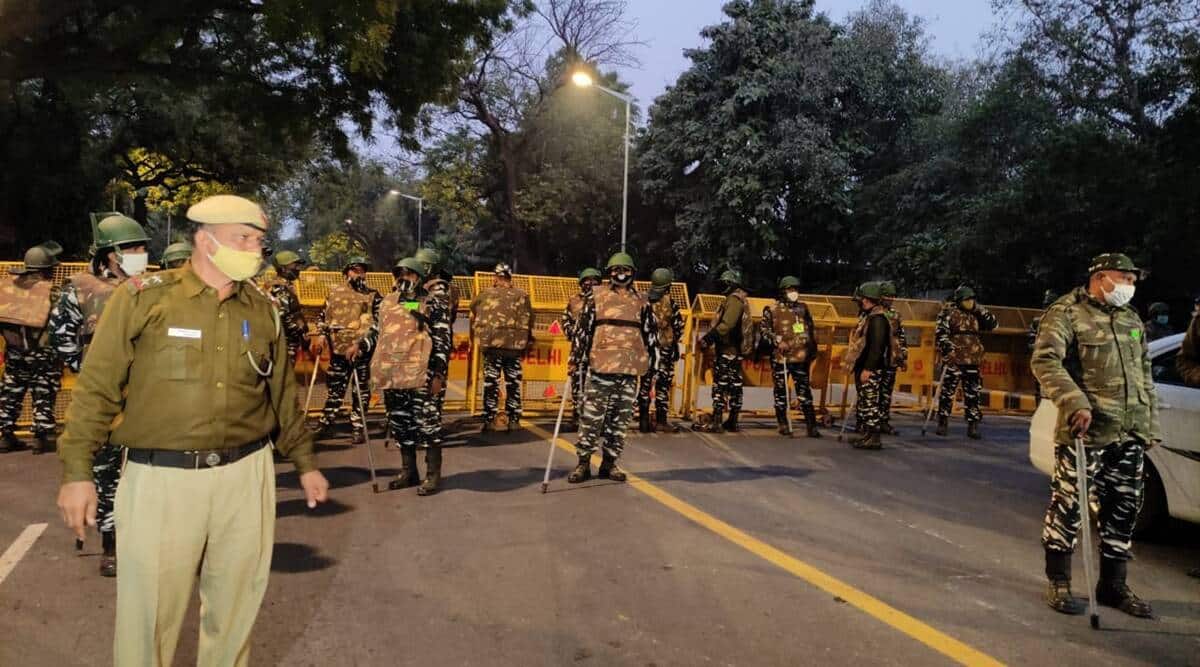 Four Kargil-based students, arrested by the Delhi Police Special Cell for alleged conspiracy in a case relating to a low-intensity explosion near the Israeli embassy in the Capital on January 29, were granted bail Thursday by a city court which noted that nothing incriminating had been found against them, and that they were students with blemish-free antecedents.

Granting bail to Nazir Hussain, Zulfikar Ali, Ajaz Hussain and Muzammil Hussain, all in their 20s, Metropolitan Magistrate Dr Pankaj Sharma said nothing incriminating had been put forth by the investigating officer (IO) to suggest that they were linked to any terrorist organisation or constituted a threat to society.

While the explosion case was being investigated by the NIA, the Special Cell registered a case of “criminal conspiracy”.

The Special Cell arrested the four young men on June 23, days after the NIA announced a reward of Rs 10 lakh each for identification of two persons captured by CCTV camera while they were allegedly planting explosive material outside the Israeli embassy.

Delhi Police PRO Chinmoy Biswal had then said that the Special Cell picked up the students from Kargil during a joint operation with “a central agency” and local police, and had brought them to Delhi.

In its order granting bail, the court said the report filed by the IO indicates that one of the accused used to post “highly objectionable” material on his Twitter account against Israel, US and other western countries, and he was followed by another accused. “Nothing in the report suggests that any of the accused persons was posting any objectionable material against India,” the order stated.

Noting that the IO has already recovered all the electronic gadgets from the accused, the court said the antecedents of the all accused are blemish-free and they are students. “As per report of the IO, Nazir is a supporter of IRGC (Iran’s Islamic Revolutionary Guard Corps) but same is not a terrorist organisation,” the court stated in the order.

“Apparently, accused persons rendered co-operation in the investigation by surrendering all their electronic gadgets. IO is in possession of all the electronic devices and its analysis would take a long time,” the order stated.

Earlier, the accused told the court that investigation by the Special Cell was being carried out on the basis of media reports “as certain posts were uploaded on social media by the accused persons and their mobile phones were switched off on the day the alleged incident took place”. The students are preparing for competitive exams, their counsel submitted before the court.

However, the Special Cell told the court that Nazir used to post “highly objectionable” material on his Twitter account and was followed by Zulfikar who was also on Twitter. It also told the court that while no call or SMS was found on Nazir’s mobile phone between January 28 and 29, the analysis of CDRs of Zulfikar, Aijaz and Muzammil revealed that they were present in Delhi at the relevant time though there was no call or SMS on their mobile phones. Nazir and Zulfikar, police claimed, were using VPN.