As per the order, milk booths will now be allowed to function from 6 am to 8 pm. Karnataka Milk Federation (KMF) had reported that the cut in sales time from 6 am to 10 am had resulted in their sales being affected by 27 per cent. Karnataka continued to report a steady rise in the number of Covid-19 infections and related deaths, with 35,024 more people testing positive on Thursday. Of these, 19,637 infections were reported from Bengaluru Urban.

The overall toll in the capital city rose to 6,282 as 143 more people succumbed to the infection in the district. As many as 270 more deaths in the last few days from across the state were linked to Covid-19, said the Department of Health and Family Welfare Thursday.

The Karnataka government Thursday extended the time permitted for milk sale and operation of Nandini booths in the state, bringing revisions to the restrictions announced across the state as part of the ongoing 14-day lockdown.

As per the order, milk booths will now be allowed to function from 6 am to 8 pm. Karnataka Milk Federation (KMF) had reported that the cut in sales time from 6 am to 10 am had resulted in their sales being affected by 27 per cent.

There are nearly 1,700 milk parlours operated by KMF across the state, including 1,000 in Bengaluru.

Leader of Opposition in the Karnataka Assembly Siddaramaiah received his second dose of the Covid vaccine Thursday. The 72-year-old Congress leader was inoculated at Victoria Hospital in Bengaluru.

On March 15, he was administered the first dose of the vaccine at the same hospital.

Amid the continuous spike in Covid-19 cases and related fatalities in Karnataka, two BJP Lok Sabha MPs appealed to Defence Minister Rajnath Singh to extend a helping hand by allowing use of assets and resources of the armed forces in the state. 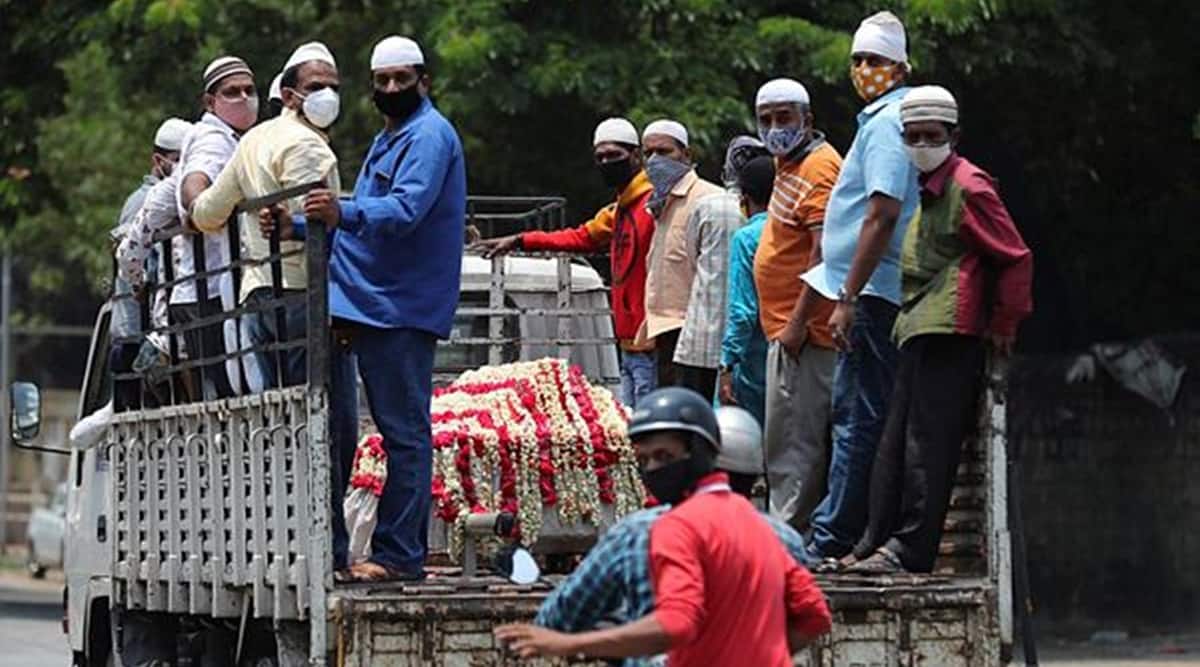 Union Minister of Parliamentary Affairs and Coal and Mines Pralhad Joshi urged Singh to convert all armed forces hospitals in the state into Covid Care Centres (CCCs). He also requested the defence minister to direct DRDO and other military agencies to urgently begin operating makeshift hospitals in the state.

“I request you to convert all Armed Forces Hospitals in Karnataka, including command Hospital in Bengaluru, Military Hospital in Belagavi and INHS Hospital in Karwar (Field Hospitals) into CCCs so that the shortage of immediate medical care to the extent possible can be tackled,” Joshi wrote.

The MP representing Dharwad constituency added, “I also urge your good self to kindly take early steps for starting new makeshift hospitals from defence forces in Karnataka to meet the needs of the emergent situation.”

Earlier, Bangalore Central MP PC Mohan requested Singh to direct the armed forces to set up a 1,000-bed hospital in the state.

In the letter, he elaborated on the current Covid scenario of the state and capital city Bengaluru, citing that over 20,000 new infections were reported from the latter alone over the last few days.

The Karnataka government Thursday decided to follow a “syndromic approach” to issue patient numbers for hospitalisation and treatment based on the authorisation of doctors, Health and Medical Education Minister K Sudhakar confirmed.

He said the decision was taken after the government noted a spike in instances of false-negative reports in both RT-PCR and Rapid Antigen testing methods.

“After the recent surge of cases in the second wave, several instances have been reported where the laboratory test for Covid-19 is found negative even while the patient has Covid-19 symptoms or CT scan has detected infection,” Sudhakar said.

He added that the change in approach was made in the wake of several such patients failing to get a patient number issued by the district administration, which has led to them facing issues to getting admitted to hospitals for Covid treatment.