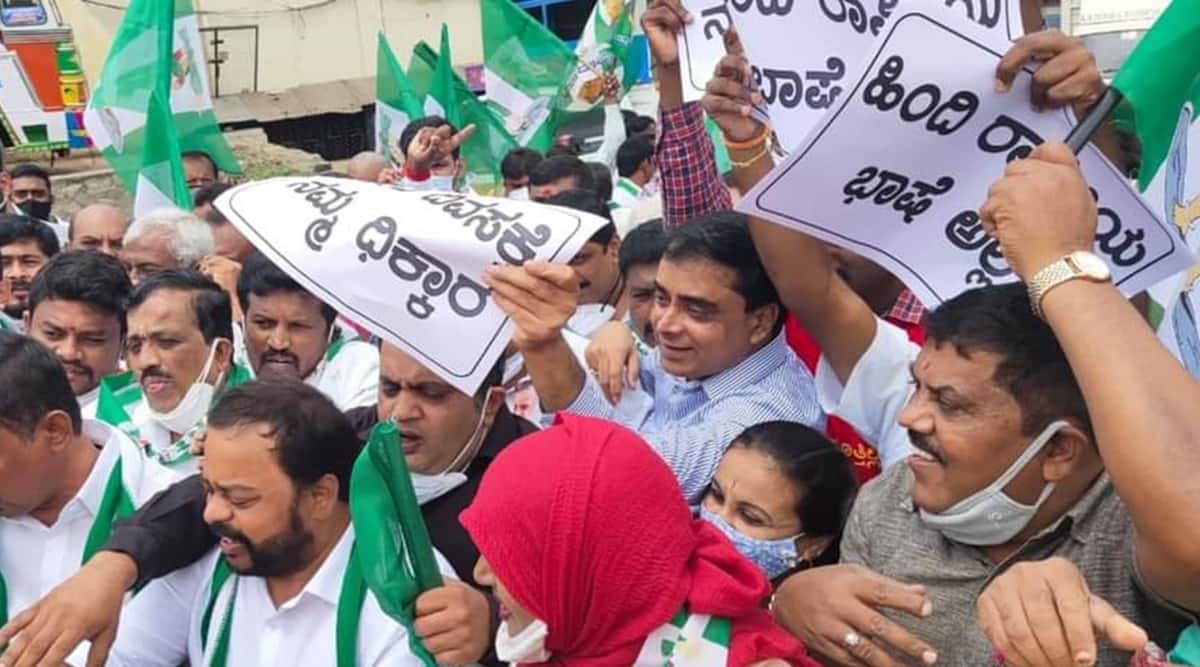 Several Kannada organisations Tuesday protested across Karnataka against Hindi Diwas celebrated in the country during the day.

Meanwhile, JD(S) leader and former Chief Minister H D Kumaraswamy also tweeted saying, “Union of India is multicultural, multilingual; then why try to glorify a single language. The Kannada language is the first in our land. Hindi Day celebration is inadequate. Multilingual India’s comfort should not be disturbed by the imposition of Hindi.”

Kannada activists protested outside thousands of nationalised banks in the rural and urban parts of the state and submitted petitions to branch managers to provide services in Kannada. They also sent petitions to all MLAs and MPs demanding them to raise the issue in the assembly and Parliament.