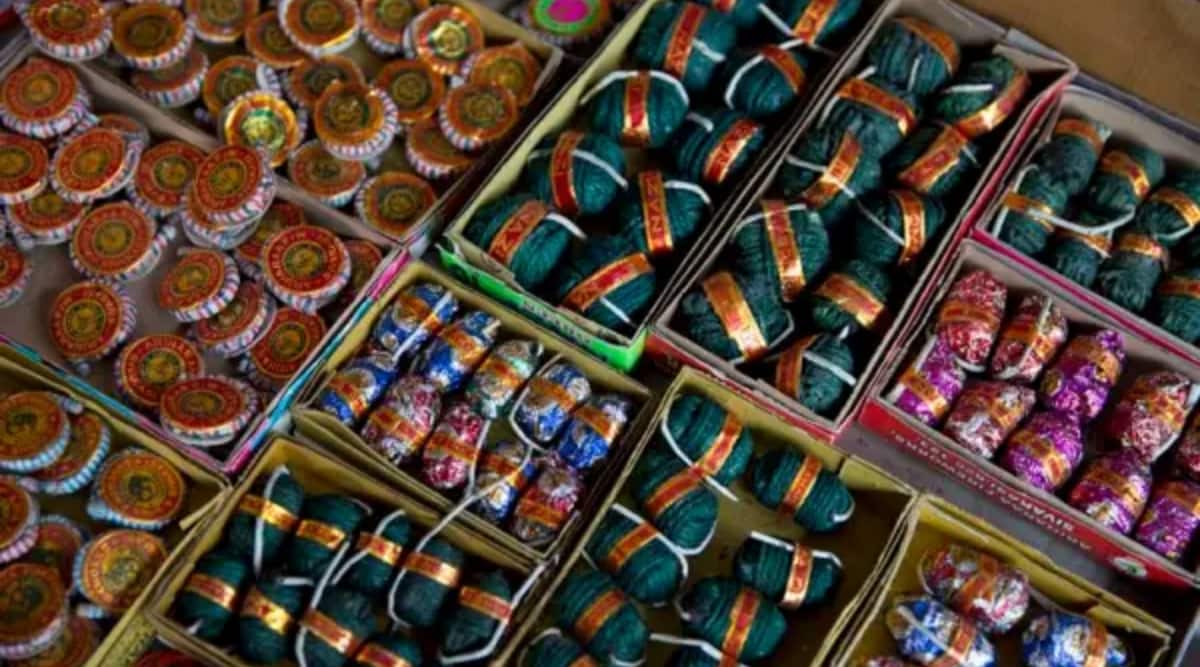 Amid confusion in the public and dealers over what qualifies as “green crackers”, more than seven hundred people were arrested from Kolkata and nearby areas under various charges for bursting banned fireworks during Diwali celebrations on Thursday.

According to the police, a total of 720 revellers were arrested for burning prohibited fireworks during Diwali celebrations.

Further, according to the police, on Diwali night alone, 1683.8 kilograms of banned fireworks were seized. The sleuths also seized 209.8 litres of liquor from different areas of the city.

Bidhannagar police arrested 77 persons and seized 335 kgs of banned crackers. According to a senior officer of Bidhannagar Police Commissionerate, 16 of the violators were picked up from high-rise buildings and posh residential complexes. The sleuths said they carried out random checks of vehicles in the same way as they do to prevent smuggling of illicit liquor, adding that several banned crackers were seized from these vehicles.

In several areas, revellers lit up crackers from their terrace or balconies to evade police action. Since September 10, Kolkata Police has seized more than 7,000 kgs of banned fireworks from the city.

A day before Diwali, the Calcutta High Court allowed green crackers after the Supreme Court ruled that there is no blanket ban on fireworks. However, the apex court had also said that the state government would be held accountable if there were violations. On October 29, the high court had ordered a blanket ban on firecrackers, limiting festivities to only wax or oil- based diyas, to check air pollution. However, the Supreme Court later overturned the HC order.

Meanwhile, in an unsavoury incident on Diwali night, some local boys assembled near Baghajatin football club in Jadavpur, damaging the windscreens of four vehicles and even assaulting some people in a fit of drunken rage. On being informed of the affray, some officers were rushed to the scene and the four accused persons, identified as Tubai, Sahib, Padu and Paula were arrested from the spot.

A case was filed and the accused booked under sections 341 (wrongful restraint), 323 (voluntarily causing hurt) and 427 (mischief causing damage to the amount of fifty rupees).