The court also sent four others booked for the alleged murder of the four farmers and a journalist to two days’ police custody. 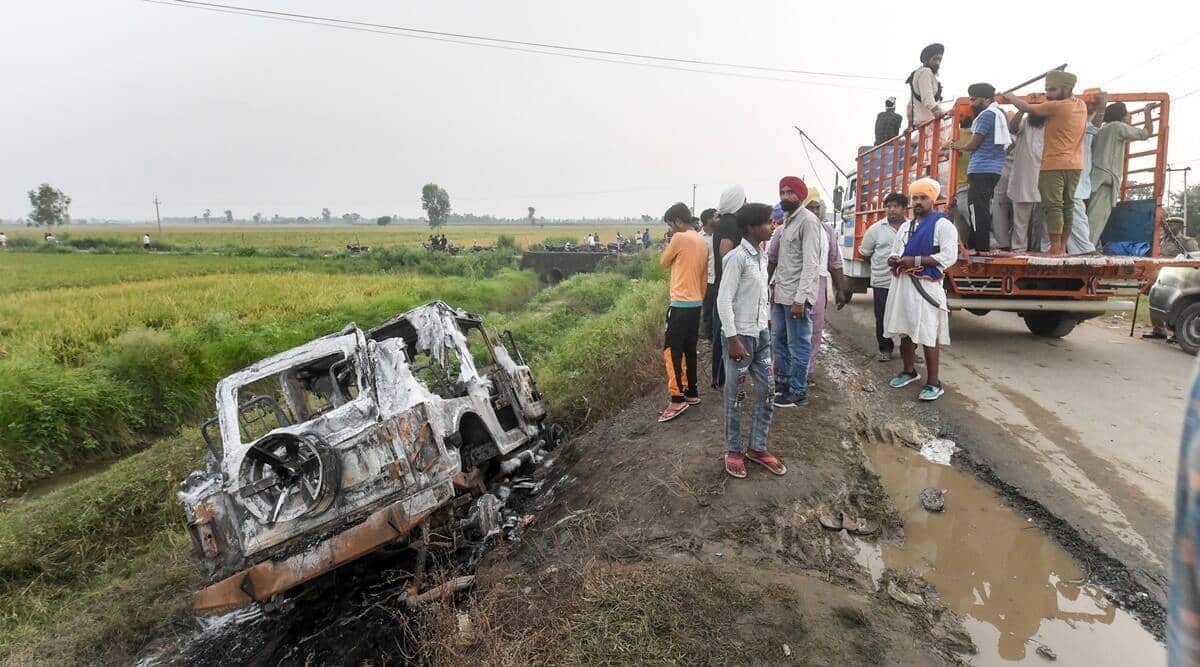 A local court in Lakhimpur Kheri on Wednesday sent Gurvinder Singh, a 26-year-old farmer who was arrested in connection with the lynching of two local BJP leaders and the driver of a Mahindra Thar owned by Union MoS Ajay Mishra, to three days’ police custody.

Gurvinder Singh was arrested along with another farmer, Vichitra Singh, in connection with this case on Tuesday.

The SIT probing the October 3 incident, which also saw four protesting farmers and a journalist being alleged run over by three cars, including one belonging to the Union minister, had sought Gurvinder’s remand to recover the stick which he had allegedly used to beat the victims. Granting the SIT’s request, the court sent Gurvinder to three days’ police custody remand starting October 28 morning.

The court also sent four others booked for the alleged murder of the four farmers and a journalist to two days’ police custody.

The four are Sumit Jaiswal, Shishu Pal, Nandan Singh Bhist and Satya Prakash Tripathi. This is the second time that the SIT has obtained remand of these four accused.