Ashish, who has denied that he was present at the spot during the incident and submitted a pendrive purportedly containing videos and photographs to support his version. 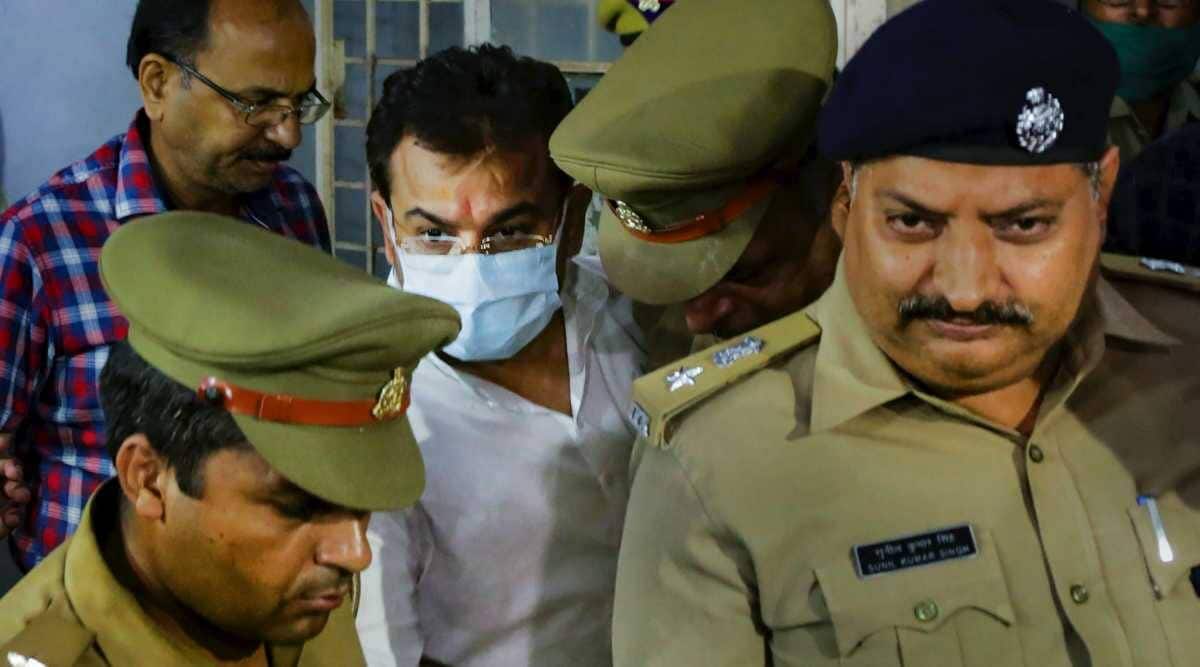 After the arrest of Union MoS Ajay Mishra’s son Ashish Mishra on murder charges, the UP Police Special Investigation Team (SIT) probing the Lakhimpur Kheri incident has started conducting raids to trace a relative of former Congress MP, the late Akhilesh Das, for questioning in the case, The Indian Express has learnt.

On Monday, the police are also likely to seek custody of launch raids to trace ex-Cong MP’s nephew

Ashish, who has denied that he was present at the spot during the incident and submitted a pendrive purportedly containing videos and photographs to support his version.

According to police, Ashish was arrested late Saturday as “he was not cooperating” with the probe. He was produced before a magistrate and sent to judicial custody.

The name of Ankit Das, a nephew of the former Rajya Sabha MP who died in 2017, came to light in connection with the case around three days ago when a video clip showed a man with head injuries claiming to have been in one of the vehicles that hit the group of farm protesters in Lakhimpur Kheri last Sunday.

The unidentified man is heard claiming that he was in the vehicle with four other people, including Ankit Das. The vehicle, he claimed, was part of the convoy that hit the group — four farmers were killed — and was then damaged and set ablaze by protesters. Four others were killed in the violence, including Union MoS Mishra’s driver, two BJP workers and a journalist.

The SIT is also looking for Ankit’s driver Shekhar Bharti and Sumit Jaiswal, who is the complainant in one of the two cases lodged at Tikonia police station in connection with the October 3 incident. Based on Jaiswal’s complaint, police had lodged an FIR against unidentified miscreants protesting at the site of the incident.

When contacted by The Indian Express, DIG Upendra Kumar Agarwal, who is heading the SIT, confirmed that they are “looking for three persons, including Ankit Das and Shekhar Bharti and Sumit Jaiswal”. “Police teams are conducting raids for them,” Agarwal said.

Police sources said that during preliminary investigation, it came to light that Ankit Das was known to Ashish Mishra — both are businessmen. “But the full picture will be clear only after Ankit Das is questioned,” sources said.

The video clip that purportedly links Ankit Das to the Lakhimpur Kheri incident emerged Thursday. It shows a police officer asking questions to an injured man. In response to a question, the man provides the registration number of a vehicle, described as a Toyota Fortuner, and claims that it belongs to Ankit. The injured man is also heard claiming that he hails from Lucknow and “looks after accounts” of Ankit Das.

Ankit Das could not be reached for comment and his cell phone was switched off Sunday.

UP ADGP (law and order) Prashant Kumar had earlier told The Indian Express that all videos related to the incident would be examined.

Sources said that before arresting Ashish, police had questioned him about his location at the time of the incident, and the number of people travelling in the three vehicles to receive UP Deputy Chief Minister Keshav Prasad Maurya for an event when they hit the protesters.

They said Ashish denied that he was present at the spot of the incident and that he had no knowledge how many persons had gone to receive Maurya.

The police also questioned him on other details, such as the dress he was wearing on the day, sources said. The Union MoS’s son, sources said, maintained that he was present at his village Banveerpur for the event.

The police are now likely to confront him with evidence they have collected during preliminary investigation, and are also scrutinising call details of Ashish’s cellphone. The police are also likely to collect CCTV footage from a petrol pump close to the spot.

Ashish Mishra’s lawyer, Awadesh Kumar Singh, said that there is no evidence against his client and that there is no video clip that establishes his presence at the spot. Singh confirmed that Ashish had submitted a “pendrive containing videos and photographs” to police.