In their application, the CBI said the “custodial interrogation of both the accused persons are necessary in the interest of the investigation of the case, in view of the facts and allegations of the case”. 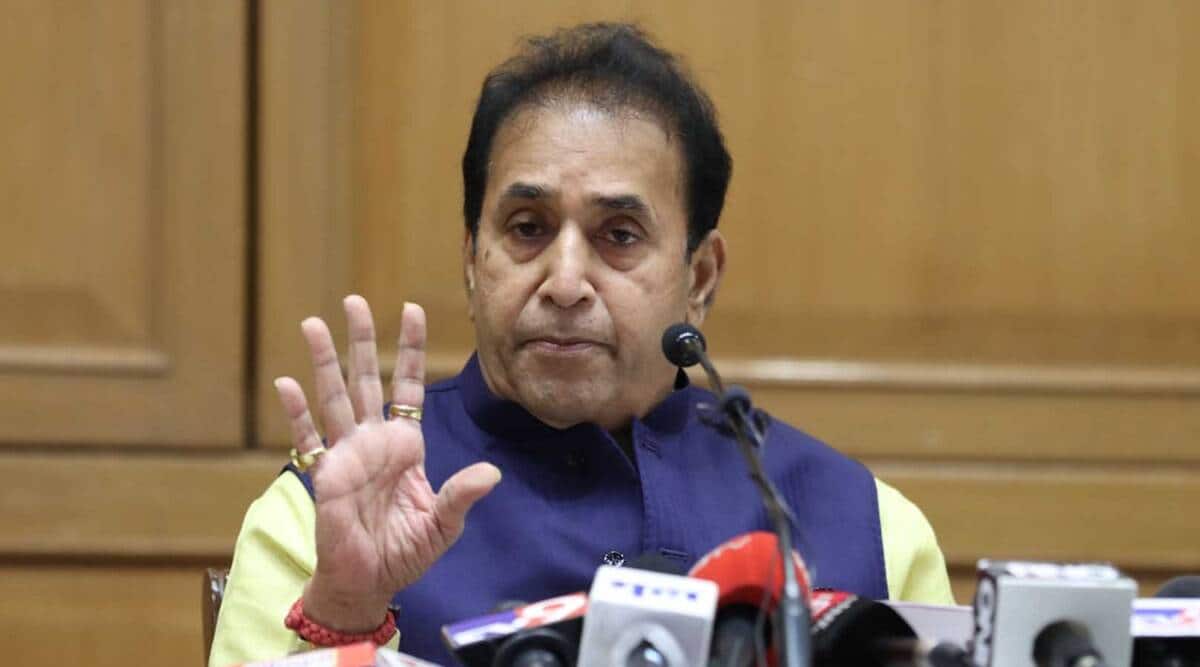 A Delhi court Thursday granted CBI two-day custody of former Maharashtra Home Minister Anil Deshmukh’s lawyer and a sub-inspector (SI) with the agency in connection with the alleged leak of an official report on the agency’s investigation into allegations of policemen being coerced by Deshmukh to collect bribes on his behalf.

The CBI Wednesday arrested the lawyer, Anand Dilip Daga, and SI Abhishek Tiwari. Since Daga was arrested in Mumbai, he was produced before Additional Chief Metropolitan Magistrate R M Nalika, who granted his transit remand to Delhi, around 1.40am.

The CBI investigation against Deshmukh began after former Mumbai Police Commissioner Param Bir Singh alleged that the then minister was forcing policemen to collect bribes on his behalf from bars and restaurants in Mumbai.

On Thursday, the CBI moved a remand application seeking 7-day police custody of both Daga and Tiwari. In their application, the CBI said the “custodial interrogation of both the accused persons are necessary in the interest of the investigation of the case, in view of the facts and allegations of the case”.

CBI submitted, “Abhishek Tiwari entered into a criminal conspiracy with Anand Dilip Daga and unknown others and disclosed case sensitive and confidential documents to Anand Dilip Daga, an unauthorised person for the purpose of subverting the investigation of the CBI in lieu of undue advantage and illegal gratification to himself.”

Daga’s lawyer, advocate Tanveer Ahmed Mir, told the court that he is yet to receive a copy of the FIR. Mir had also sought a copy of the arrest memo. Tiwari on the other hand did not have a lawyer and was represented by legal aid counsel Santosh Singh.

Relying on a Supreme court ruling, Mir told the court that “an accused is entitled to get a copy of FIR…They have lodged the FIR on August 31. So, within 24 hours, they have to provide…The Supreme Court has said all FIRs have to be put on a public platform, except in sensitive matters such as POCSO, terror etc.”

Mir told the court, “I wouldn’t know the allegations unless I have the copy…I believe they put the FIR on the website. If they haven’t, then they are in clear violation of the Supreme Court order.”

Meanwhile, after this submission, special CBI judge Vimal Kumar Yadav asked journalists present at the hearing to leave the courtroom after observing that one should not misuse the liberty given by the court, having seen some persons using their phones.

“If the liberty is being misused, it will be an in-camera proceeding,” he said.