The bungalow was being constructed in Ella village of Tiswadi taluka, and a part of the land was sold in 2015 to Mumbai-based developer Manish Munot, husband of Shaina N C, a BJP spokesperson. 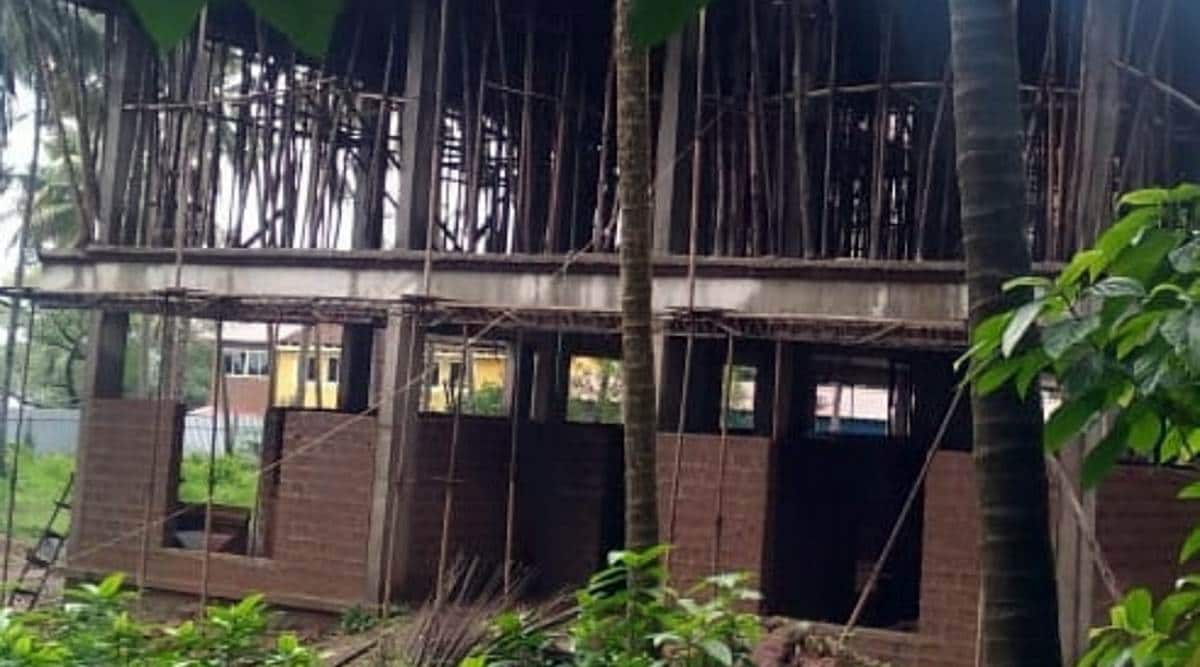 Save Old Goa Act Committee (SOGCA), a collective that has challenged the permissions granted to the construction of a bungalow in the World Heritage precinct in Old Goa in the Supreme Court, on Wednesday submitted a memorandum to Goa Chief Minister Pramod Sawant’s office alleging that various departments of the Goa government had given faulty permissions for the construction of the bungalow.

The bungalow that was being constructed in the Ella village in the Tiswadi taluka and a part of the land was sold to Mumbai-based developer Manish Munot, husband of Shaina NC, BJP Spokesperson in 2015. The SOGCA, in its letter to the Chief Minister, said, “This is a case of gross misuse of power by the State Government to favour a powerful and influential party.”

On Wednesday, Munot, however, said that he had pulled out of the project but refused to comment further. It is learnt that the repeated protests by locals that also saw the Goa Congress joining in in July, politicization of the issue and Shaina’s name being associated with the allegedly illegal construction that she maintained she had no part part to play in, was among the reasons for Munot to back out of the project.

In their letter, the SOGAC said that the construction of the bungalow was being carried out on land that was divided into two parts, both owned by one Jose Maria De Gouveia Pinto. By Sale Deeds executed on May 8, 2015, 2400 sq mt part of the land was sold to one Suvarna Lotlikar and another part of 9500 sq mt was sold Munot. The part sold to Munot had a loja (hut) used for storing coconuts on it.

On the part sold to Lotlikar, the sale deed stated: ““This property is having an ancestral dilapidated residential house which is partly collapsed bearing House No. 57”. But he SOGAC said that as a matter of fact there never was any structure on this land, except a Small Dilapidated Hut (Loja).

“The photographs taken in June 2021 shows the land as completely barren” they stated.

In November 2018, the Archeological Survey of India, while considering an application for construction at the site had stated in its report, “Permission may be considered only for repair/renovation to the existing structure at the site without any horizontal and vertical expansion as it comes under the Protected Area of World Heritage Site.”

The letter also stated that an application for repair was made by Pinto to Director General, ASI in Delhi but the Goa Circle of the ASI said in its inspection report that Lotlikar had sought an NOC for repair and submitted a photograph of a ground plus one structure on the plot. Officers of the ASI in Goa, however, found out that the structure in the photos submitted by Lotlikar in fact existed in Pernem, Goa’s northernmost taluka and not at the Old Goa site. They said the photographs were ‘false’ and her claim of the house existing on the plot prior to 1992 was “fake”.

However, the letter stated the ASI in Delhi granted the permission for repair before the Goa circle’s report was submitted, in February 2020 stating that repair should be carried out in consultation with the ASI Goa Circle.

The letter, however, goes on to add that state government departments including the office of the deputy collector, town and country planning department, the Goa Coastal Zone Management Authority all granted permissions for the construction, disregarding the ASI.

SOGAC’s Hugo Gonsalves said that they had written to the Chief Minister urging him to stop the construction that falls in the heritage precincts that houses monuments protected under the Ancient Monuments and Archaeological Sites and Remains Act, 1958 including the Chapel of St. Cajetan, Arch of Viceroy and Largo of St. Cajetan. He said that information availed under the Right to Information clearly showed that the permissions were fraudulently obtained.

“We would like to state that Old Goa being a place of Worship and World Heritage for years now, is very close to the heart of every true Goan irrespective of Caste, Religion and Creed. This being a well known fact, it is the duty of every elected representative and the State Government to Protect and Preserve the said place from all fraud and conspired illegalities for future posterity,” SOGAC stated.