Ahead of the sowing season of Rabi crops like mustard and wheat, farmers of several districts of MP are struggling with shortage of fertiliser at the distribution centres of co-operative societies. 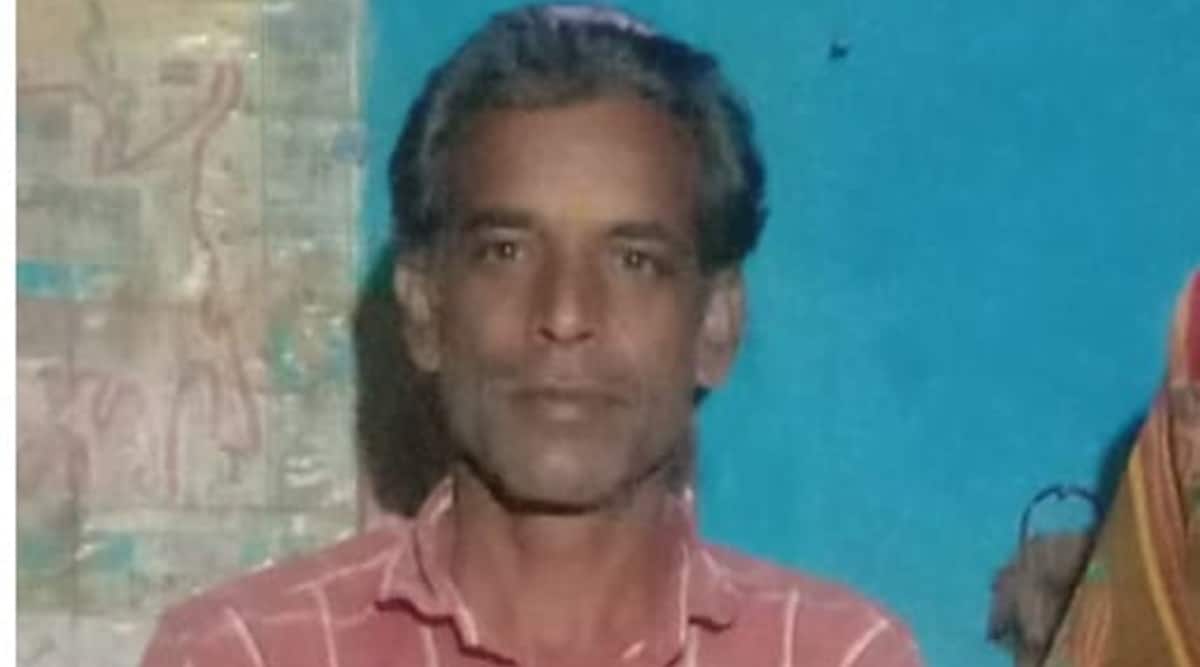 A 43-year-old farmer in Madhya Pradesh’s Ashok Nagar district identified as Dhanpal Yadav died allegedly by suicide Thursday night. Dhanpal’s family said he had taken a loan of Rs 2.5 lakh and was stressed over unavailability of fertiliser for his 3.5 bigha land, while the district administration denying the claims stated that he had no land under his name. They said Dhanpal worked as a driver and had drinking issues.

Ahead of the sowing season of Rabi crops like mustard and wheat, farmers of several districts of MP are struggling with shortage of fertiliser at the distribution centres of co-operative societies.

Ashok Nagar district has witnessed several protests with farmers resorting to chakka jam after spending long hours in queues outside fertiliser distribution shops. Apart from Ashok Nagar, the police in Kailaras town of Morena district had recently resorted to lathi charge after farmers were seen jostling in a long queue outside a cooperative society that created a stampede-like situation. Videos of the lathicharge from Morena that falls under the Lok Sabha constituency of Union Agriculture Minister Narendra Singh Tomar had gone viral on social media.

In the subsequent week, there were several instances of farmers turning to road blockage owing to the unavailability of fertiliser in Bhind and Morena. A week ago, on October 21, farmers protested outside a co-operative society in Charnal village of Sehore district after they were denied fertilizer despite waiting for days.

procuring fertiliser but despite queuing outside shops for two weeks, he returned empty-handed.

“On Thursday, he came home with poison and consumed it. We only learnt when his son came running to our house seeking help. We rushed him to the block hospital but after putting salines, the doctors asked us to take him to the district hospital in Ashok Nagar. He died on the way there,” said Dhanpal’s brother Rajbeer Yadav.

A press note issued by Ashok Nagar police stated that Dhanpal’s brother Sishupal, who spoke to Dhanpal while he was being treated in Eshagadh hospital, stated that he complained of severe stomach ache and did not mention anything about consuming poison. The press note also quoted Dhanpal’s wife, Umadevi, having informed the police that Dhanpal was intoxicated for the past two days without eating any food. “He did not mention any issues related to purchase of fertilizer or farming,” the press note quoted Umadevi.

Ashok Nagar collector R Umamaheshwari, while speaking to The Indian Express, said the preliminary report has not established death due to poisoning and it can only be clear once the viscera reports are out. “Dhanpal Yadav did not have a farm land under his name and he also worked as a driver.”

She further said there was a shortage of fertiliser owing to untimely rains that has irrigated large portions of land and the purchase of fertilisers has also been 20 percent higher as more than usual land has been sowed with mustard this time.

“But we are making our best efforts to meet the increased demands. The farmers are being given options of buying fertilisers from private traders at the same rate and in case of unavailability of DAP, they are being provided with urea.”

Dhanpal’s brother Sishupal Yadav, rubbishing the version of the district administration, said, “My father is alive and the farmland is in his name. Also, who can survive on 3 bighas of land, so we both take up odd jobs including driving but that does not take away from the fact we have been running from pillar to post for fertilizer and lenders had been harassing us. Our land was not prepared for sowing, which is what forced my brother to take the drastic step.”

It was on Thursday that Chief Minister Shivraj Singh Chouhan, while addressing the farmers of the state, said adequate fertilisers will be made available to farmers and that they need not worry on that count,

“We have demanded 32 additional rakes of fertilizers to be delivered by October 31. It will reach different parts of the state and will be made available to the farmers. For November, the demand will be met, I have spoken to the Central government. There is Nitrogen, Phosphorus, Potassium (NPK), Di-ammonium (DAP) and urea available in adequate quantities and if required, the farmers should use NPK and urea as well,” said Chouhan.

Leader of opposition Kamal Nath asked CM Chouhan to issue a white paper on the fertiliser demand and supply for the past three years. Kamal Nath said, “Everyday there are visuals coming in of farmers resorting to chakka jams, protesting and now even dying by suicide due to unavailability of fertiliser and now the government denying its shortage is making a mockery of those farmers. The farmers are dealing with shortage for the past two months but the entire government is busy in elections instead of making arrangements.”