Raigad District Collector Nidhi Choudhari said various authorities had been directed to collate records about construction projects by them for structural audits. 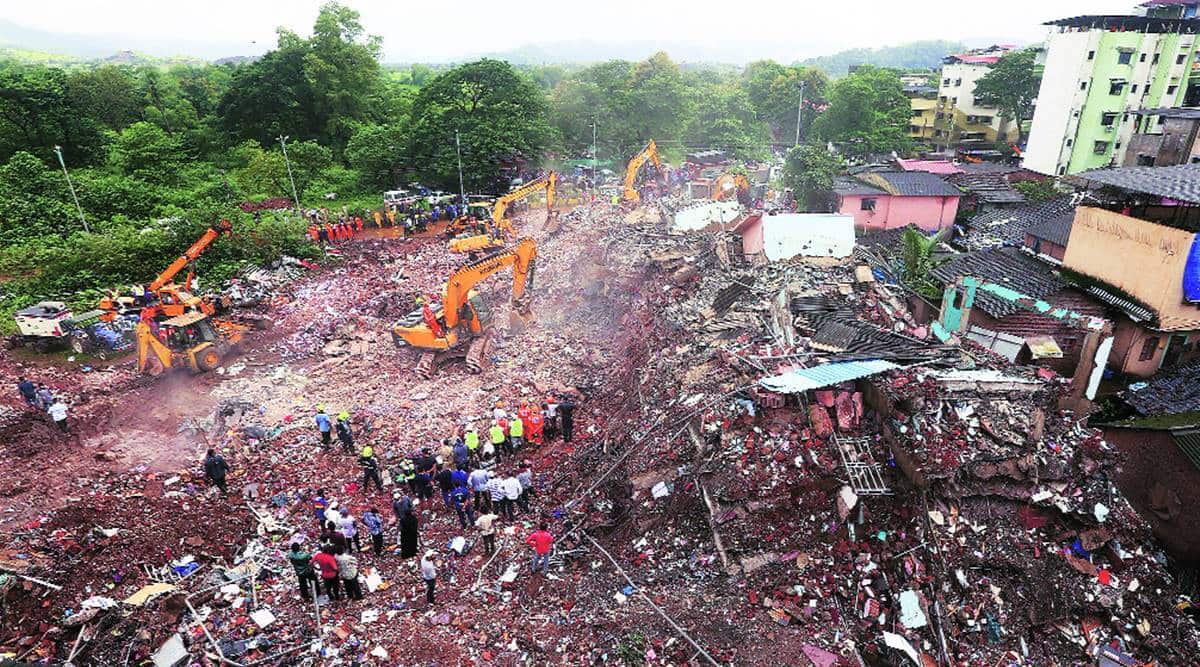 IN THE backdrop of the Tarigue Garden building collapse in Mahad on August 24, which killed 16 people, the Raigad district administration has undertaken a search for other projects in the district by the same developer, structural engineer and architect, so as to carry out structural audits. Police registered an FIR against five, including the developer of Kohinoor Developers, who constructed the building in 2013. Residents have complained of structural problems soon after they moved into their new homes.

On Wednesday, Sudhakar Deshmukh, the commissioner of Panvel Municipal Corporation, wrote to planning authority City and Industrial Development Corporation (CIDCO) directing it to carry out audits on all projects under its jurisdiction in which Kohinoor Developers, architect Gaurav Shah, and structural engineer Bahubali Dhamne, who was arrested on Wednesday, were involved.

The letter states that it is necessary to conduct audits of all projects involving the three. “All such projects should be audited ensuring that they have structural stability certificates with appropriate action initiated if any violations are found,” it states.

Raigad District Collector Nidhi Choudhari said various authorities had been directed to collate records about construction projects by them for structural audits.

According to the website of Kohinoor Developers, along with Tarique Garden, the developers have listed at least five other construction projects, including four at Taloja in Navi Mumbai, named Tarique Galaxy, Tarique Sapphire, Tarique Heritage and Tarique Paradise. Another project listed on the website is at Mahabaleshwar in Satara district.

The website states that the developers have been in real estate construction since 1995 with projects across Navi Mumbai.

Residents of Tarique Garden in Mahad said they complained about the quality of the construction months after they moved in. On Wednesday, residents provided proof of payment made to the builder. Some also gave statements to police regarding their complaints against construction.

The Mahad Municipal Council is also in the process of issuing notices to housing societies in its jurisdiction to carry out structural audits within 15 days. An official from the council said 13 buildings had been identified to be in a dilapidated condition or in need of urgent repairs. The council will carry out an immediate audit on them to decide on further course of action, the official added.

“Notices will be issued to other housing societies to ensure that they comply and have structural stability certificates,” an official said.

There are more than 200 housing societies in the town, which has a population of over 27,000.