Active Covid-19 cases among the inmates have seen a slight rise over the last few days — from 45 on June 12 to 85 on Saturday. 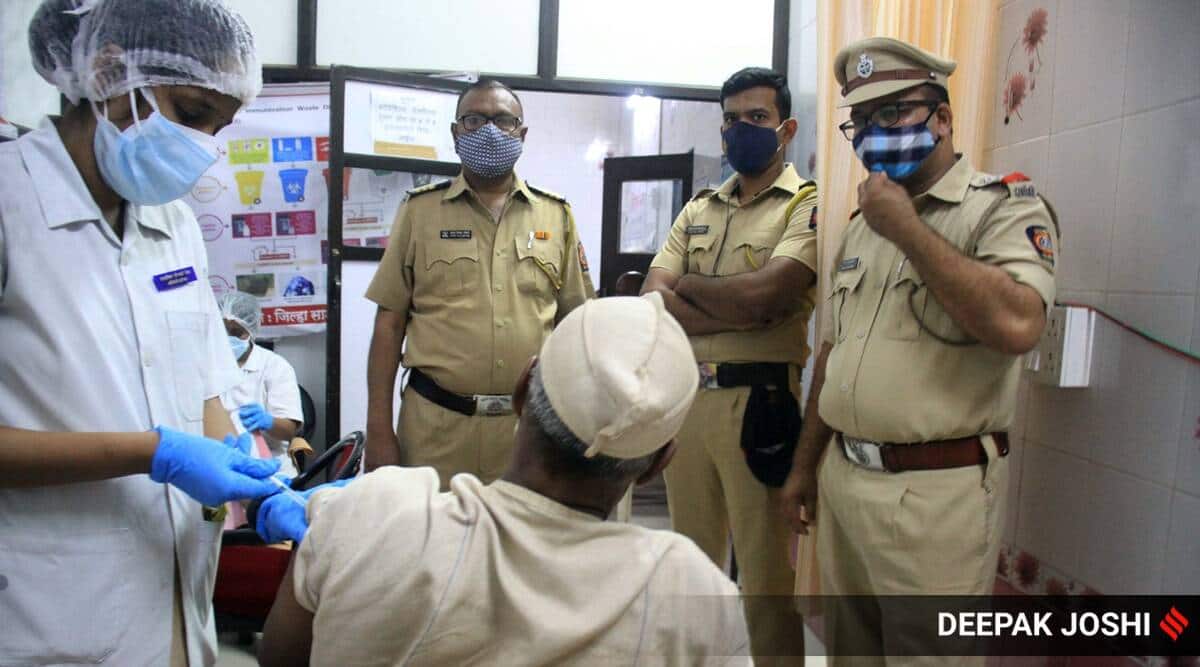 As many as 23,300 inmates across prisons in Maharashtra have received at least one dose of a Covid-19 vaccine till July 11. This is a sharp rise from the 7,600 who had received the first dose till June 11.

With the Maharashtra Prison Department intensifying its inoculation campaign, it has been able to vaccinate 70 per cent of the 33,600 prisoners.

Of the 23,300, 19,200 are undertrials and 4,100 convicts. Officials said the number of inmates vaccinated over the last one month is double the number who were given jabs in the month before that.

“We are conducting vaccination drives with the help of local authorities at respective locations of the prisons. In some smaller prisons, we are making sure that the majority get vaccinated in one go. In prisons with larger populations, drives are being conducted after dividing the inmates into batches,” a prison department officer said.

Meanwhile, active Covid-19 cases among the inmates have seen a slight rise over the last few days — from 45 on June 12 to 85 on Saturday. However, the number of prisons from where Covid-19 cases have been reported has gone down from 16 to 12, the data has revealed.

Since the second week of May, when cases started rising at an alarming rate among the inmates, the Maharashtra Prison Department had started the process of releasing undertrial prisoners to decongest the jails. To date, 2,300 inmates have been released on bail and parole.

According to vaccination figures put out on Saturday, 3,288 inmates of Arthur Road Prison have been inoculated so far, followed by 2,758 at Yerawada central prison, 2,264 at Thane central jail, 2,244 at Nashik central jail, 909 at Amravati central jail, and 698 at Kolhapur central jail.

Since the start of the pandemic last year, 44 of the 47 prison establishments in Maharashtra have reported Covid-19 cases. 4,233 prisoners have tested positive to date, of which 4,135 have recovered, 13 have succumbed and 85 are recovering.