The health department had announced Shinde’s suspension thinking that she was a medical officer. However, it later came to light that she is a postgraduate medical student doing her internship at the hospital. 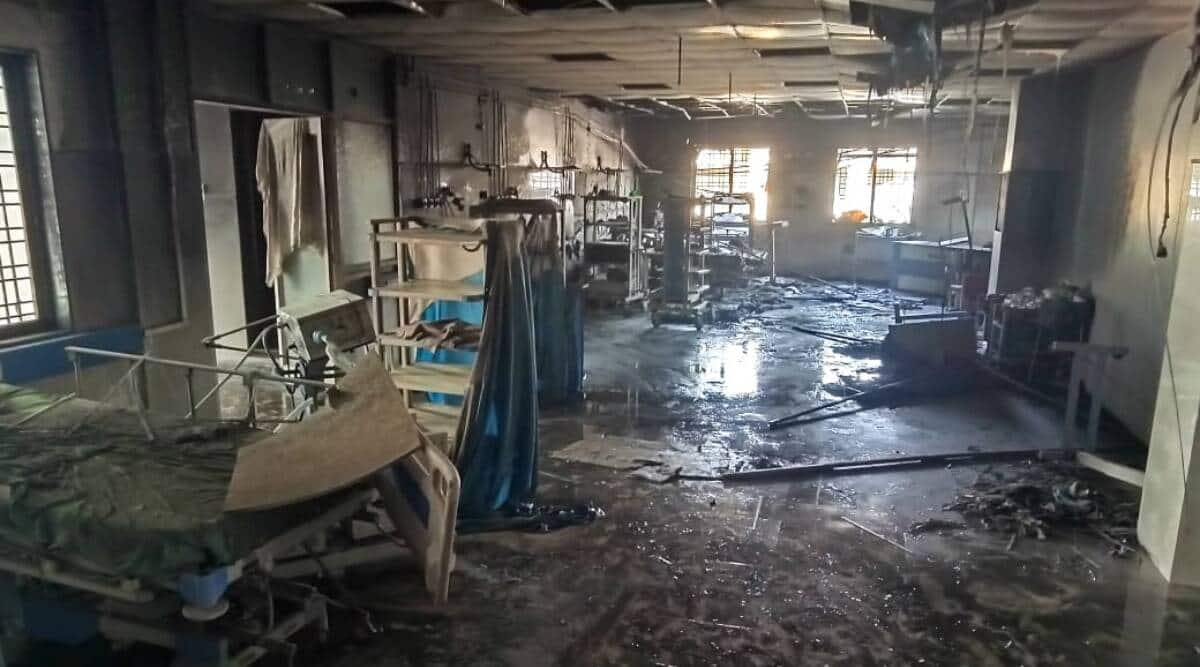 The Maharashtra health department has revoked the suspension of Dr Vishaka Shinde, who was arrested along with three other nurses following a fire at the Ahmednagar district hospital that had killed 11 Covid-19 patients.

The health department had announced Shinde’s suspension thinking that she was a medical officer. However, it later came to light that she is a postgraduate medical student doing her internship at the hospital, the letter revoking the suspension, a copy of which is with The Indian Express, has revealed.

“Earlier, the administration had thought that she was a government employed medical officer. However, later, when they realised their mistake, they revoked her suspension,” Advocate Makasare Yohan, who is representing Dr Shinde, said.

“My daughter is just a medical student who was stationed at the Covid ward. She has no training in fire-fighting,” said Rajendra Popat Shinde, father of Dr Shinde. Her family has been rallying for her release, saying that she cannot be held responsible for the deaths.

The Indian Medical Association and other medical students’ bodies have been alleging hospital staff are being targetted so as to shift the blame from the state government.

Dr Pranav Jadhav, vice president of Central Maharashtra Association of Resident Doctor, said, “The doctors are responsible for treating patients. They are not fire fighters. The officials, who had allowed the hospital to run without proper safety measures, should be blamed for the deaths. Blaming resident doctors is absolutely wrong.”