Wondering how Mamata Banerjee dreams about ousting the Narendra Modi government from power without the Congress on her side, Adhir Ranjan Chowdhury said, "Are you really serious about dislodging Modi, or there is more to it than meets the eye?" 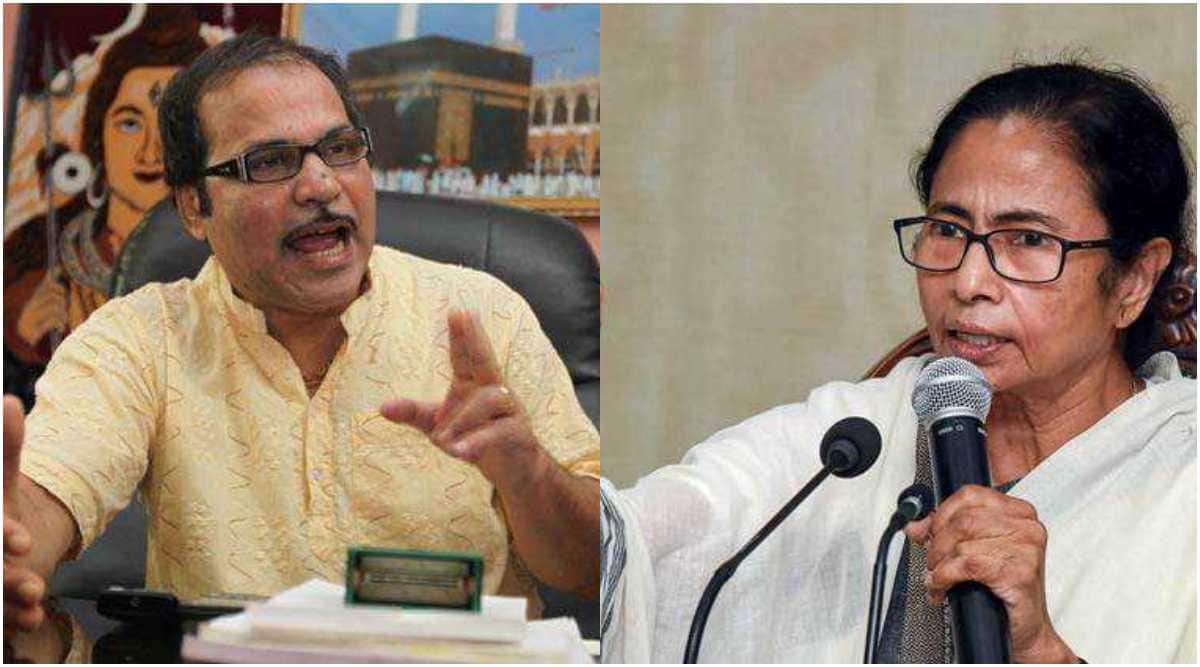 West Bengal Congress president Adhir Ranjan Chowdhury on Sunday charged Trinamool Congress supremo Mamata Banerjee with being ungrateful, claiming that for narrow political interest she is trying to belittle the grand old party which had supported her in the past.

Chowdhury, also the leader of the Congress party in Lok Sabha, asserted that the Congress gave her recognition in the UPA government and supported her to become the chief minister of West Bengal in 2011.

The Trinamool Congress supremo was the railway minister in the UPA government which was headed by the Congress. When she ousted the 34-year-old Left Front government a decade ago, the Congress was the TMC’s alliance partner.

“Do you think the Congress has no contribution to the TMC’s coming to power in West Bengal in 2011? Do you think the Gandhi family had no role in your political career?” Chowdhury asked at the end of a party rally organised in Kolkata to protest against the rise in fuel prices and essential commodities.

Without naming Banerjee, Chowdhury said she will not gain anything by belittling the Congress.

Wondering how Banerjee dreams about ousting the Narendra Modi government from power without the Congress on her side, the Baharampur MP said, “Are you really serious about dislodging Modi, or there is more to it than meets the eye?”

Chowdhury, a vociferous critic of the TMC supremo, had on October 31 also claimed that the Congress had always come out in support of her and wondered if she was working as an “agent of the BJP”.

At Sunday’s rally, he said, “After her repeated barbs at our party for the past three months, she has suddenly fallen silent after the win of the Congress in recent by-elections in some north Indian states. People of the country have shown the TMC that the Congress is getting their support.”

In a dig at the industrialisation drive by the West Bengal government, the senior Congress leader said, “How many investments have come from the five editions of Bengal Global Business Summit? Now they are planning another business meet and promising lakhs of youths with employment. But let me ask if hundreds have got jobs. Not a single.”

Referring to the assertion by Banerjee that lakhs of employment will be generated by the Deucha Pschami coal block in the state, Chowdhury said, “This is the last of your tall claims. In West Bengal, only the migrant workers industry has developed under which youths leave their home state for employment.”

Chowdhury has been more vocal against the TMC ever since the TMC projected her as the spearhead of the anti-BJP campaign and said only her party can take the mantle as the main adversary capable to oust Narendra Modi.

The TMC’s mouthpiece and national General Secretary Abhisek Banerjee had also accused the Congress of failing to give a proper fight to BJP since 2014, allowing the saffron camp to occupy the centrestage.

Turning his tirade towards the prime minister, Chowdhury said Modi had promised to fight terrorism, black money and counterfeit notes by demonetisation in 2016 but none of them could be checked as the plight of the common man increased manifold.