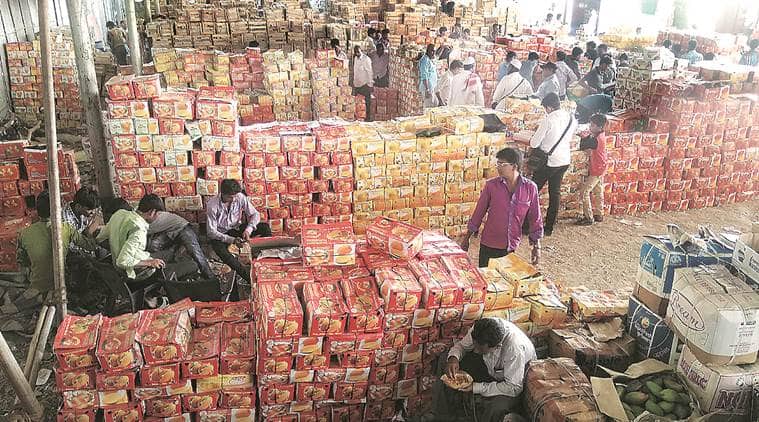 Mango exporters in Maharashtra, who have already expressed concerns about poor quality and the low amount of produce, have also complained of hiked freight rates, which, they fear, will reduce total exports of the fruit by 20-30 per cent.

After Jet Airways, one of India’s biggest airlines, decided to ground its entire fleet, ferrying the produce in other airlines is proving to be a costly option for exporters, given the spike in air freight rates. On an average, the carrier used to carry 200 tonnes of consignment every day which, between March and June, comprised a large amount of mangoes.

Ekram Hussain, vice-president of the Vegetable Exporters’ Association, said since the Jet Airways crisis unfolded, air freight charges have skyrocketed. “The airlines, which used to charge Rs 210-220 per kg as freight, have increased the rate by minimum Rs 45-50 per kg since then,” he said.

As most exporters have already signed contracts with overseas players, they have no choice but to pay the hiked charges if they want to send their produce abroad. But increased freight charges are not the only thing they are contending with, as they also have to deal with reduced space for freight consignments.

Hande said Indian mangoes lose out in competitive pricing in the international markets, given the lack of price parity due to higher freight charges. If the current situation continues, Indian players will not be able compete in international markets at all, said Hande.

The mango season this year has already started on a sour note, as growers have complained of reduced productivity and quality concerns.

In the Konkan region of the state, which has orchards of the famed Alphonso mangoes, growers have reported triple flowering due to climate change, which has reduced production by 30-32 per cent.

Growers also have concerns about the quality of the produce being affected due to variations in temperature.

Data from the Maharashtra State Agricultural Marketing Board (MSAMB) suggests that 566.5 tonnes of mangoes have already been treated and sent to various markets overseas from the export facilitation center of the board in Vashi. This year, the board has set an ambitious target of 2,410 tonnes of export, but most exporters feel that the target will be difficult to achieve.

The mango exporters are also finding it difficult to ensure that the fruit reaches international markets in time.