At present, farmers have late kharif and rabi onions in storage. While the former has a shorter shelf life, the latter, due to its lower moisture content, has a longer shelf life 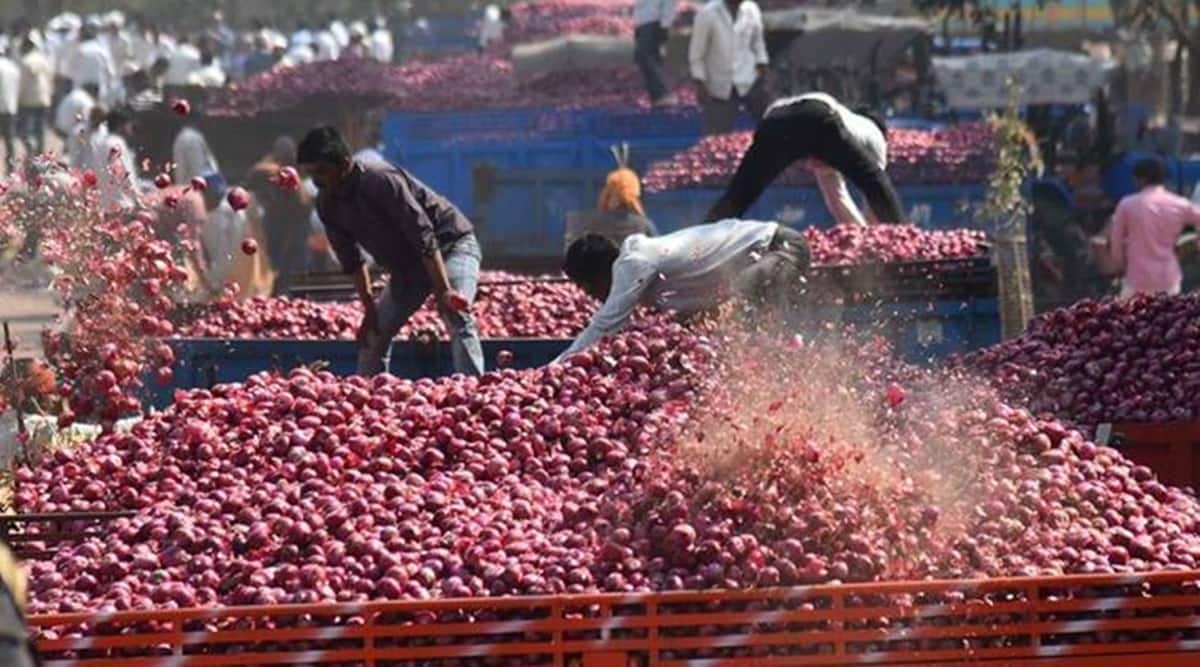 In response to the 10-day lockdown in Nashik district, traders and market committees have decided to go directly to farmers’ fields to buy onions. The Lasalgaon Market Committee has made a detailed plan for farmers to sell their produce at the farm gate under its supervision to prevent complaints of cheating.

Nashik, like other districts of Maharashtra, has resorted to a strict 10-day lockdown to break the chain of transmission of Covid-19. During lockdown, which is to last till May 23, household essentials like milk and vegetables will be delivered at home. The district collector has also ordered the closure of agricultural produce marketing committees, but farmers who wish to sell their produce are free to do so as traders are allowed to carry out trade directly at the farm gate.

At present, farmers have late kharif and rabi onions in storage. While the former has a shorter shelf life, the latter, due to its lower moisture content, has a longer shelf life. Mostly farmers will store their rabi produce, which has been harvested after March, in on-field moisture proof structures called kanda chawls to stop them sprouting green shoots. This stored onion would feed the market till the arrival of the new stock after Diwali.

Survarna Jagtap, chairperson of Lasalgaon’s wholesale market in Niphad taluka of the district, said closure of trade in wholesale markets made preparation for farm gate trade possible. Employees of the market committees had been assigned to traders and commission agents, whom farmers could contact for direct sale, Jagtap said. “In case a farmer wants to sell, they are advised to contact traders. The trade would be carried out at the farm gate under the supervision of market representatives,” she said.

The state has long denotified vegetables from market committees that allows traders to buy from farmers without the supervision of market committees. But numerous complaints of cheating have made farmers wary of farm gate sales.

Nashik is also the centre for large-scale procurement of onions by farmer producer companies (FPC). Eknath Sanap, director of Goda Dharna FPC in Sinnar taluka of the district, said their procurement centres were open and farmers who wanted to sell were bringing in their produce. “In Ahmednagar, Pune, the FPCs procure at the farm gate,” he said.

Sanap and Jagtap said at present farmers were not in a hurry to sell their produce. Jagtap also said late kharif onions had higher probability of moisture loss, so around 10 to 15 per cent farmers would like to offload their produce. Sanap, however, said most farmers were wary of social contact as the spread of Covid-19 in rural areas was like “wildfire”. “While trade is on, few are venturing out,” he added.