Parambir Singh’s “letter bomb”, accusing Home Minister Anil Deshmukh of setting a monthly extortion target of Rs 100 crore holds suspicion if it was he who wrote the letter all by himself or took a lawyer’s advice. 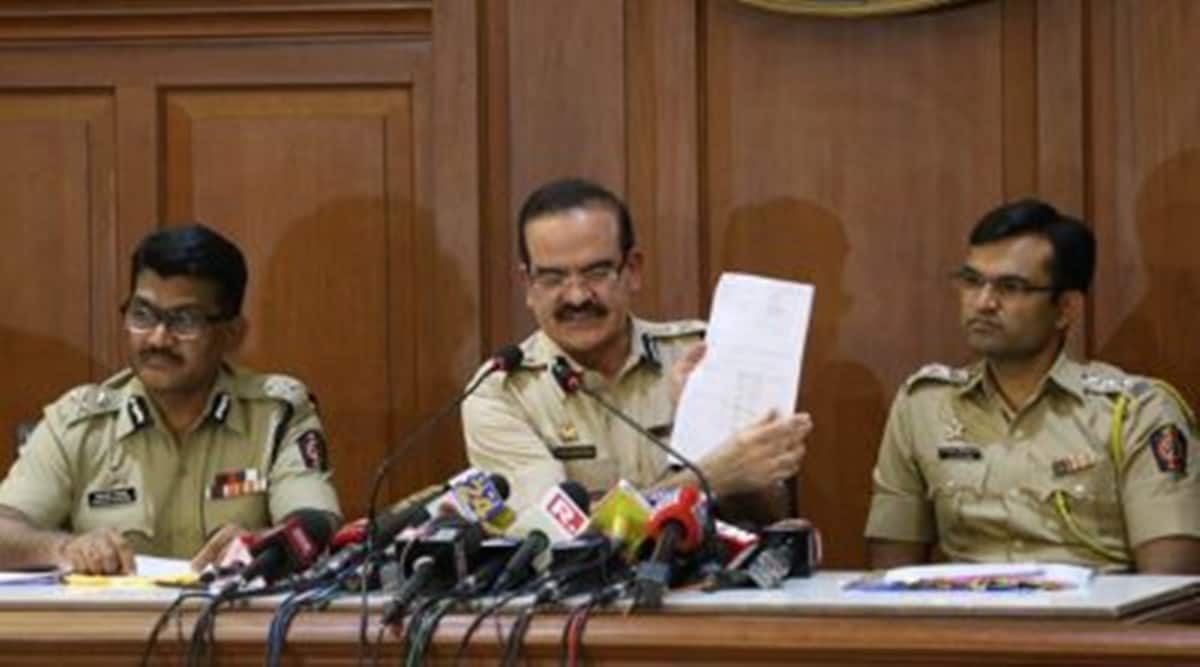 Former Mumbai Commissioner Parambir Singh’s “letter bomb”, accusing Home Minister Anil Deshmukh of setting a monthly extortion target of Rs 100 crore for police, was so neatly drafted with some Latin thrown in to that those acquainted with him believe he could not have written it by himself, and was guided by professional legal help.

Shiv Sena MP Sanjay Raut, one of the key backroom boys of the Uddhav Thackeray-led MVA government, normally takes on the BJP or the Centre aggressively, counter questioning their actions even at the slightest hint that the three-party coalition is being cornered on some issue. As the Waze- Parambir Singh-Anil Deshmukh row exploded on Saturday, Raut’s unusually circumspect suggestion of “introspection” among the MVA allies and the remark that “wisdom does not work before power” has sparked talk that someone important in the MVA might have spurned his advice.

Amid all the bad press for the Sena, the party’s big victory in the Jalagoan civic body got little attention. Eknath Shinde, minister for urban development and Sena leader from Thane, played a crucial role in wresting it from the BJP, which has the majority in the municipality, and installing a Shiv Sena mayor. Using his network, Shinde housed more than 25 BJP corporators in a hotel in Thane and kept them away from the public eye and ensured that they voted for the Sena candidate in the mayoral polls.

The Crime Intelligence Unit of the Mumbai crime branch, which was led by the now suspended assistant police inspector Sachin Waze, is facing an unprecedented problem. Another officer has taken charge, but with as many as seven of its officers being interrogated by the National Investigation Agency in the Antilia bomb scare case, the unit is suffering from lack of manpower. The unit has suspended work in major cases like TRP scam, Dilip Chhabria case for a week as there wasn’t a quorum in the office.

BJP General Secretary (Organisation) Vijay Puranik has been relieved of the most coveted post in the party’s state unit. State BJP President Chandrakant Patil has handed the additional charge to General Secretary Shrikant Bharatiya. Puranik’s sudden exit from organisation is attributed to differences among the state BJP leadership in executing the plans and programmes. As a result, the state leadership has urged the RSS to recommend a suitable replacement to the post. Insiders in the BJP admitted that Puranik, at present, has been assigned some role in the West Bengal Assembly polls. But shortly, he will return to the RSS which will determine his next task.

Maharashtra cadre IPS officers, who are on central deputation, are carrying the cross of the Sachin Waze case. A senior officer said the incident had dented the image of Mumbai Police so much that he was flooded by queries from his colleagues about how he had survived in such a force. The officer had a tough time explaining that this was an exception for an otherwise respected force.