Ananya Pandey on Thursday had recorded her statement in connection with the arrest of Aryan Khan, the son of Bollywood actor Shah Rukh Khan. 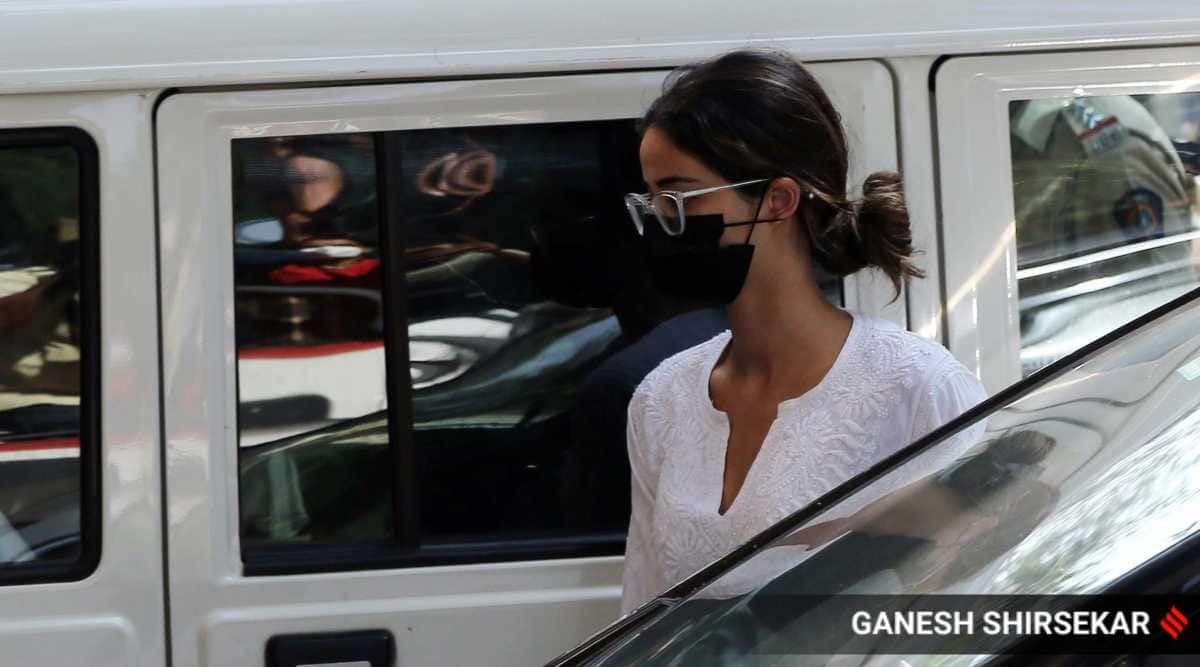 Mumbai Live News Updates: Actor Ananya Pandey arrived at NCB office on Friday for a second round of questioning in cruise ship drugs case. She was accompanied by her actor-father Chunky Pandey. On Thursday too, Ananya had recorded her statement in connection with the arrest of Aryan Khan whose bail hearing was put off by the Bombay High Court on Thursday till October 26.

Meanwhile, one person died after a level-4 fire broke out on the 19th floor of a residential building in South Mumbai’s Lower Parel area on Friday. The incident took place at the city’s luxury Avighna Park society.

“A fire broke out due to short-circuit in a flat. Management needs to be punished for non-operational fire fighting system in a new building. Residents blamed the builder for not handing over the charge to the society as he is carrying out illegal construction,” said Mayor Kishor Pednekar. The fire has since been doused.

Mumbai Municipal Commissioner I S Chahal said that he had ordered a probe into the incident. According to Chahal, 19 residents of the building locked themselves in their apartments on the 19th and 20th floors after the fire broke out. They were later rescued by the fire brigade.

Ananya Pandey at NCB office fro second round of questioning on Friday.

Actor Ananya Panday arrived at NCB office on Friday for a second round of questioning in cruise ship drugs case. The actress on Thursday had recorded her statement in connection with the arrest of Aryan Khan, the son of Bollywood actor Shah Rukh Khan. Aryan’s bail hearing was put off by the Bombay High Court on Thursday till October 26.

Following the fire in the Avighna building on Mahadev Palav Marg, the routes of three BEST buses — headed towards Bharat Mata Cinema, Ganesh Cinema and Gulabrao Ganacharya Chowk via Babasaheb Ambedkar marg — have been diverted.

The fire has been doused, fire brigade officials confirmed.

A 30-year-old man died after he jumped out of the 19th floor of the Avighna Park Building in Lower Parel to escape the fire. He was taken to KEM hospital, where he was declared dead.

A fire broke out on the 19th floor of the Avighna park building in Lower Parel on Friday.

Launching a scathing attack on Narcotics Control Bureau (NCB) Zonal Director Sameer Wankhede, Maharashtra minister and NCP leader Nawab Malik on Thursday dubbed the officer as “bogus” and asserted that once “proof” against him is out, he can not remain in government service for even one day.

Continuing his tirade against Wankhede, who supervised a raid on a cruise liner off the Mumbai coast earlier this month that led to the alleged recovery of drugs and arrest of superstar Shah Rukh Khan’s son Aryan, Malik claimed the IRS officer will lose his job in one year and eventually land in jail. (PTI)

Actor Ananya Panday has been summoned by the Narcotics Control Bureau (NCB) for another round of questioning at 11 AM today. Yesterday, the actress recorded her statement in connection with the arrest of Aryan Khan, the son of Bollywood actor Shah Rukh Khan. Aryan, whose bail hearing was put off by the Bombay High Court on Thursday till October 26, earlier in the day got his first visit from family as Khan came to the Arthur Road jail to meet the 23-year-old.

THE EXTENSION of the Western Railway’s Harbour Line from the Chatrapati Shivaji Maharaj Terminus (CSMT) till the Borivali railway station is likely to begin from January next year as the survey work is likely to be completed before the year-end.

Presently, the Harbour Line connects CSMT with the Goregaon railway station and from there it will be extended to the Borivali station. After completion, it will provide direct connection for people living in Borivali to CSMT. The Central Railway before the pandemic used to operate one service between CSMT to Borivali.

Presently, if one has to travel to CSMT from Borivali, one has to change trains while travelling to CSMT Borivali, which is time consuming and hectic especially during the peak hours. Read the full report here.

A METROPOLITAN magistrate’s court on Thursday has rejected an application filed by actor Kangana Ranaut seeking transfer of the ongoing proceedings against her filed by lyricist Javed Akhtar.

Akhtar, through his lawyer Jay Bharadwaj, had opposed Ranaut’s plea stating that while the Andheri court had issued process against her in February observing that a prima facie case of defamation was made out, her ‘wilful absence’ had delayed the case and ‘caused further harassment’ to Akhtar. Read the full report here. 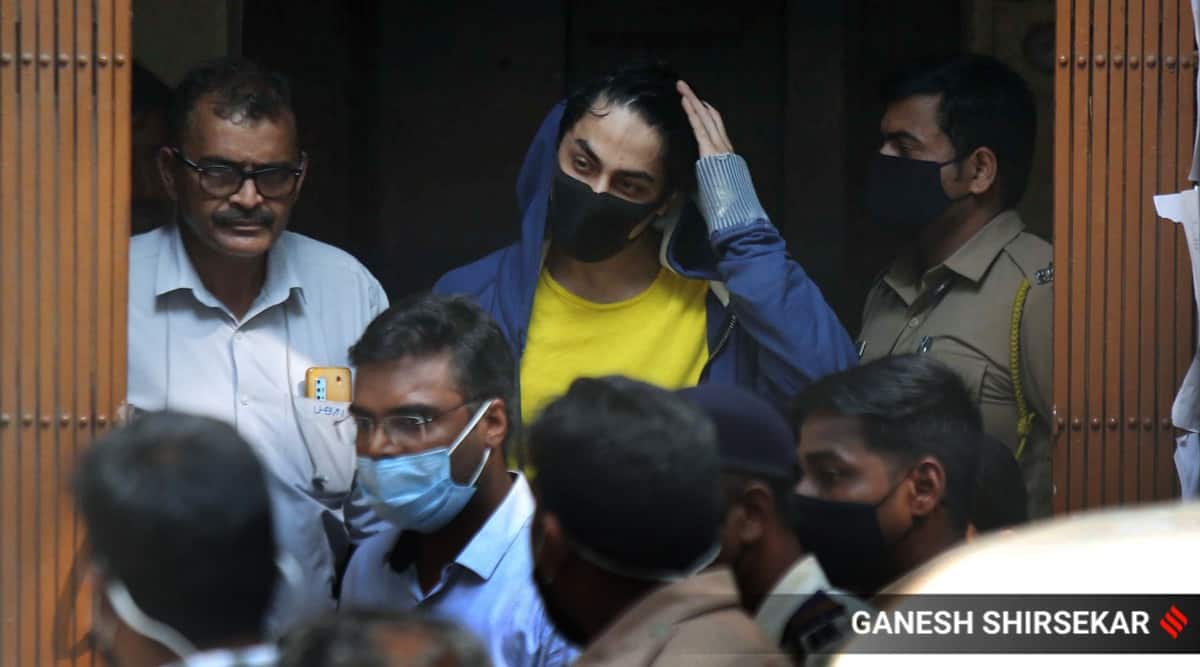 Aryan Khan and others accused in connection with the drugs case brought to a court in Mumbai. (Express file photo by Ganesh Shirsekar)

THE Narcotics Control Bureau (NCB) Thursday summoned actor Ananya Pandey to record her statement in connection with the arrest of Aryan Khan, the son of Bollywood actor Shah Rukh Khan. Aryan, whose bail hearing was put off by the Bombay High Court on Thursday till October 26, earlier in the day got his first visit from family as Khan came to the Arthur Road jail to meet the 23-year-old.

The NCB also visited Khan’s residence Mannat on Thursday, and said it was to collect some documents.

Khan spent around 15-20 minutes at the jail with Aryan, who has now been in custody since October 3. The Arthur Road jail, which had stopped family visits due to Covid protocols, restarted the same Thursday morning. Officials said that two persons from a family are allowed at a time.

In bail pleas before court, three accused say they are not connected, alleged recoveries of drugs also not linked

A day after bail plea of Aryan Khan, son of actor Shah Rukh Khan, was rejected on grounds including alleged conspiracy, three other accused arrested by the Narcotics Control Bureau (NCB) in the cruise drug bust case said on Thursday in their bail pleas before the special court that they were neither connected to each other nor the alleged recoveries of drugs were linked.

The court was hearing arguments made on behalf of Aachit Kumar, arrested allegedly based on the retracted statement of Aryan. It also heard the bail pleas of Odisha residents Manish Rajgaria and Avin Sahu.

“By adding the charge of conspiracy, the NCB is alleging that whatever drug recovery is made from one accused is liable on all others. But the agency has not shown any nexus between all the accused. The element of conspiracy under the NDPS Act is very narrow. These accused were traveling in the cruise independently. For convenience, the NCB has registered only one complaint. This had also been done in the case of Rhea Chakraborty. Though 33 people were arrested, not all of them were linked to each other. In this case too, different recoveries have been made independent of each other,” lawyer Taraq Sayed said on behalf of Rajgaria, from whom NCB allegedly recovered 2.4 gm of ganja.