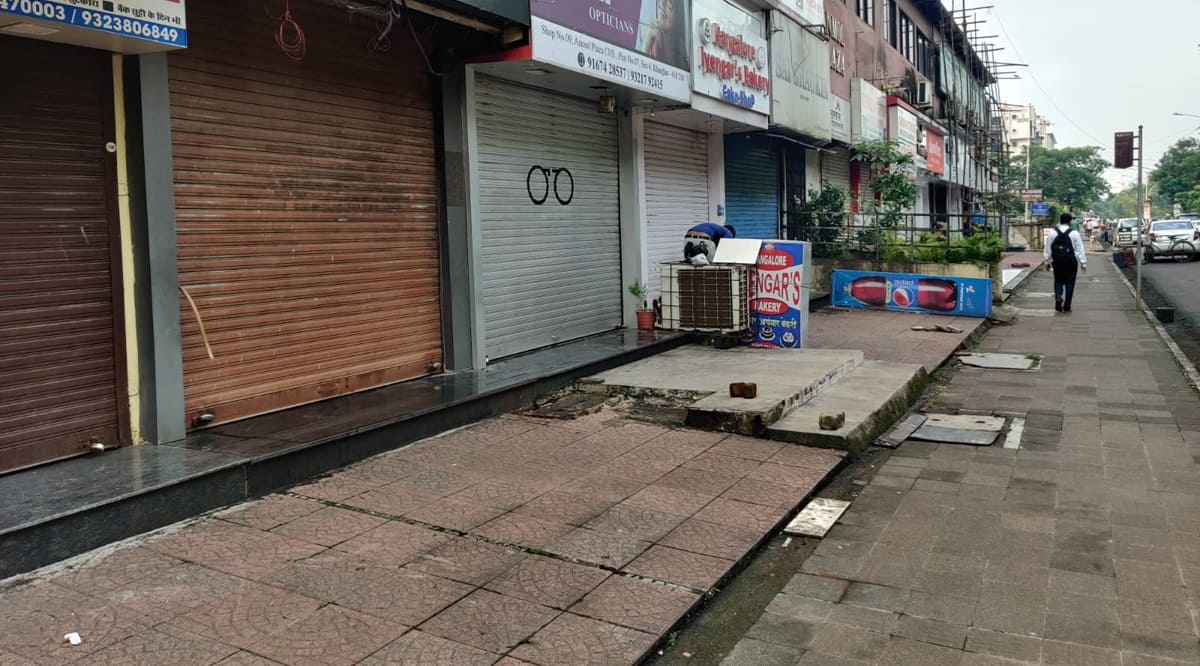 Mumbai News Live: Shops will remain closed across Maharashtra today as the Maha Vikas Aghadi government has called a bandh in solidarity with farmers in Uttar Pradesh and to express regret over the deaths in Lakhimpur Kheri.

Congress leaders including state chief Nana Patole and city chief Bhai Jagtap are expected to go to Raj Bhavan and hold a sit-in. Patole said that the developments in Uttar Pradesh were throttling democracy.

A Shiv Sena shakha pramukh from western suburbs said, “We have been told to ensure that shops are closed, but not to get out on the roads and create a din as we are in power.” Most agricultural market produce committees including the Vashi APMC and shops are expected to remain shut on Monday.

Meanwhile, there is a 3,300-MW shortage of electricity in Maharashtra as 13 power generation units are closed due to a shortage of coal. Energy Secretary Dinesh Waghmare said, “We have coal stock that will last one and half days. We are repeatedly asking the centre to give us coal. The coal sent to us is not sufficient. At this rate, we will have to load shedding.”

Most establishments in Navi Mumbai and Mumbai are shut in support of the MVA’s call for a state-wide bandh to protest against the Lakhimpur Kheri violence. Lesser than normal traffic was seen on Navi Mumbai streets.

“Federation of Retail Traders Welfare Association has decided to keep shop close till 4 pm in support of bandh called by Maharashtra Vikas Aghadi government in protest of the killing of farmers,” said FRTWA President Viren shah

After a PIL in the High Court, the state government has been forced to fill the vacancies at the state human rights commission. A panel of 10 retired judges and chief justices of the High Court has been suggested for the posts of chairperson, and for members, three will be chosen from a panel of 40 persons. At present, the human rights panel has IAS officer Tukaram Mundhe as member secretary and two IPS officers in the investigation wing. The full-fledged commission will be appointed by October-end.

Sameer Wankhade, zonal director at the Narcotics Control Bureau, is learnt to have got an extension after his tenure ends next month. This will be the second extension. Wankhade had come to the NCB last year on a “loan” from the Directorate of Revenue Intelligence for six months to probe a case pertaining to the death of actor Sushant Singh Rajput. UPSC usually frowns on double extensions. In this case, Wankhede’s current posting as the zonal director is below his pay grade. The Mumbai Trans Harbour Link– a colossal sea bridge that will connect the Island City to Navi Mumbai and parts of Raigad district — is finally beginning to rise one concrete segment at a time. (Express Photo by Ganesh Shirsekar)

Nearly 7,500 workers and engineers are working day and night to help end Mumbai’s 60-year wait for a connector that will allow commuters to breeze across Thane Creek into Navi Mumbai.

The Mumbai Trans Harbour Link (MTHL) — a colossal sea bridge that will connect the Island City to Navi Mumbai and parts of Raigad district — is finally beginning to rise one concrete segment at a time over one of the most spacious stretches of Thane Creek.