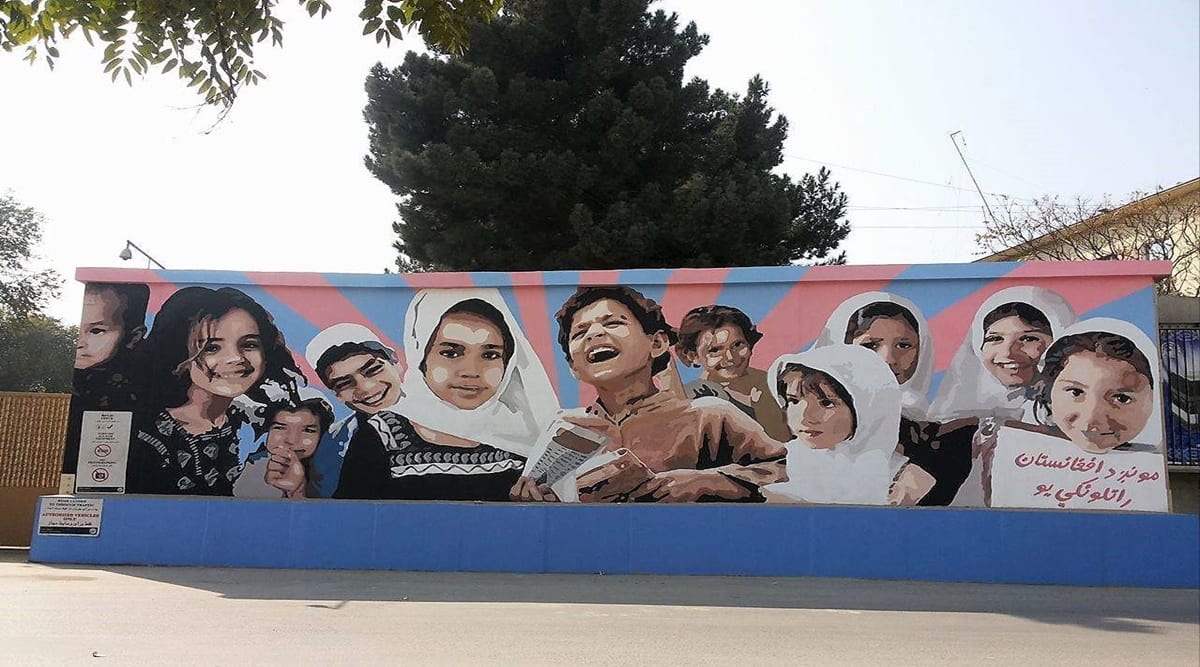 ON AUGUST 15, the day the Taliban reached the gates of Kabul, local artist Omaid H Sharifi and his team were busy painting another mural.

“It reminded me of the famous scene from the film ‘Titanic’, where the musicians played until the ship sank…But what a pleasure it was to paint for you, my lovely city Kabul. They (Taliban) will now again paint this city black and white but how will they erase those colours from the hearts of people of Kabul,” says Sharifi, who founded ArtLords in 2014.

The group had been lobbying for inclusion of art and culture in the education system of Afghanistan. It includes women artists, suppressed under the Taliban regime from 1996 to 2001, to come out and express themselves through art. 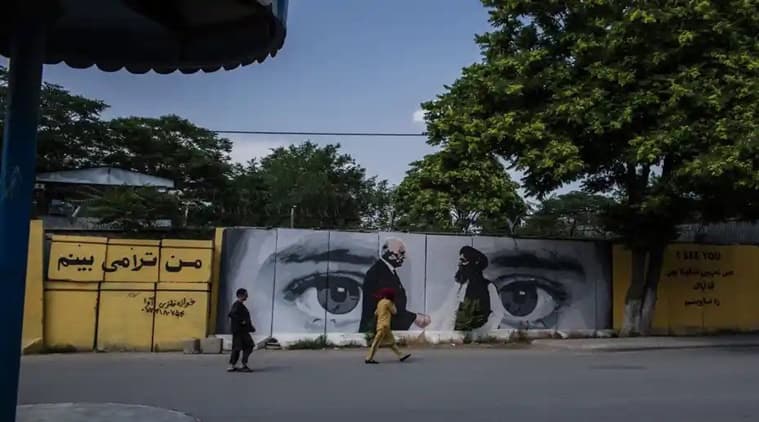 It has been nearly a month since the Taliban took over Afghanistan again, and the work to erase the murals and artworks created by ArtLords has started already. “We will never forget this trauma in our lifetime. Artists from Afghanistan are really scared to move out of their houses, and are the most vulnerable. They were told by the Taliban to change their profession. My heart shatters to see the artists of our country destroying their own artwork out of fear. Afghanistan is becoming black and white again. It is losing its diversity, colours and beauty. I am afraid that the world will let this happen again,” says Sharifi, who with his team had twice painted murals of Mahatma Gandhi in Kabul.

The first mural of Gandhi which ArtLords had painted on the walls of the Indian Embassy in Kabul in 2015 was destroyed in an explosion in 2017. ArtLords again painted Gandhi in 2019 ahead of his 150th birth anniversary. The second mural was even bigger, painted on a wall outside the Governor’s office, with an even stronger message for the terrorists: “The day the power of love overrules the love of power, the world will know peace.”

Reminiscing about a mural they had painted depicting school children with books in their hands which said ‘We are the future of Afghanistan’, Sharifi says, “The whole world failed them. We gave them hope. Told them to dream. They grew wings and thought they have the liberty to choose to go to school, university, get elected and decide for themselves. Not anymore.” 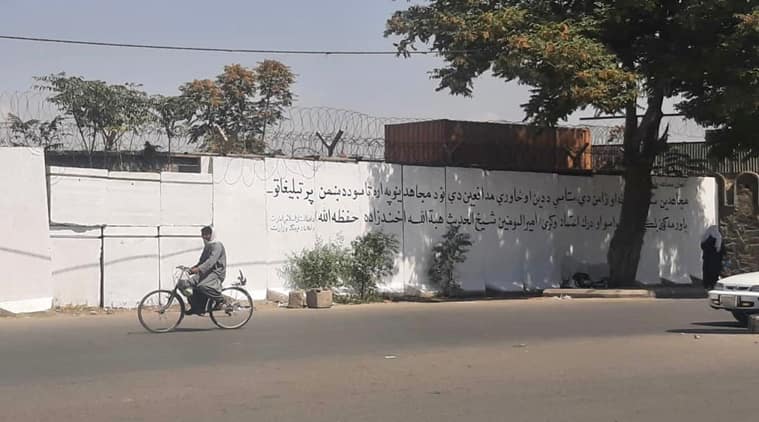 “We faced many challenges daily; suicide attacks, sticky bombs, kidnappings…But, we loved our work. We continued doing our part, taking responsibility, healing wounds. Not anymore. What a pleasure it was painting for you my Afghanistan. For us, our artworks were not just paintings but a medium to heal the hearts of the people of Afghanistan,” he adds.

“The Taliban have started painting over our murals. They started with the historic one that marked the signing of the Doha deal. The Baradar-Khalilzad mural is no more. Instead, a black and white message painted over it now says “don’t trust the enemy’s propaganda”, quoting Mullah Haibatullah. You may be able to erase murals from the streets of Afghanistan, you may be able to silence the voices in parts of the country for a while, but we will shout so loud that we will be heard. You won’t be able to erase this from the memories and consciousness of the world,” says Sharifi, whose group had also paid a befitting tribute to Rawail Singh, one of the Sikhs who was killed in the Jalalabad blast in 2018, in which at least 19 from the minority Sikh and Hindu communities of Afghanistan had lost their lives.
ArtLords had painted a huge mural of Rawail Singh with his daughter in the heart of Kabul city. The artists have also given a befitting reply to the terrorists with a message on the mural: “You are not going to heaven. You’ve killed my kind father.” 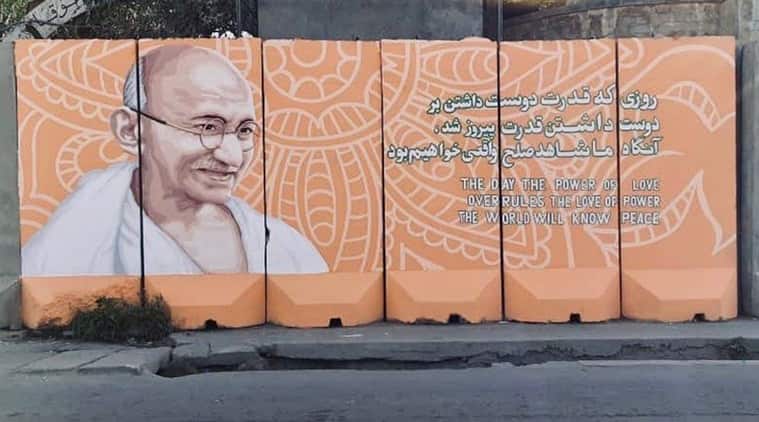 ‘This is not the end. I have witnessed 6 regime changes; Soviets invasion, Najibullah’s government, Project Mujahideen, Project Taliban, American/NATO invasion and now the Taliban in power again. What was common in all of this: Many heroes stood up, most cowards, many beautiful souls lost,” says Sharifi, who has also started a fundraiser to help and rehabilitate artists of Afghanistan.

“First they will start public beatings. Then they will start amputations and hang the hands and legs on the trees and streets, then they will start public beheadings. This is what I vividly remember from the late 1990s Taliban regime! We were forced to leave our motherland to have freedom of expression. They can erase murals from the walls but not from hearts of Afghanis. We love our Kabul,” says Sharifi.
“This certainly is not the end. Resistance continues. Our brave women and children are on the streets against the Taliban. Afghanistan lives and breathes,” he adds.