The aircraft, which is a new version of the original Hansa developed three decades ago, was flown to an altitude of 4,000 feet and gained a speed of 80 knots before landing 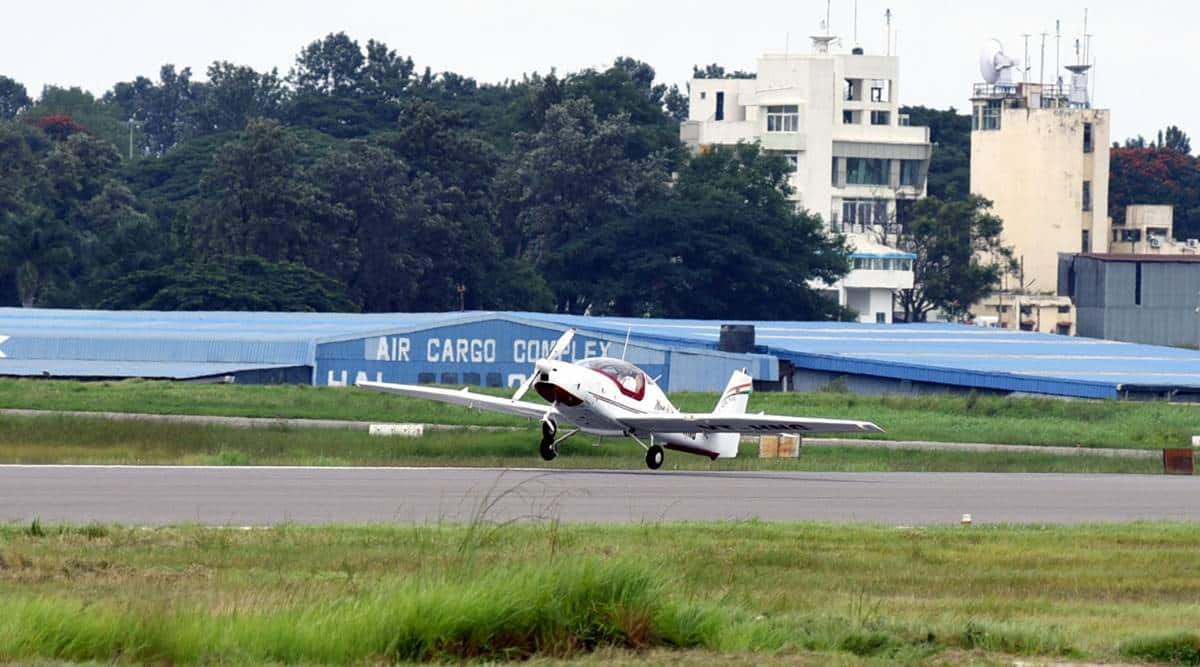 The two-seater Hansa New Generation (Hansa-NG) aircraft, a revamped version of the original Hansa developed three decades ago, had a successful maiden flight Friday when it took off from the HAL airport and flew for about 20 minutes.

Designed and developed by the National Aerospace Laboratories (NAL) in Bengaluru, the aircraft was flown by test pilot Captain Amit Dahiya to an altitude of 4,000 feet and gained a speed of 80 knots before landing, the NAL said in an official statement. Dahiya said all flight parameters were normal.

The unique features of the two-seater include a glass cockpit with cabin comfort, digitally controlled engine, electrically operated flaps, long endurance, low acquisition and low operating cost. NAL, which is a Council of Scientific and Industrial Research (CSIR) institution, has signed a Memorandum of Understanding (MoU) with the Indira Gandhi Rashtriya Uran Akademi (IGRUA) to be the possible launch customer for Hansa-NG.

The defence sector can also use Hansa-NG for cadet training and coastal surveillance, the NAL said. It will help create job training opportunities for ITI and diploma holders in various aircraft building and training disciplines, NAL officials said.

In 2018, CSIR-NAL and Mesco Aerospace Ltd had signed a collaborative agreement for the design, development, production and marketing of Hansa-NG to ease the availability of indigenous aircraft for the purposes of training for private and commercial pilot licences.

CSIR-NAL has already received 72 Letters of Intent from various flying clubs and the aircraft will be certified within the next 4 months before it gets inducted into service. The flight was monitored in telemetry by senior officers and scientists/engineers from the Directorate General of Civil Aviation (DGCA), Centre for Military Airworthiness & Certification (CEMILAC) and CSIR-NAL.