Income Tax department officials had said on Friday that the surveys were carried out on charges of tax evasion. 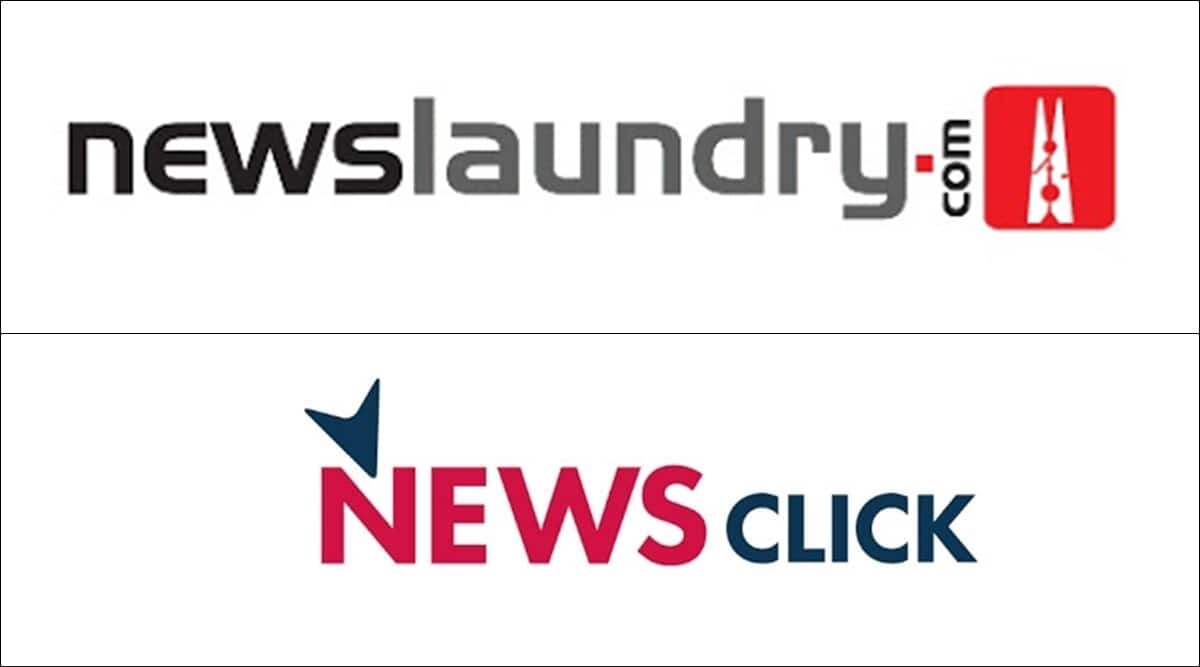 News portals Newslaundry and NewsClick Saturday released statements on the nearly 12-hour-long Income Tax Department “surveys” on their premises on Friday, detailing accounts of phones being seized and data and documents being downloaded or taken.

The statement issued by Abhinandan Sekhri, co-founder of Newslaundry, said, “A team from the Income Tax department came to the registered office of Newslaundry at approximately 12.15 in the afternoon and conducted a “survey” under Section 133A as per the document shown to me.” They left the premises at around 12.40 am on Saturday.

“I was told I cannot speak to my lawyer and had to hand over my phone,” the statement said. “I was told the law requires me to comply without seeking legal advice. They searched and looked through all computer devices at the premises. My personal mobile phone, laptop, and a couple office machines were taken control of and all the data on them downloaded by the IT team,” Sekhri said, and added, “No signed hash value of the data copied was provided to me.”

The Newsclick statement, issued by editor-in-chief Prabir Purkayastha, similarly said that a “survey” at the Newsclick office was conducted by the officers of the IT Department from 12 noon till midnight, under Section 133A of the Income Tax Act. “The IT team recorded the statement of Newsclick’s Editor-in-Chief Prabir Purkayastha; impounded his phone; and took away documents – what they called ‘loose papers’ from the premises. They also took email dumps of Prabir, editor Pranjal, and various administrative and financial accounts related to Newsclick. Around 30 employees and support staff of Newsclick were in the office throughout the ‘survey’. Their phones were temporarily seized, and they were not allowed to use their computers and work,” the statement said.

Both Newslaundry and Newsclick have said in their respective statements that this was not the first instance of IT officials visiting their premises. “This is the second visit by an IT team to my office, the first being in June. We had cooperated with them then too. We have nothing to hide and have done everything by the book and are not in any breach or violation of any law. We have in the past given the IT authorities all documents related to our funding and accounts,” Sekhri said in his statement.

Meanwhile, the Editors Guild of India has also issued a statement saying that it is “deeply disturbed about the Income Tax surveys,” and that such indiscriminate seizure of journalists’ data is in violation of free speech and freedom of press.

In its statement, the Editors Guild said, “The dangerous trend of government agencies harassing and intimidating independent media must stop as it undermines our constitutional democracy.” The statement points out that the Income Tax raids were conducted at the offices of Dainik Bhaskar and Bharat Samachar in July this year, against the background of very critical coverage of both news organisations on the government’s handling of the pandemic.

“The Guild demands that great care and sensitivity be shown in all such investigations so as to undermine the rights of journalists and media organisations. Further, to ensure that such investigations are conducted within the prescribed rules and that they don’t degenerate into instruments of harassment to intimidate independent media,” the statement further said.