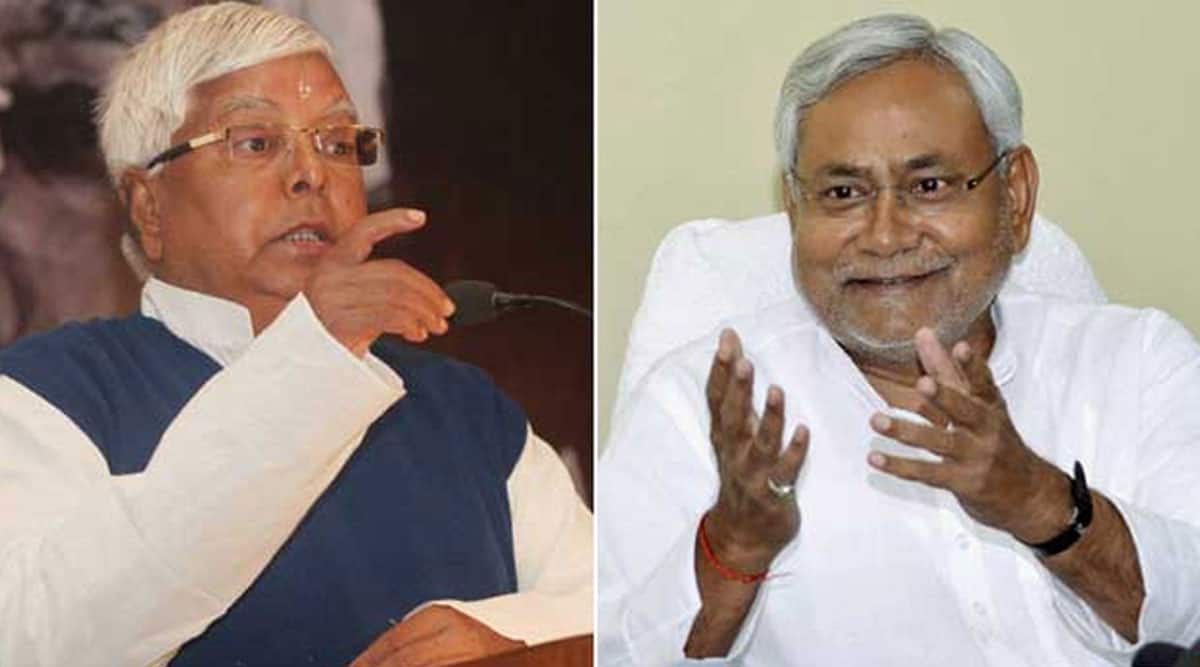 RJD president Lalu Prasad on Friday took a swipe at Bihar Chief Minister Nitish Kumar after the state was adjudged to be the worst performer in the NITI Aayog’s Sustainable Development Goals (SDG) index 2020-21.

The NITI Aayog’s SDG index evaluates the progress of states and Union Territories on various parameters including health, education, gender, economic growth, institutions, climate change and environment. In the latest index, released on Thursday, Kerala retained the top rank with a score of 75, while Bihar was adjudged to be the worst performing state with a score of 52.

Taking to Twitter, Lalu wrote in Hindi, “Nitish is full of negativity. He closed down several health centres opened during my tenure (as CM) and converted them into ghost houses and various school buildings have turned into garages. It is only because of this that Bihar has ranked the top from the bottom in the NITI Ayog report. The so-called double engine (government) has turned into trouble engine.”

Responding to Lalu, JD(U) MLA and party spokesperson Neeraj Kumar told The Indian Express, “Does Lalu Prasad now support NITI Aayog? He was opposed to the idea of the formation of the commission. Bihar is among developing states and its annual growth rate for some years has been better than several developed states. SDG index is about long-term goals. Bihar government has made outstanding growth in infrastructure and social sector. As for Lalu Prasad’s jibes, will he reveal Bihar’s development index during his tenure?”