Piecing together the events on the cruise ship before the court, Aryan’s lawyer Satish Maneshinde said Aryan was invited by the organisers of the party as a special invitee. 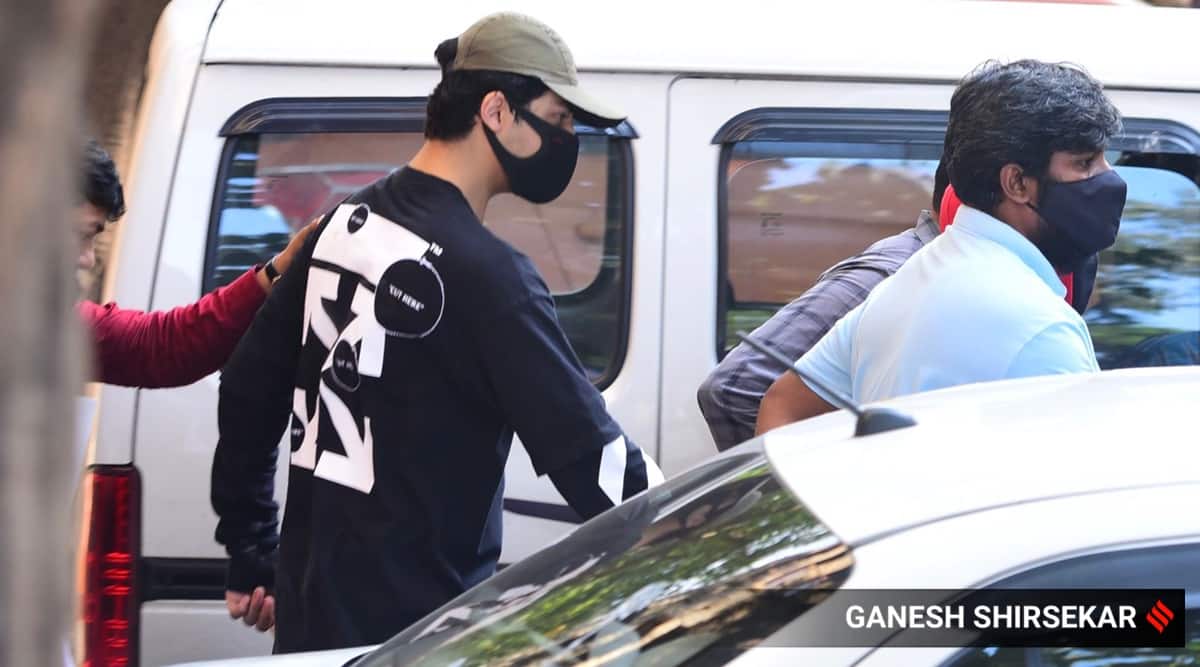 Aryan Khan, the 23-year-old son of actor Shah Rukh Khan, was a special invitee on the cruise ship Cordelia and had been screened twice, and no contraband had been found on him nor any evidence of consumption, his lawyer told the court where he was produced late on Sunday evening.

The Narcotics Control Bureau (NCB), which has invoked bailable charges against Aryan and two others, said that there was material in the form of WhatsApp chats against the three, allegedly ‘showing nexus with peddlers and suppliers on regular basis’.

After being detained from the ship in the early hours of Sunday, Aryan, Arbaaz Merchant (26) and Munmun Dhamecha (39) were produced before the additional metropolitan magistrate’s court around 7 pm. The NCB was granted one-day custody until October 4.

Piecing together the events on the cruise ship before the court, Aryan’s lawyer Satish Maneshinde said Aryan was invited by the organisers of the party as a special invitee.

“He did not have a ticket or a boarding pass, no allotted seat number or cabin. He reached the dock to board and the authorities screened him. His luggage along with that of his friends was also screened and nothing was found,” Maneshinde told the court.

He said that a further search by NCB officials was conducted and then also nothing was found. He added that Aryan’s phone was then examined and he was detained for questioning based on chats, both deleted and present.

“Prima facie investigation indicates that there is material in form of WhatsApp chats showing the nexus of these respondents (Aryan, Merchant and Dhamecha) with peddlers and suppliers on regular basis,” special public prosecutor Advait Sethna told the court.

He added that the chats were recovered on Day 1. The NCB submitted a case diary, including chats to the court for its perusal.

“I am not venturing into the merits at all, not saying who is right, who is wrong. I am only requesting for a reasonable two days of custody looking at the circumstances and quantum of recovery,” Sethna argued before the court.

He said that the NCB was conducting raids in the city and was in the process of apprehending others, including one person in the “supply chain”. The prosecutor also added that while the accused “may have a fine case” but sought custody stating that prima facie there were “suspicious transactions constituting offences under the NDPS Act”.

The three are booked under the Narcotic Drugs and Psychotropic Substances (NDPS) Act related to charges of possession, consumption and sale of illegal substances.

Maneshinde submitted that the offences are bailable but if he were to seek bail on Sunday, the NCB would seek time to file a reply. He said that he was “willing to settle” for the agency to be given one-day custody of Aryan. “I am neither found in possession, nor there is an admission of consumption, nor contact with any other person,” Maneshinde said, adding that he would file for bail before the regular court on Monday.

Lawyer Sartaj Shaikh representing Merchant and Damecha said that the offences were bailable and the NCB had not specified the exact role of the two concerning the recoveries of drugs allegedly made.

Additional metropolitan magistrate RK Rajebhosale granted the NCB custody of the three till October 4. A bail plea for Aryan and others is likely to be filed on Monday.