While ASI officials declined to comment on the issue claiming that the case is sub-judice, Amritsar Mayor Karamjit Singh Rintu said: “Unlike previous local body governments and state governments, we have not extended any favour to these three clubs. 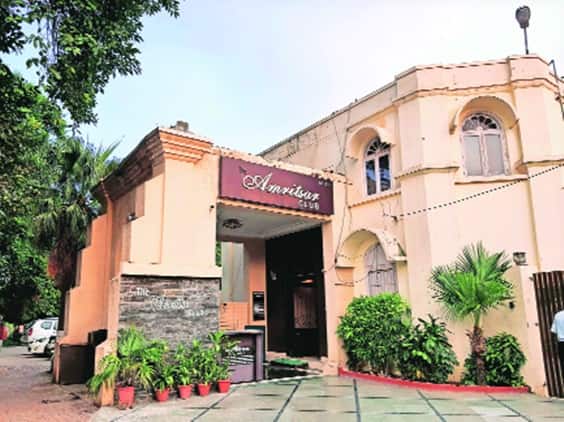 Amid outrage over revamp of the Jallianwala Bagh memorial, historians and activists point to another important historical site in Amritsar whose upkeep is being neglected by authorities concerned. This ASI protected monument is Maharaja Ranjit Singh’s summer palace popularly known as ‘Ram Bagh’.

For years now, the monument’s local custodian, Municipal Corporation of Amritsar (MCA), has been pleading helplessness in regaining its possession from three elite clubs — Amritsar Club, Lumsden Club and Service Club, which operate from inside the Ram Bagh premises.

While MCA has been pointing fingers at the clubs claiming that their lease is no longer valid, they instead claim that have valid extension papers.

Talking to The Indian Express, S S Chinna, representative of thee three clubs, said: “No building of summer palace is under possession of the three clubs. We pay the lease for the buildings in which clubs are being run. We have evidence of lease extension and amount paid to concerned authorities. It is possible that few formalities regarding lease could be pending due to court case.”

It was in 2002 that an NGO, Amritsar Vikas Manch (AVM), moved Punjab and Haryana High Court seeking removal of these clubs from the site.

While ASI officials declined to comment on the issue claiming that the case is sub-judice, Amritsar Mayor Karamjit Singh Rintu said: “Unlike previous local body governments and state governments, we have not extended any favour to these three clubs. We have not extended their lease, which has expired long back. We have not accepted any rent from these clubs. So we are not facilitating them with privileges they were enjoying in the past. The ASI is involved in the matter too.”

He added, “Excise department should take call on cancelling their liquor licence. There is no need to push the ball in MCA’s court over this issue as it is purely in the jurisdiction of Excise department to cancel the licence.”

After annexation of Punjab in 1849, the British government had allowed the clubs to run on lease inside the Bagh, spread over 80 acres, in the heart of the city. Among their members, these clubs count city’s top bureaucrats, politicians and businessmen.

After the matter reached court, the ASI and the MCA, in 2018, submitted an agreement between them before the HC. This was done in response to a petition filed by an NGO, Amritsar Vikas Manch, which demanded immediate shifting of the clubs and other establishments from the Bagh.

The agreement said, “MCA would consider the extension of lease with respect to these clubs maximum for another five years. During this period, MCA would initiate the process of shifting all these clubs in phased manner to some other appropriate location and hand over entire protected area to ASI for better management of the national monument.”

Talking about damage being caused by these clubs to the monument, the agreement added, “A lot of solid and water waste being produced by these clubs is causing adverse affect on the surrounding environment and the monument. Clubs have indulged in unauthorised construction even after the palace was declared monument of national importance and both parties agreed to removal of illegal and unauthorised construction inside monument as part of agreement.”

The agreement further said, “All commercial activities, including the serving of liquor, should be banned….Also, MCA shall look into it that no such activities continue inside the premises.”
However, there is no impact of this agreement on ground so far.

Principal Kulwant Singh Ankhi of the AVM said: “British had occupied Punjab. They had occupied its heritage too. They gave Ram Bagh to their elite class to run clubs and party. But after independence, the dignity of such historical structures had to be restored immediately. It is sorry state of affairs that these clubs are still running inside Ram Bagh under the arrangement put in place by the British.”
He added, “I don’t think that all the people speaking on Jallianwala Bagh renovation are bothered about protecting the history and heritage of the city. Respective governments have failed in protecting Ram Bagh.”