The robbers who came one by one into the store while a lone attendant was showing jewellery closed the shutters of the store and attempted to steal the jewellery. 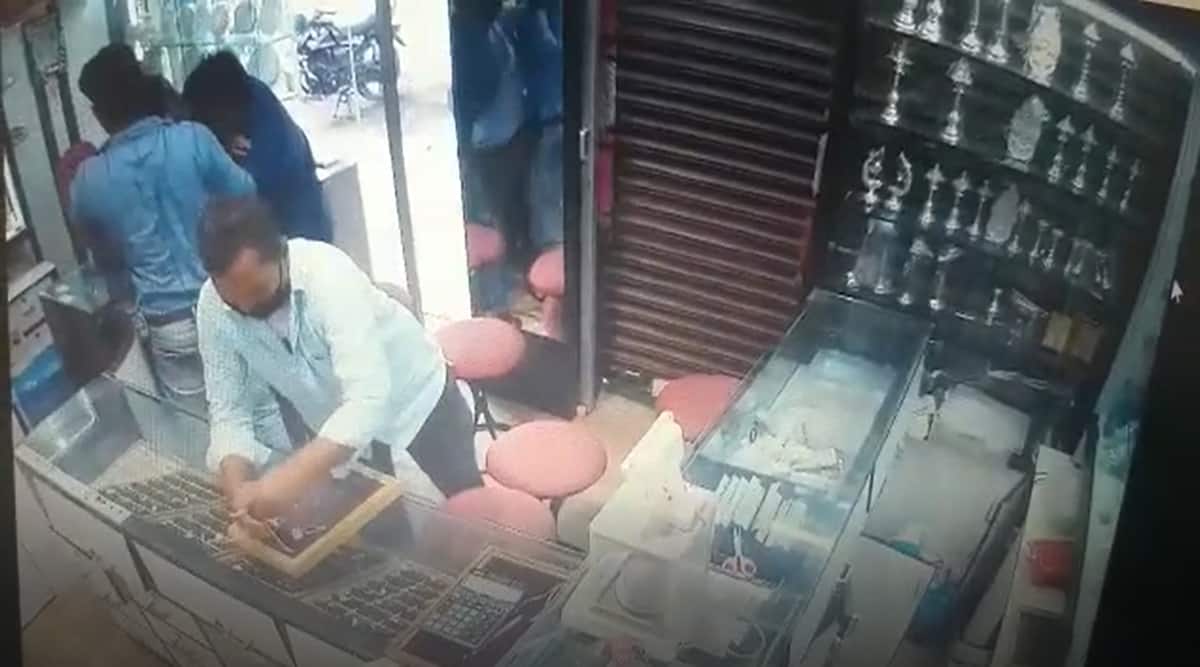 A day after armed robbers shot a 23-year-old in Mysuru, Karnataka at a small jewellery store, the Mysuru Police announced Rs 5 lakh cash reward for information about the four assailants captured on CCTV.

Around 5:30 pm Monday, four armed robbers entered the Amruth Gold and Silver Palace, a small jewellery store, at Vidyaranyapuram in Mysuru on the pretext of purchasing gold chains. The robbers who came one by one into the store while a lone attendant was showing jewellery closed the shutters of the store and attempted to steal the jewellery.

The robbers shot Chandrashekar alias Chandru, a resident of Dhadadhahalli, on their way out of the store with the stolen ornaments. Chandru, who had come to the shop to buy gold, succumbed to injuries.

Chandru’s brother Rangaswamy said, “We heard some noises inside and assumed that the owner would open the store soon. As soon as the door to the store opened, three people came running out and the owner screamed for help. One of them opened fire at the owner and my brother and I were right behind the shop owner. One bullet hit my brother. Though we took him to the hospital, he did not survive.”

A case has been registered at the Vidyaranyapuram police station. A 45-second CCTV footage, released by the police, showed the gang arriving one after the other and eventually closing the shutters before attacking the owner of the jewellery shop. While one robbed the gold ornaments, the others attacked the owner.

Police said this is the first time guns have been used in a crime in Mysuru in the last 10 years.

“The case has been taken up with utmost seriousness and different teams have been formed to ensure diligent investigation and early nabbing of culprits. In total 25 officers and 80 staff are fully dedicated to this work. However public information is always useful and the police department has announced a reward of Rs 5 lakhs to anyone who gives useful information towards detecting the case and arresting the accused. Their details will be kept confidential. They can share information on the mobile number 9480802200, any time of the day,” Mysuru Police Commissioner Chandragupta said.