“All this work should have been done decades ago,” Modi said, launching the Rs 64,000 crore mission in Varanasi, his Lok Sabha constituency. 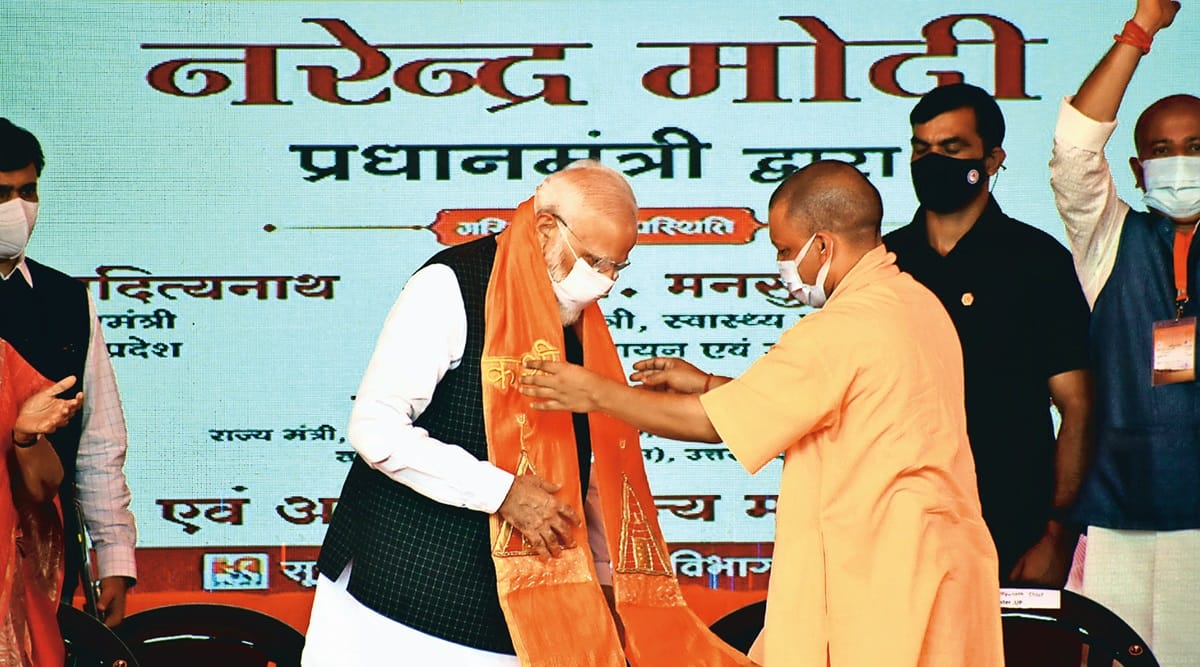 ACCUSING PREVIOUS governments of neglecting healthcare, Prime Minister Narendra Modi on Monday launched the nationwide Ayushman Bharat Health Infrastructure Mission, which he said will strengthen health infrastructure, right from the village level, in the next four or five years.

“All this work should have been done decades ago,” Modi said, launching the Rs 64,000 crore mission in Varanasi, his Lok Sabha constituency.

Earlier in the day, inaugurating nine medical colleges in Sidharthanagar district, the Prime Minister targeted the previous Samajwadi Party government in the state. He said it failed to provide facilities to the poor but “Bhrastachar ki cycle” or cycle of corruption kept moving 24 hours and nepotism flourished.

Launching the heath mission, along with development projects worth around Rs 5,200 crore for Varanasi, Modi said health infrastructure in the country did not get the required attention for a long time after Independence and the people suffered. He said previous governments deprived the people of healthcare facilities, adding that the mission would plug this gap.

Giving details, he said two aspects of the mission are creation of facilities for diagnostics, and treatment by opening Health and Wellness Centers in villages and cities. He said 35,000 new critical care-related beds will be added in 600 districts, and free consultation, tests and medicines would be provided. The third aspect of the mission, he said, would be expansion of research institutions that study pandemics. This will help prepare for future pandemics. “It is a part of the effort to achieve holistic healthcare,” he said.

In Sidharthanagar district of Purvanchal, Modi praised the Yogi Adityanath government as he targeted the Samajwadi Party, taking jibes at its poll symbol cycle. “The current governments at Centre and in Uttar Pradesh are the result of decades of hard work of several Karma Yogis,” he said.

“The government that was there in Delhi seven years ago and the one in UP four years ago, what did they do for Purvanchal? Those who were there in the government in the past, they used to announce opening of dispensaries or small hospitals and people used to become hopeful. But for years either the building was not constructed, or if the building was there, machines were not there. And if both were there, doctors or staff were not there.” To top it all, he said, “The cycle of corruption that looted crores of rupees of the poor continued to run 24 hours.”