Navjot Singh Sidhu's tweet comes days after he resigned as the Punjab Congress chief, plunging the party into a crisis months ahead of Assembly elections in the state. 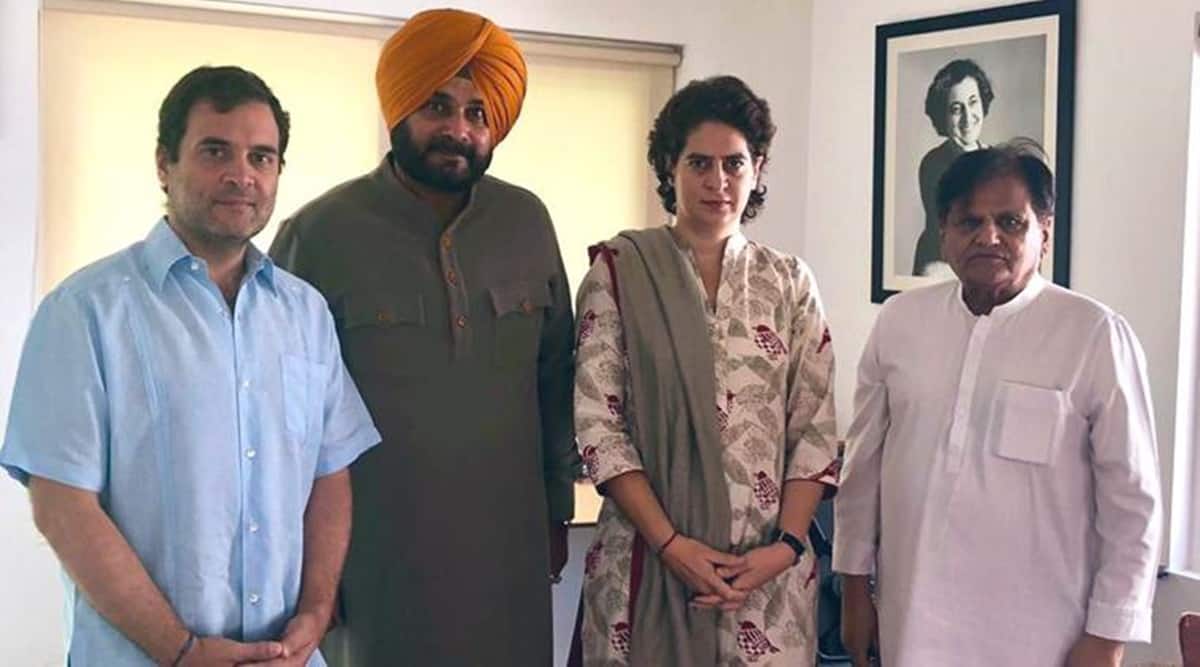 Two days after Navjot Singh Sidhu met Chief Minister Charanjit Singh Channi and reached an agreement on “contentious” appointments, the former Punjab Congress chief tweeted that he will always stand by Congress leaders Rahul and Priyanka Gandhi regardless of “post or no post”.

His tweet also comes days after he resigned as the Punjab Congress chief, plunging the party into a crisis months ahead of Assembly elections in the state.

Sidhu also hit out at “negative forces” trying to “defeat” him, adding that “with every ounce of positive energy (he) will make Punjab win, Punjabiyat (Universal Brotherhood) win and every Punjabi win.”

Marking the birth anniversaries Mahatma Gandhi and Lal Bahadur Shastri, Sidhu added that he will “uphold principles of Gandhi Ji and Shastri Ji,” tweeting images of the freedom fighters.

As The Indian Express had reported earlier, sources have said that Channi and Sidhu agreed during a three-hour meeting Thursday to leave the decision on the appointment of an Advocate General to the Congress high command. A few hours later, Channi’s government sent a panel of names for the post of DGP to the UPSC — the appointment of DGP IP Singh Sahota had been opposed by Sidhu.

Both sides also agreed on a three-member panel, comprising CM Channi, the PPCC chief, and AICC general secretary in-charge Harish Rawat, to take collective decisions so that there is no conflict later. “The resignation by Navjot Sidhu will now be rejected,” said sources.

Sidhu had resigned as the PPCC chief on Tuesday, September 29. According to sources, he was upset with the party over the induction of Rana Gurjit Singh as a Cabinet minister – Rana had resigned from the Amarinder Singh government in 2018 in the wake of allegations in a sand mining case. Sidhu was also said to be against the appointment of APS Deol as Advocate General.