The incident took place amid senate elections, while hundreds of students were protesting near Law Auditorium- against the PU Administration- to demand to hold elections for the registered graduate constituency and re-open the campus. 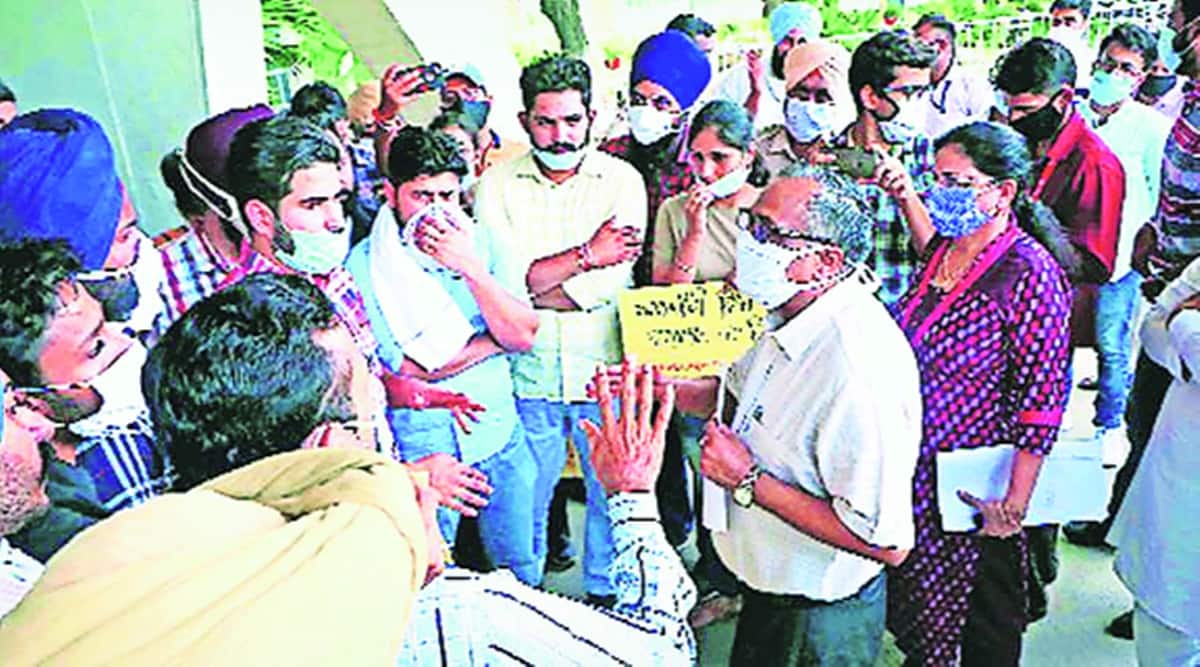 The student leaders of National Student Union of India (NSUI) and PSU Lalkar were booked on Wednesday for heckling and restraining Panjab University Vice-Chancellor Professor Raj Kumar at the varsity’s Law Auditorium on September 1.

The student leaders who have been booked were identified as Rahul, Pargat Singh and Sarvottam Rana of NSUI, besides other members of PSU Lalkar.

The incident took place amid senate elections, while hundreds of students were protesting near Law Auditorium- against the PU Administration- to demand to hold elections for the registered graduate constituency and re-open the campus.

PU Vice-Chancellor Professor Raj Kumar was reportedly restrained, chased and heckled by the protesting students as he stepped out of the Law Auditorium building after casting his vote for the senate elections.

Sources said the incident was unexpected and the V-C even tried to leave the venue on a security guard’s motorcycle to escape the ire of the protesting students. Later, he managed to enter his official vehicle.

Sources said though the PU Chief Security Officer Vikram Singh had lodged a police complaint in the matter on the day of the incident, the FIR was registered after a thorough investigation and gathering of evidence against the booked students. SHO PS 11 Inspector Ranjodh Singh said, “PU security officer mentioned the names of student leaders in his complaint. PU Vice Chancellor was not hurt in the incident. The booked student leaders will be arrested shortly.”

Sources said that the FIR was registered at Sector 11 Police Station, under sections 341 (wrongful restraint) and 323 (voluntarily causing hurt) of the Indian Penal Code (IPC), which come under the category of bailable offences.

Meanwhile, senior NSUI leader Sachin Galav criticised the PU Administration’s move to register the FIR and also termed it false. He said, “Protest is a fundamental right of everyone. On September 1, there was no violence, nobody was hurt, then why has the FIR been registered against innocent student leaders. We will counter the FIR as per the procedures.”