Revan Shinde, who worked as a security guard at an office in Pimpri Chinchwad, was let go since the company was moving. Today, he has a thriving business and, exactly a year after becoming jobless, will start a new chapter in youth upliftment. 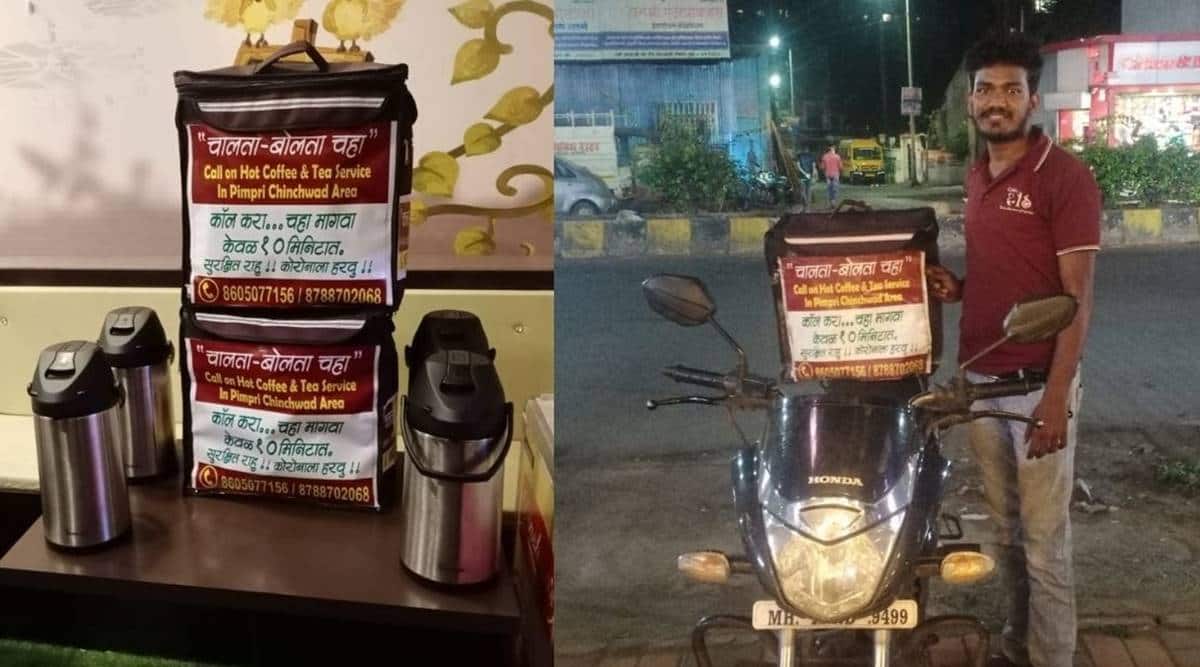 Revan Shinde from Pune knew on January 1 itself that 2020 was going to be grim if he did not dig in his heels and refuse to quit. The evening before, Shinde, 28, who worked as a security guard at an office in Pimpri Chinchwad, was let go since the company was moving. Today, he has a thriving business and, exactly a year after becoming jobless, will start a new chapter in youth upliftment. Here’s what happened:

What is Shinde’s work?

He supplies tea and coffee to corporate offices, banks and workers. There are 65 addresses on his list of regulars though he has only one type of tea on the menu, ginger tea.

How much does he make?

Shinde’s startup, called Abhimanyu, makes a profit of Rs 50,000 per month from the almost 700 cups he supplies every day. He had started the business with Rs 15,000 in June, and sells a cup between Rs 6 and Rs 10. He employs five people, among them two students from rural areas.

Was this his first business venture?

After Shinde lost his job as a security guard, he borrowed money and started a small eatery which might have done well if COVID-19 had not brought the world to a standstill. It was a big loss for him and pushed him against the wall from which he had no option but move forward. His family, among others, lost faith in him.

What gave him the idea to supply tea?

During the lockdown, Shinde observed that shopping, especially for essentials, had moved online. Major companies were moving into digital retail, but there was one empty area. “Nobody was supplying tea to the offices. As the lockdown eased and corporate attendance grew, there would still be nobody serving tea—unless I did something about it,” he says over phone on a busy Monday.

In what way did he start a business during the pandemic?

Shinde armed himself with thermos of hot tea and paper cups and reached out directly to offices to offer tea for free. He wore gloves, a mask and carried a sanitiser with him to assure clients that the tea was safe. Initially, there was no response. “And then, the orders started coming for tea and kept coming,” he says. For marketing, he photocopied details about this venture and distributed it to clients.

From January 5, he will start serving breakfast. “Plain sandwich, vada, idli and dosa, healthy and hygienic,” he says. He is also surveying Viman Nagar, where several students have approached him to learn the business.

Is it a commercial venture only?

Shinde has studied till Class XII and is the son of a carpenter but he has made it his mission to empower students from impoverished backgrounds to find employment and accommodation.

To the rest of the world, he says, “A lot of people are facing hardship due to the pandemic. I have learnt that you have to change with the times. If you have an idea, work on it and move ahead. Don’t be disheartened. When one door closes, another opens.”