For the past couple of weeks, the Pune Police has started tweeting under various heads, capturing the lighter and candid moments of its personnel. 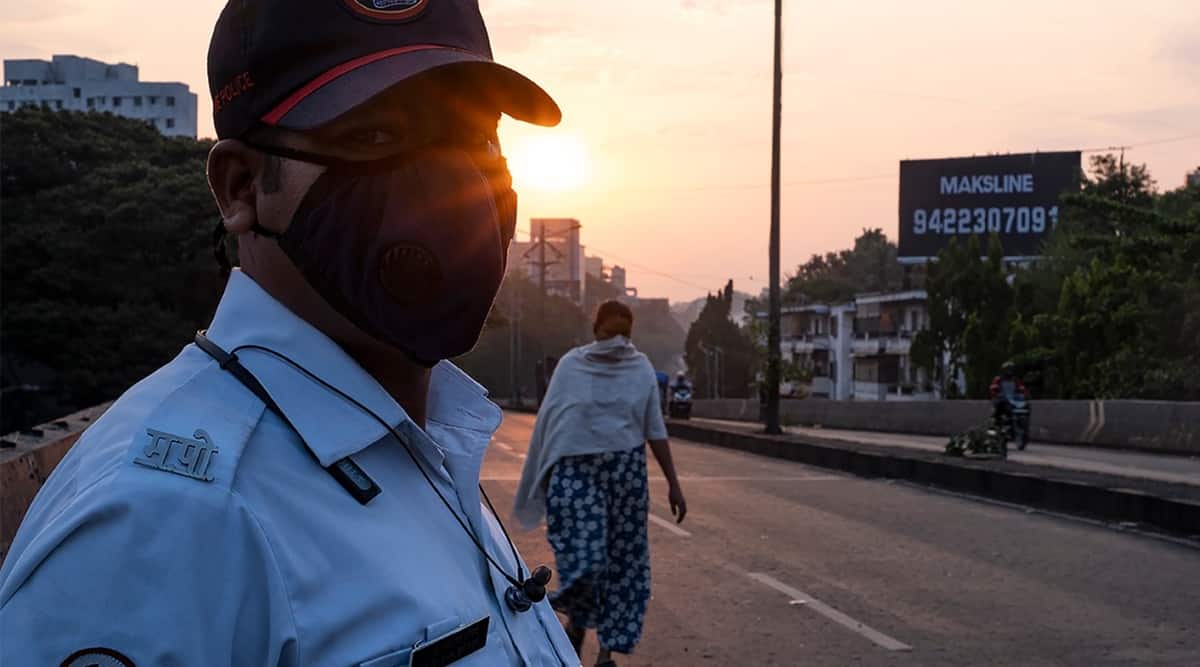 IN AN ongoing series of engaging tweets, the Pune Police has attempted to recognise the efforts made by its men and women in enforcing lockdown, while also sending out a message for people to adhere to Covid-appropriate behaviour. From ‘I am going to feed my pigeons’ to ‘I must eat pizza now’, the tweets not only show different excuses made by people to justify stepping out of their homes during lockdown, but also capture candid moments of cops on the ground.

A major chunk of personnel from all jurisdictions across Maharashtra are currently deployed on ground to implement restrictions announced by the state government to curb the surge in Covid-19 cases. With Pune city and surrounding areas reporting a high number of positive cases, the police force is at higher risk of infection as they continue with Covid-related duties and routine police work.

In addition to conventional methods of enforcement, Pune Police officials said they were also focusing on engaging with people on social media, mainly Twitter, and appealing to people to adhere to Covid-appropriate behaviour and avoid leaving their homes, except during an
emergency.

For the past couple of weeks, the Pune Police has started tweeting under various heads, capturing the lighter and candid moments of its personnel. One interesting series consists of tweets about excuses made by people to justify stepping out of their homes during lockdown. In these videos, police personnel are seen talking about odd and funny excuses people make. The tweet reads, “Excuses, excuses, excuses – where do you draw the line Punekars? Between imagination and safety?”

A policeman in the video says, “We don’t know whether to cry or laugh at such reasons.”

In addition to the series on excuses, the Twitter handle is also running a series of photo stories, ‘Through the barricade – A slice of life’, which captures moments from the lives of cops deployed at barricades that are now symbolic of lockdown, and another called ‘Good morning Pune’, which captures on-duty cops in the early hours of the day.

Speaking about the tweets, Pune Police Commissioner Amitabh Gupta said, “The effort is to recognise the work that the men and women in khaki are putting in to protect people, by putting themselves at risk. Also to create awareness and reiterating the importance of Covid-appropriate behaviour. Why not do it in a more engaging way to make sure that more people interact with us and we reach a larger audience? We are incorporating videos, photos, humour, puzzles to engage with people. But the ultimate message in each tweet is Covid-appropriate behaviour.”

Another series of photo stories titled ‘Acts of kindness’ captures moments from people taking care of each other or helping each other. “The effort is to capture those moments of positivity and kindness. We will come up with more such series capturing our own efforts and how Pune is dealing with the pandemic,” Gupta added.