Meanwhile, PWD Minister Satyendar Jain asked agencies to remain alert as the city is expected to see excess rainfall in the next three days. 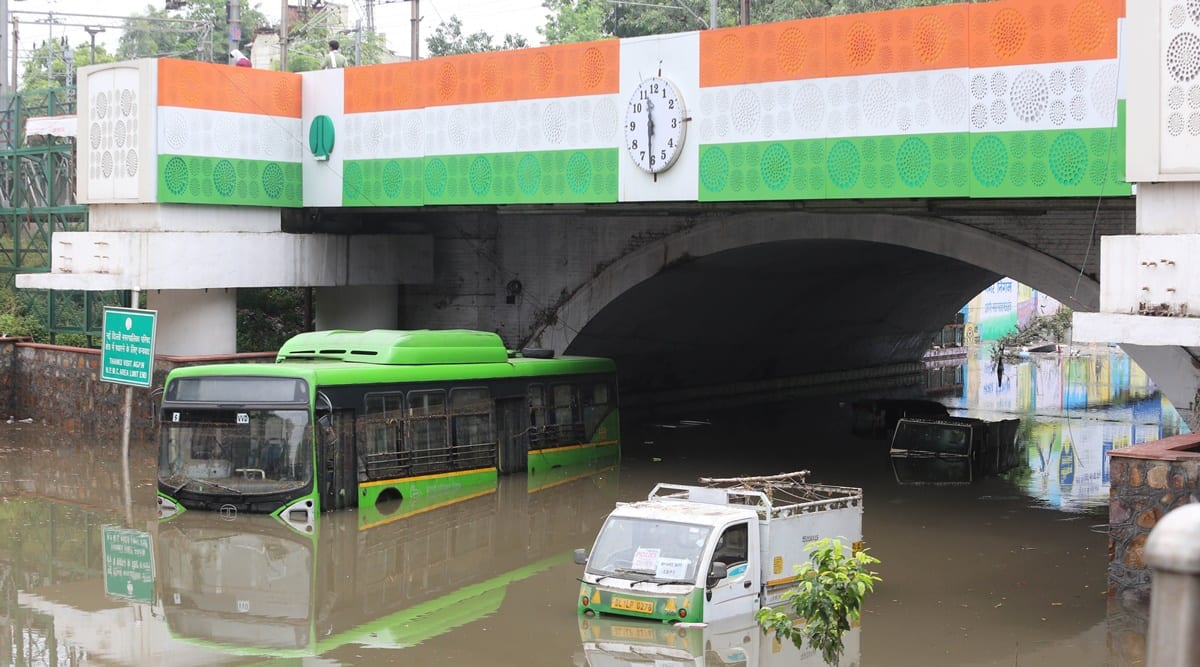 Chief Minister Arvind Kejriwal, at a review meeting on Monday, called for an improved drainage system in the city even as he commended officials for curbing waterlogging under Minto bridge this year.

“There’s a folklore-benchmark in Delhi… It is said that the day Minto bridge gets waterlogged, it marks the onset of the monsoon. Minto bridge, this time, is the talk of the town. Our officers and engineers gave their best towards ensuring that the bridge does not get waterlogged. I am not saying so but the people of Delhi are,” Kejriwal said.

At Minto bridge, the PWD has installed four CCTVs so that officials can act quickly in case of an emergency.

Officials said that a level sensor with a hooter has been installed too. The hooter raises an alarm when water reaches a predetermined level. Twelve water pumps have been installed at Minto Road this year. A new independent drainage system is also being planned for Minto Road, officials said.

The concerned departments gave presentations on the projects undertaken by them at the review meeting. Chief Minister Kejriwal noted that there are currently 147 vulnerable points. “If we conduct extensive mapping, we can enlist all possible vulnerable points. If solutions for all vulnerable points are planned and worked towards like the Minto bridge, then we can free Delhi from water-logging,” he said.

The CM further said that Delhi should have the best drainage system, which it does not have, at present. He also pointed out that there are many points where the DJB and the MCD drains converge, but there was a lack of coordination between them.

“I would like to suggest that the PWD should act as the nodal authority and undertake an exercise to redesign Delhi’s drainage system. If an excellent design is in place and all the agencies can work together on it, then we can implement it,” he said. He added that once such a system is in place, yearly desilting will be required.

After the meeting, the CM tweeted: “Conducted a review meeting with PWD, MCD, DJB, I&FC chaired by the LG on the drainage system of Delhi in view of the monsoons.”

PWD Minister Satyendar Jain asked agencies to remain alert as the city is expected to see excess rainfall in the next three days. “We not only have to be alert during the day but remain extra alert during the night. We have over 1500 pump sets, all of which should be deployed,” he said.