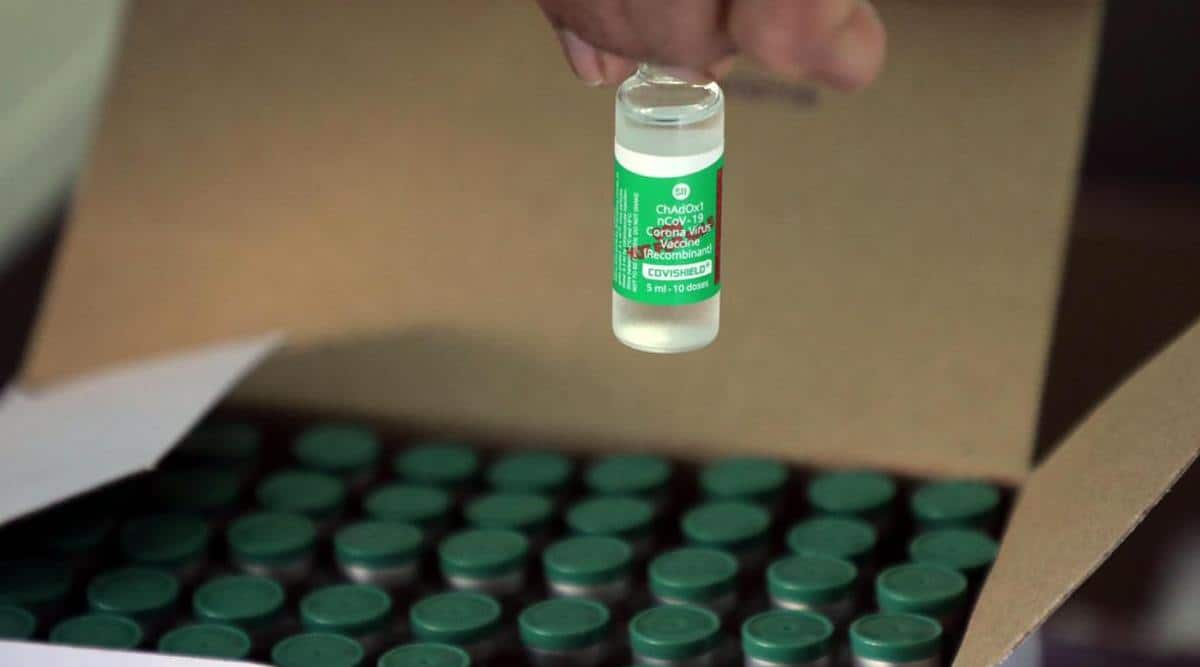 As Gujarat added another 14,120 new cases and 174 deaths due to Covid-19 on Wednesday, the state government announced it was prepared to undertake the next phase of vaccination in the state and will open up the registration once it receives the complete stock of 1.50 crore doses of the coronavirus vaccine. The central government began the registration for 18 to 45 age group on the CoWin application Wednesday.

Gujarat government has ordered one crore doses of AstraZenca-Oxford developed Covishield vaccine and another 50 lakh doses of ICMR-Bharat Biotech developed Covaxin. The 18-plus years age group shall be eligible for free vaccination in all the inoculation sites, the state government had earlier said.

In Ahmedabad city, which reported 5,672 new cases and 26 deaths, nearly 200 oxygen-equipped and ICU beds were vacant across all hospitals and nursing homes treating Covid patients, the civic body said.

The total number of positive cases in Vadodara city, meanwhile, reached 42,374 with a new single-day high of 781 cases. The official death toll, declared by the Vadodara Municipal Corporation (VMC), reached 358 with eight more people succumbing to the virus Wednesday. Of the 7,296 active cases in Vadodara, 511 patients are on oxygen and 329 patients are on ventilator.

According to Officer on Special Duty (OSD) Vinod Rao, 750 patients are admitted to SSG hospital while 500 are admitted in the Covid Hospital extension managed by SSG hospital at Samras hostel of MS University. Rao said 201 patients at SSG hospital were from outside Vadodara district, while 152 patients under treatment in Gotri were from other districts — the most being from Bharuch, Mahisagar, Ahmedabad, Panchmahals, Chhota Udepur, and Anand. Rao also said the city is trying to procure more oxygen from GSFC.

In the past 24 hours, a police inspector and two assistant sub-inspectors (ASI) have succumbed to the infection in Anand, Mehsana and Surat, the Gujarat Police said.

ASI Chimanbhai posted at Nandasan police station in Kadi of Mehsana, succumbed to Covid-19 during treatment at Asarwa Civil Hospital in Ahmedabad on Tuesday. “Chimanbhai (50) fell ill 15 days ago and was initially admitted to a private hospital in Kadi, Mehsana. However, for the last week he was at Ahmedabad Civil Hospital and Tuesday morning he was shifted to the ICU after his condition deteriorated,” an official at Nandasan police station said.

ASI Nayna Sutaria (46), posted at the deputy superintendent of police’s office in Anand, also succumbed to Covid-19 on Tuesday. “A few days ago, when Naynaben’s health deteriorated, she was taken to a private hospital in Anand for treatment. She died being a frontline warrior,” said a reader officer at the SP office in Anand.

Police Inspector Shankar Lal Gameti, posted at State Reserve Police (SRP) Group-11 at Vav in Kamrej of Surat, succumbed to the infection Tuesday. Gujarat Director General of Police Ashish Bhatia tweeted: “Sad to learn about the demise of corona warrior Shankar Lal Rupjibhai Gameti PI SRP GR 11. May the almighty God give strength to the family to bear this loss.”

Purportedly scared of the second wave of coronavirus in the city, a 75-year-old woman allegedly died by suicide at her residence in Ahmedabad on Tuesday, police said. According to police, Jaylakshmi Patni, a resident of a Maruti Heights society in Vastral area of Ahmedabad, was found dead at her residence Tuesday afternoon. “According to Patni’s son, she was feeling disturbed over the past few days over rising cases of Covid-19 in Gujarat. We have not found any note from the spot and an accidental death has been filed in the case,” an official at Ramol police station said.